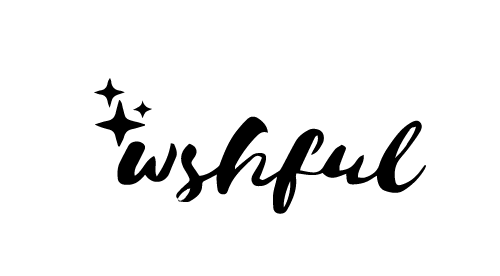 Playing the lottery is one of the biggest gambles. The odds of winning are pretty staggering and while that doesn't mean it's not worth a try (we've all read about the big winners), there are ways to increase chances considerably. There's nothing new about lottery syndicates, but sites like Wshful are taking that to the next level.

The idea is to be able to offer its customers a number of tickets not just for domestic lotteries, but those all over the world. This is an interesting idea, as while the potential winnings are lowered in a syndicate, incorporating multiple lotteries can help to alleviate it – not to mention your overall chances of winning increase.

This is what sets Wshful apart from most other lottery sites: you always play as part of a syndicate. It's certainly a novel approach, but it might not be for everyone – especially if you prefer playing alone.

While the idea of joining a syndicated site might sound complicated, Wshful keeps if very straightforward. Essentially, you pay a weekly fee, which buys you in to a syndicate that plays three of the largest lotteries in the world. Each buy in puts you forward for 20 lines too, which obviously increases your chances of getting lucky in one or more.

Each syndicate is composed of 88 other players and the lowest £3 fee buys you in for four weeks at a time. This is great value, as you're getting access to three lotteries for 50p more than a single EuroMillions ticket. Not only that, because the syndicate is capped at 88, you can potentially get a bigger slice of the winning pie.

What Lotteries are Offered at Wshful?

These are three of the biggest lotteries in the world. According to Wshful, the combined jackpots for all three are over a billion (Powerball alone has had a jackpot of $1.6 billion), so even as part of a syndicate, the potential winnings are impressive. It's important to note that access to the US Powerball is limited by referral though, so if you don't refer a friend, you're really only getting access to two lotteries.

Promotions are another thing that sets Wshful apart from other lottery sites. Most other sites will offer cash back or something similar. At Wshful, you earn Wshful points. Once you earn a certain amount of these points, you'll receive shares for more lottery plays. The only way to earn Wshful points is via referral. It's not a bad scheme, but it's clearly designed to reward spreading the word of the site rather than loyalty, which might not be to everyone's taste.

Banking options are a bit limited at Wshful compared to other lottery sites. There's no Neteller or Skrill here, so you'll have to use traditional methods like Visa, Mastercard or Maestro. It does support Visa Electron, which is a useful addition. If you win over £100, then Wshful will get in touch straight away to let you know. There's also no limit on collecting your winnings, so if you forget you've got winnings to pick up (which is admittedly unlikely), then you don't have to worry about them being lost.

How Do Prices Match Up with Competitors?

When it comes to value for money on syndicated games, Wshful stacks up pretty well. While the mid-range subscription is probably the most cost effective in terms of chances, the fact you can play two (potentially three) of the world's biggest lotteries for only £3 a week is very good.

The higher tier subscription starts getting expensive. Ultimately, the value really depends on your preference. If you like the idea of higher odds and don't mind the syndicate feature, then you'll find this site to be good value compared to other offerings – mainly because the syndicates are smaller and your win chances are higher for the price. If you prefer playing solo, then this site is probably not for you.

"I've spent over 8 years in the iGaming and Gambling Industry across Customer Services, User Experience and Player Operations."