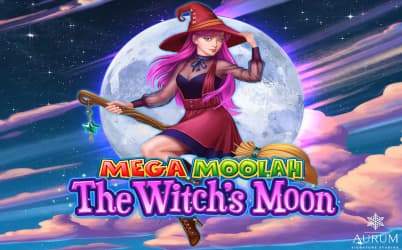 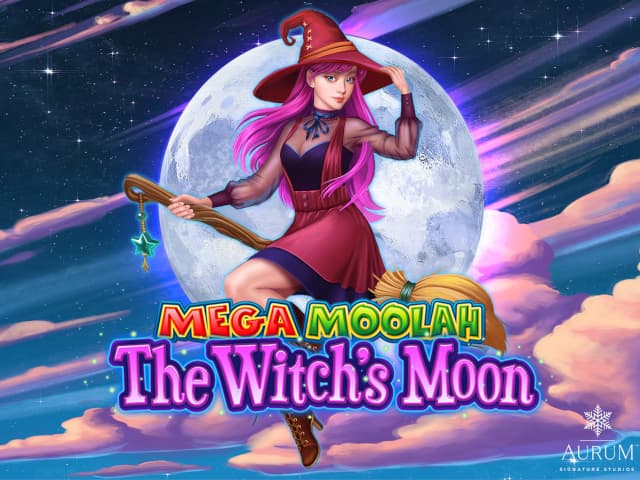 Microgaming’s Mega Moolah progressive jackpot slot series has turned the industry upside down since the first release. It has made dozens of players millionaires and still holds the Guinness World Record for biggest slot win of all time. The popular studio is back with another Mega Moolah title, this time a wild fantasy ride titled Mega Moolah The Witch's Moon.

Like its brethren, the slot will come with low RTP and low volatility and 25 paylines. Its maximum winning potential isn’t in the line wins, but the four well-known progressive jackpots. Microgaming has decided to move the series from a safari setting to a witch’s room, so ride the broom and hit the right symbols if you want to win a life-changing reward at the best Pennsylvania and the best New Jersey slots sites.

The Mega Moolah The Witch's Moon slot will have an RTP of 88.12% and the expected low volatility. It will come with 25 paylines and wins just under 2,000x your wager.

Developed in collaboration with Aurum Signature Studios, Mega Moolah The Witch's Moon has a cartoonish look to it, but don’t let that fool you. This is still a high-paying slot that uses multiplier boosts and other features to spice up your wins.

Its main highlight will be the progressive jackpots, of course, with the largest one (Mega) seeding at 1,000,000 coins.

How to Play the Mega Moolah The Witch's Moon Slot?

Playing the Mega Moolah The Witch's Moon slot will be pretty simple. Microgaming likes to keep things neat and tidy when it comes to layout and design, so expect the controls to flank the reels left and right.

If you have any trouble with the mechanics, the game’s guide can help. Overall, it should be a pretty straightforward slot to play on desktop and mobile devices.

However, this bonus won’t be the Mega Moolah The Witch's Moon highlight. On any random spin you might get a spin on the Jackpot wheel. There are different segments on the wheel to keep things entertaining, with the Mega Moolah network jackpots offering massive rewards. The Mega one is the biggest and often grows much higher than its seeding amount.

Mega Moolah The Witch's Moon will be a low variance slot with an RTP of 88.12%. The maximum winning potential is 1,920x, but that’s not counting the jackpots.

The Mega Moolah jackpot series has been great so far, and Mega Moolah The Witch's Moon will surely be a nice addition to it. If you’re not that keen on witches, you can play the original safari-themed Mega Moolah or the aquatic Atlantean Treasures Mega Moolah.

The Mega Moolah The Witch's Moon online slot will be released at our recommended New Jersey and Pennsylvania slots sites on September 30, 2021.