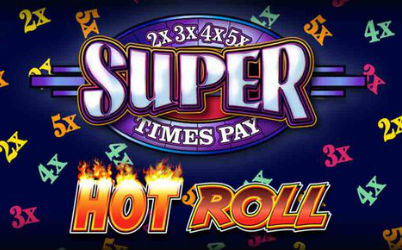 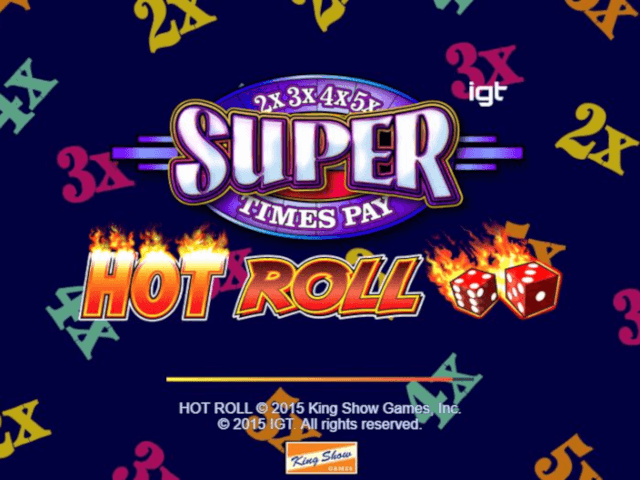 Players have been rolling up to spin the reels of the Super Times Pay Hot Roll slot ever since it was launched in 2016. That’s partly due to the enduring appeal of classic fruit machines such as this, and partly down to the exciting features that make the gameplay far more interesting than most.

The Super Times Pay Hot Roll slot comes from International Game Technology, one of the top developers for land-based, online and mobile casinos. You can play this game across desktop PCs, iOS and Android mobile platforms, which is yet another reason why so many people have been able to enjoy it.

This is a 3-reel, 20-line game which is part of a series of Super Times Pay slots. The ‘Hot Roll’ is a special bonus round where you win prizes based on the roll of a pair of dice, claiming up to 10x your stake with each roll. Other hot features include wild multipliers that can combine to pay out 250x the total bet. That can equal 150,000.00 at the maximum stakes, which will certainly lead to some super times ahead.

You will find the Super Times Pay Hot Roll online slot at some of the best online and mobile casino sites. Read our review of this hugely successful game, then see if you can be on a roll when you play slots for real cash.

This medium volatility game is aimed at the widest possible audience. Frequent payouts, a high return to players percentage of over 96% and ease of use have attracted gamblers of all skill levels. That said, the traditional BAR and 7’s symbols that take up most of the reels will probably appeal more to fans of fruit machines than those who like games based on a particular theme or topic.

Whatever your preferences, it’s definitely worth playing the Super Times Pay Hot Roll slots game. Getting started is just a matter of choosing your bet level and clicking the spin button. Your stakes can be as low as 0.20 per spin, or as much as 600.00, so it’s a game so cover just about all bankrolls.

There is no Autoplay option, or Turbo mode, but you still get to choose how to access the game, either on a desktop computer, iPhone, iPad, or Android powered mobile or tablet. Thankfully, you also get to choose the volume of the soundtrack, which is just a series of beeps and bloops which we turned off pretty much right away.

If you open up the paytable, via a button above the reels, you will see how landing matching symbols across the three reels results in a win. There is also information about how the wild multiplier symbols can boost payouts many times over and how the unique Hot Roll feature works.

The three reels sit against a blue backdrop peppered with different multiplier values, hinting at what lies ahead as you spin the reels of the Super Times Pay Hot Roll slot. While single, double and triple BAR icons will tend to land quite often, what you want to see are the higher-paying blue and red 7’s, as well as the special multiplier symbols.

You will find 2x, 3x and 5x wild multipliers, each able to substitute for other symbols to complete a run of three across a payline and each boosting the win by their own amounts. What makes things even more exciting though is the fact that multipliers combine together when you have more than one on a line. This can lead to huge wins and you only need two multipliers on a line to see a guaranteed prize paid out.

Look out for symbols crossed by the words ‘Hot Roll’. If you see any three across a payline, the unique bonus round begins. The view changes and you will see two dice on the screen. Click to roll them and you collect bet multiplier prizes depending on what is rolled. A 6 or 8 is worth 2x the total stake, 5 or 9 pays 3x and rolling a 4 or 10 will pay 4x. If a 3 or an 11 is rolled, you win a prize of 6x your bet and a 2 or 12 is worth the top prize of 10x.

The best bit is that the rolls of the dice carry on until you roll a 7. This pays 7x your bet, but then ends the Hot Roll feature. Alternatively, if you are very lucky, the round ends after 300 rolls, but as a 7 is the most likely outcome of any dice roll, we think that’s virtually impossible to reach.

Once it’s triggered, you are guaranteed a win of at least 7x the stake, even if the first throw is a 7. Any other result is a bonus, as you still have a 7 to roll at the end of the round.

As we mentioned, the Super Times Pay Hot Roll slot from IGT is one of a series of games. Take a look at Hot Roulette Super Times Pay, which features the same 3-reel layout, but a unique bonus round. When the scatter symbol appears, you touch and drag a ball to send it around a Roulette wheel, winning when it lands on the right numbers.

Play exciting slots and the rest of the IGT range at some of our favorite casinos, where the super times start when you collect bonus funds and free games on registration.