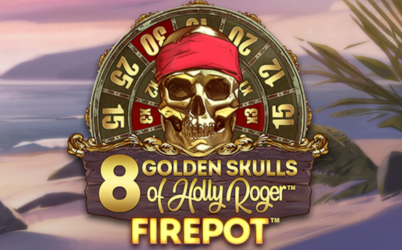 Play 8 Golden Skulls of Holly Roger Megaways For Free!
Bookmark It For Later 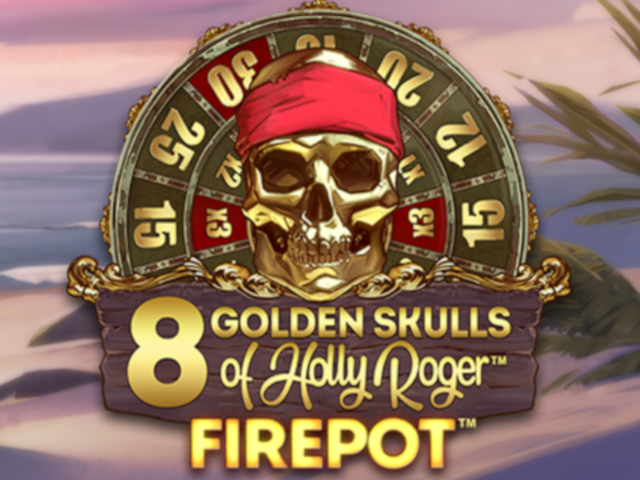 If you can get around the long-winded title, the 8 Golden Skulls of Holly Roger Megaways slot machine is an outstanding game with an exciting theme. Pirates rule the reels of this action-packed game that you can enjoy on PCs, iOS, Windows, or Android mobiles at the best Microgaming casinos.

You’ll uncover a treasure trove of features, such as the Megaways system that gives you up to 117,469 ways to win, Rolling Reels, for multiple wins in a series, free games with multipliers, and jackpots. Collect skulls to win up to 2,000x your wager from these Firepot jackpots. The 8 Golden Skulls of Holly Roger Megaways slot machine has a high volatility and average returns of 96.86%. You can plunder wins of 120,000.00 at the maximum wager.

Explore a Caribbean island, where buried riches await. This tropical landscape sits behind the reels and you’ll see a motley crew of female pirates, playing card icons, and flaming skulls. It’s a colorful game, with semi-realistic images and a rousing pirate-y soundtrack.

Developed by Microgaming and Buck Stakes Entertainment, the 8 Golden Skulls of Holly Roger Megaways slots game is designed for ease of use. Click a pile of coins and you reveal all of the wagering options, which run from 0.20 to a relatively low maximum of 20.00. The arrows in a circle button activates an automatic spins feature, and you reach the paytable with a click on the 3 small lines at the top right of the reels.

You win by matching symbols across at least 3 reels from the left, on any row and here’s where the Megaways system becomes important. Like other games using the same mechanism, the 8 Golden Skulls of Holly Roger Megaways slot sees anything from 2 to 7 symbols on a reel at once. The number varies from reel to reel, and spin to spin, but with more symbols in view, you have more ways to win at the top online slots sites.

A Rolling Reels feature removes winning symbols and allows new ones to drop from above to fill the gaps. If this leads to another win, you get further Rolls, and so on, until no new winning combinations appear.

There’s no wild symbol here, but as an alternative, treasure chests transform into examples of other symbols, helping to complete wins.

Land 4 diamond scatter symbols in any places to launch a free games feature. First, you get to spin a golden skull bonus wheel, which awards between 10 and 30 free games, and then multipliers of 1x, 2x, or 3x that apply to any wins during the round.

The 8 Golden Skulls of Holly Roger Megaways slots game features Microgaming’s Firepot Jackpot. You scoop any of 6 non-progressive prizes with skull symbols, and wins range from 3x your wager from 3 skulls, to 2,000x for 8 or more. Skulls build up during any series of Rolling Reels, making it easier to collect enough for a big win.

An unusual, but very welcome feature, is that any free spins multipliers also apply to the Firepot jackpots.

The biggest Firepot jackpot, combined with a 3x free games multiplier is worth 6,000x your wager. That equals a cash award of 120,000.00 from the maximum wager of 20.00 per spin. The 8 Golden Skulls of Holly Roger Megaways online slot is a high volatility game and the long-term return to players percentage is an excellent 96.86%.

The maximum wager is a little low, but certainly not bad, and there’s no wild symbol. These points aside, the 8 Golden Skulls of Holly Roger Megaways slot machine is a superb game with fantastic bonuses.

It becomes much easier to win with more Megaways, and at the highest possible 117,649 ways, you should be able to land multiple wins at once. Rolling Reels, symbol transformation, and jackpots keep the base games exciting, and free spins with multipliers potentially tripled can make this hunt for treasures a highly rewarding experience.

Meet Holly Roger and her crew at the best online casinos.