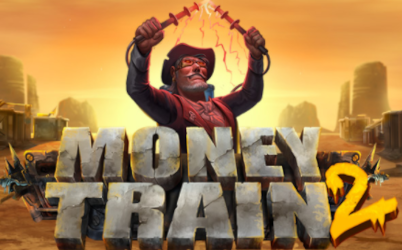 There’s a massive prize of up to 50,000x your stake to win from the Money Train 2 online pokie from Relax Gaming. It’s a Wild Western-themed game with a high volatility and average returns of 96.4%. Money Train 2 is packed with features, such as respins with guaranteed wins, and a free spins round with sticky multiplier symbols on an expanded number of reels. 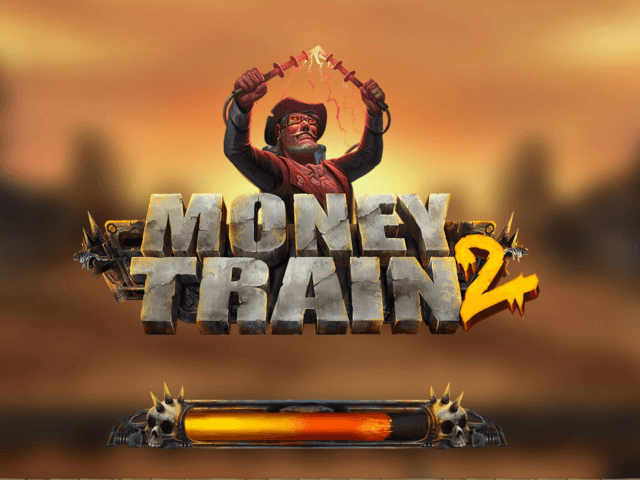 As the name suggests, Money Train 2 is a sequel to an already-popular pokie. It uses similar high-quality graphics and features 4 playing card symbols and 5 Western characters in a Steampunk-style setting. A skull wild symbol pays the top prizes, while also standing in for others if it can complete a line across the 5 reels and 40 paylines.

The reels sit against a railway wagon in a sci-fi Western township and it’s designed to look great across PCs, iOS, Android, and Windows mobile smartphones and tablets.

Playable for low to medium stakes, you win prizes when matching symbols across lines from the left side. Bonus symbols trigger respins of the reels which carry on until you land a win, and with an increasing multiplier on each respin, this is a feature where you actually want to see as many losing rounds as possible!

During a free spins feature, special symbols appear, awarding a wide selection of extra treats, such as further multipliers and extra spins.

How to Play Money Train 2 Pokie

It’s very easy to set up, and you just click the little stack of coins on the controls to open up the staking options. If you like to relax as the reels spin on their own, click the arrow in a circle, and the double-arrow button launches a fastplay mode.

With so many bonuses at the top online pokies sites, it’s wise to check out the paytable before playing, and you open it up with a click on the 3 little lines in the bottom right corner of the screen. As well as further details on the features, the table lists how much you win from each symbol, with playing card suits valued at up to 5x your stake, and the wild worth 20x.

A cog-shaped bonus symbol in any 2 places will reveal a multiplier value, then trigger a series of respins. These carry on, with a rising multiplier applied to every losing spin, until you land a winning combination, so the longer you have to wait for a win, the higher the multiplier.

Three or more bonus symbols start the Money Cart bonus round, with the triggering symbols revealing multipliers. Only Persistent symbols, which stick to the reels, characters, or multipliers appear here. If you fill a reel with matching symbols during the following spins, an extra reel is added on, and this can happen twice, to give you a maximum of 7 reels. Multiplier or special symbols reset the number of spins back to 3, so this feature can go on and on. The various characters and bonus symbols add multipliers, combine all multipliers in view, or add extra spins to your total.

A high volatility means that relatively infrequent winning spins are offset by comparatively high-value prizes, and the Money Train 2 pokie has an excellent average payback percentage of 96.4%.

The impressive graphics are a perfect match for the ingenious gameplay and features. While you should see a decent number of winning spins in the base games, it’s during the Money Cart bonus round and respins that you are likely to see the greatest rewards.

If you like great-looking Western pokies and want to enjoy some unusual features, then be sure to play the Money Train 2 pokie. Anyone who prefers more conventional gameplay should try the Wild Train pokie from Play’n GO, where during a free games feature, trains add extra wilds to the reels.

These games and many more are found at the best online casinos featured right here at gambling.com. Start your wild western adventure when you play the Money Train 2 pokie today.