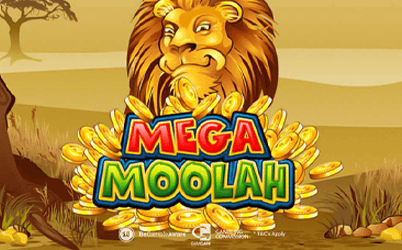 Progressive slots have long grabbed the attention of most slot enthusiasts but some of those progressives have even pushed ahead of the others, establishing themselves at the top of the industry, like Microgaming's heralded Mega Moolah online slot.

Play Mega Moolah For Free!
Bookmark It For Later 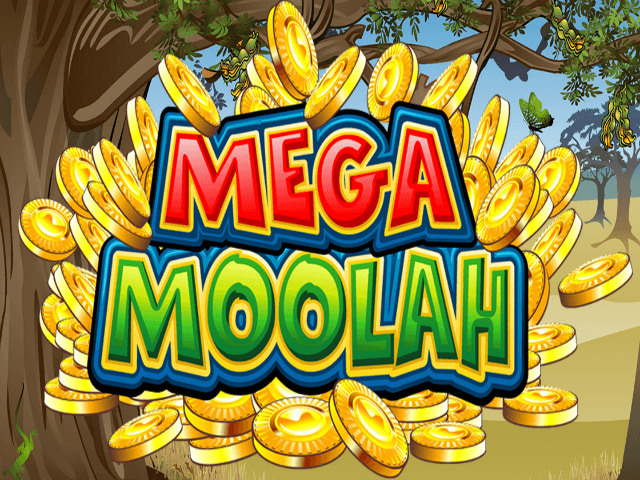 The Mega Moolah online pokie was launched by leading developer Microgaming back in 2006 with the aim of becoming the biggest online and mobile progressive jackpot pokie game in history. It certainly achieved that aim, with over NZ$1 billion in prizes paid out since it was released. Individual jackpots often hit NZ$1 million, with the top winners collecting prizes of NZ$10 million or more. It’s officially listed in the Guinness Book of Records for paying the biggest online progressive jackpot.

Mega Moolah is a 5-reel, 25 payline game with an African wildlife theme. The cartoon animals lead to features such as wild substitutions and a free spins round with wins multiplied in value. But it’s the chance to collect a life-changing progressive jackpot prize that’s kept the Mega Moolah pokie popular.

It’s so successful at online casinos that you can now play a whole series of Mega Moolah pokies, each with their own theme like the Absolootly Mad Mega Moolah online pokie, but all linked to the same jackpot.

Mega Moolah Winners – The Biggest Jackpot Winners in the World

Winners of multi-million jackpots from the Mega Moolah pokie from Microgaming include the following:

The Mega Moolah online pokie is a medium variance game. Including the jackpot, average returns come in at 96%.

How do you win the Mega Moolah jackpot? There are actually 4 progressive prizes here, each increasing in value as a small percentage of all stakes gets put aside. The jackpot round triggers completely at random, so you never know if your next spin at a top online pokie site is going to be the one that changes your life.

It plays out on a bonus wheel, filled with different-coloured segments. You spin the wheel and collect the prize that stops against a pointer on the left.

Once a Mega Moolah jackpot is won and someone has picked up a huge payout, the value drops to the base level and starts to rise in value until the next lucky player enters the round. Once triggered, a win is guaranteed.

A smiling purple monkey is the key to the Mega Moolah online pokie bonuses. If it lands in any 3 or more places at once, the monkey grants 15 free games, and during the bonus feature, any wins are tripled in value.

The lion is a wild symbol, and he acts as others to complete winning combinations if needed. Any wins made with the help of the lion are doubled.

How to Play Mega Moolah Pokie

It’s easy to play the Mega Moolah pokie game, making it suitable for everyone. Just choose your bet level from between a min bet of NZ$0.25 and the max bet of NZ$125.00 per spin using the straightforward control buttons, and you are ready to go.

Other cartoon creatures include a zebra, buffalo, giraffe, and elephant. These pay higher prizes than the colorful playing card symbols in the base game, so expect to the see them slightly less often. Like most pokies, you win when at least 3 examples of the same symbol land across a payline, starting from the left side.

Our recommended online casinos get new players started with a fantastic selection of welcome bonus offers. You can even claim free funds and spins on pokies games without having to make any deposit at all!

Extra rewards can include bonus money on top of your first deposits, giving you extra credits to wager on the top pokies. Further free spins are often available, and once standard terms and conditions are met, you can cash out any winnings from the free games.

It’s always important to read and understand the terms and conditions attached to bonus offers. These can include wagering turnover requirements, cashout limits, and eligible games. Because it carries such a massive jackpot, Microgaming’s Mega Moolah is sometimes excluded from bonuses. Just check before playing.

The Mega Moolah online pokie from Microgaming was an early mobile-compatible game. You can play it on iOS, Android, and Windows smartphones and tablet computers without any compromises.

Many of the top mobile casino sites offer a dedicated app. For those that don't, the game can still be enjoyed in full using a mobile browser. You'll find who carries Mega Moolah in our list of the best Microgaming casinos.

It’s possible to claim Mega Moolah free spins, which is a perfect way to learn the features and get a handle on the look and feel of the game. Once happy, you can then play for cash and start claiming real prizes.

Not all casinos are created equally. We’ve done the hard work and found the very best online casinos that feature the Mega Moolah progressive pokie game. These are all trusted, secure casinos, with welcome offers such as bonus spins and bonus funds available for new players.

Why are Mega Moolah pokies so popular?

The combination of a fun style, generous bonuses, and chance to scoop a multi-million jackpot have combined to make the Mega Moolah pokie one of the most popular in history.

Is it really possible to win the Mega Moolah jackpot?

Absolutely! The jackpot pays out the top prize on a regular basis. Because it’s played by so many people, the jackpots can rise to huge levels very quickly.

Where can I play Mega Moolah pokies for free?

Just follow the links to the best casinos that offer Mega Moolah free spins no deposit versions of this and other top-rated pokies games.

Can I win real money on Mega Moolah jackpot pokies?

The high average return to player percentage and medium volatility means that you could easily be a Mega Moolah winner. Like all Microgaming pokies, it’s fully licensed and certified to play fair at all times.

What is the best casino to play Mega Moolah jackpot pokies?

It’s easy to find the best online and mobile sites which feature the Mega Moolah pokie machine. Just follow the links to our carefully selected casinos.

No. The Mega Moolah online pokie can be played on PCs and mobiles without the need to download any software at all. It’s accessed via a browser, although mobile apps are available if you prefer.

The jackpot wheel feature is triggered at random. It adds to the excitement, as you could enter the feature at any time, although landing the Mega jackpot is more likely at higher stakes.

Should I always bet maximum on Mega Moolah jackpot pokies?

You win higher prizes at higher stakes, and as mentioned above, your chances of claiming the Mega Moolah jackpot goes up when you bet more. Always play within your limits.

We constantly monitor casinos and whenever they release Mega Moolah promo codes, you’ll find them via this site.

What is the biggest ever jackpot won on Mega Moolah?

What other games should I try if I like Mega Moolah pokies?

Other vast progressive jackpot pokie games include Mega Fortune from NetEnt, and Jackpot Pinatas, from Realtime Gaming. If you just like the African wildlife theme, try the popular Raging Rhino pokie from WMS.