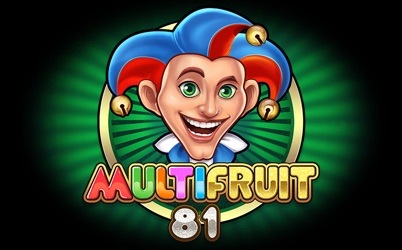 Even though online slots have progressed since the days of one-arm bandits, there’s a certain nostalgia that we can’t seem to let go of when it comes to fruits and bars. If you look across the online casino industry, you’ll find myriad classic slots that hark back to the days when the internet was nothing more than a pipe dream. Helping to keep this tradition alive is Play'n GO's Multifruit 81 online slot. Released in 2017 and known as a high variance slot, this game boasts an impressive RTP of 96.55% and an even more impressive jackpot.

Play Multifruit 81 For Free!
Bookmark It For Later 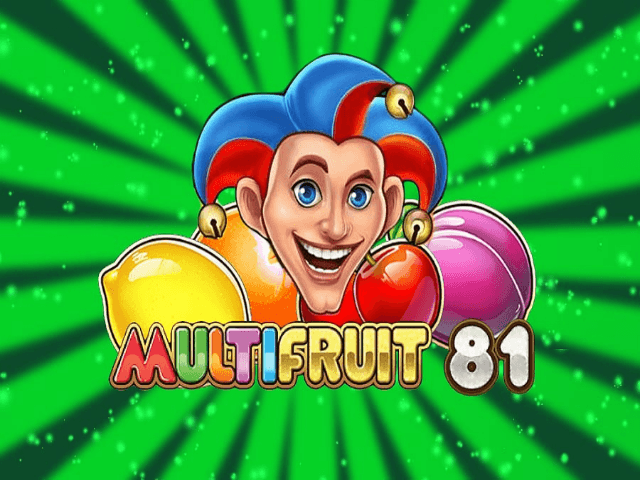 Play Free Demo
Version Directly in Your Browser
Play Multifruit 81 For Free!
Bookmark It For Later

One of the most interesting things about this slot is that its looks are deceiving; it has only four reels. Because most online slots have three or five reels, people assume that four is a strange number and, therefore, not conducive to big payouts. However, the reality is that four reels doesn't hurt your potential. By squeezing 81 paylines and some clever features into this game, Play’n Go has infused the Multifruit 81 slot with a five-figure jackpot. That fact alone is enough to make this game an unassuming threat to even the most elaborate video slots out there.

From an aesthetic perspective, Multifruit 81 is a simple slot to look at. The 2D structure means it works on any device and the lack of clutter ensures you don’t lose any detail when you switch from your desktop to your mobile. Yes, there are some who will feel the look is a little too basic. It’s important to remember though, that Multifruit 81 is trying to conjure up memories of pub fruit machines. Therefore, just like its live counterparts, this game is all about what happens on the reels rather than around them.

To set the four reels and 81 paylines in motion, you’ll need to wager at least 0.02 coins. For those with more to spare, the maximum bet per spin is 100 coins. Whatever level you play at, the payout table has instant wins ranging from 0.01 at the lowest level to 50,000 at the top stakes. When you combine the joker symbols in the right way, you’ll have the ability to bank equally impressive prizes without rolling in the jackpot. Before we talk about that, the final thing to note is the speed of Multifruit 81. Because of its simple design, you can roll through a single spin in less than three seconds. Compared to other online slots that can take upwards of five seconds, this means you’ll be able to get more from your time online, especially if you use the autoplay function.

As we’ve said, the Multifruit 81 online slot jackpot is 50,000 coins. However, there are ways to bank upwards of 10,000 when the jokers come into play. In the first instance, the joker acts as a wild as well as the jackpot symbol. In normal play, this means the wild will substitute for any fruits or bars. Where Multifruit 81 goes one better than the average slot is by highlighting a random reel on each spin. Anytime a joker lands on the highlighted reel, it will expand to cover all three spots and, in turn, give you more ways to win.

If that’s not enough, the wilds also act as multipliers. If you make a winning combination with two jokers, your payout will be doubled. Do the same with three jokers and it’s a 5x boost. Of course, if you line up four jokers, you won’t need to worry about multipliers as you’ll bank the jackpot. However, by using three wilds and the right additional symbol, you could still win some serious prize money.

Overall, Multifruit 81 is a simple yet effective online slot. Those who yearn for a bit of nostalgia will have a lot of fun with this game, while serious spinners will see some value in its no-fuss design. If there’s one black mark against this Play’n Go product, it’s the lack of bonus features. free spins and interactive bonus rounds are seen as a standard in today’s gaming world, and to omit them is an oversight, in our opinion. But it’s also possible to argue that fruit machines weren’t always big on bonuses, so it all ties in with the overall theme.

This fact aside, Multifruit 81 is a neat game that has something for everyone. What’s more, it fits into the current crop of classic slots out there. From Yggdrasil’s Joker Millions to Green Tube’s Extreme Riches, there are plenty of fruity spinners on the market today. With that being said, Multifruit 81 is certainly able to compete with the most popular titles, which is why it’s worth checking out if you’re a fan of online fruit machines.