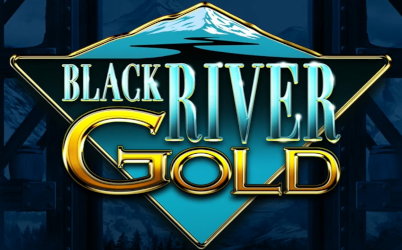 The upcoming release of Black River Gold offers plenty of promise for slots players who enjoy the mobile gaming experience in particular. Developed by the renowned gaming providers ELK Studios, this treasure-based title is set to be released in early May but, as yet, minimum and maximum bet limits have not been nailed down. However, a Return To Player (RTP) percentage of 96.1 suggests this slot will meet the expectations of a typical slot player at the very least.

With Black River Gold still in production, we can’t offer an overly conclusive preview, but we’re confident it will be up to the very high standard of similar online slot releases from ELK, such as their other treasure and gold themed games Ecuador Gold and Tahiti Gold.

Its maximum win policy of 2500 x your bet will appeal to those who go looking for big wins, despite the uncertainty of the maximum pay-out, although Tahiti Gold by ELK carries a €500,000 maximum win, so we’ll be disappointed if it’s anything less for Black River Gold.

That will not put off most slot players, though, who will also be accustomed to the standard 5 reels with 20 paylines format. Moreover, the wilds will entertain users along the way in search of treasure and gold.

How To Play Black River Gold

If other games from ELK’s Gold Series are anything to go by, Black River will be a very comfortable playing experience for iOS and Android mobile users, of that you can be sure.

If you prefer to play slots on a desktop or laptop, we can expect gameplay to work best in 1600x900 resolution, or 16:9 if scaling is required. That has been the case with other recent ELK releases anyway.

If resolution tech talk is alien to you, fear not, because ELK’s games use state of the art web technologies, including support for canvas and WebGL. That means the capabilities of your device will be picked up and optimised accordingly, regardless of whether you’re on desktop, tablet or mobile.

The most recent release from the Gold Series was Voodoo Gold – which had up to 262,144 ways to win, incidentally – last October, and given how engaging that was on a handheld device, we’re anticipating an even more mesmerising game in Black River Gold, whichever way you play.

ELK Studios have so far been coy on what exactly to expect from Black River Gold, but we do know that it will be made up of wilds, scatters, free spins bonus rounds and various other features to enhance general gameplay.

You can expect to play 20 paylines with real money and free bonus games, and with the highest possible pay-out being 2500 x your stake, there will be opportunities to win big with our estimated maximum win of €500,000.

The maximum possible win will depend on an enormous amount of spins, but the RTP of 96.1% will see a good portion of players earn dividends. Black River Gold will have a free spins bonus game too, further reason to believe that this video slot will produce some seriously big wins for real money players!

As yet, volatility is not conclusive, but as mentioned already the RTP is a fairly decent 96.1%, plus 5 reels with 20 paylines, making this a promising product for players looking to win big.

Based on other releases from Swedish developers ELK Studio’s Gold Series, we’re predicting a maximum win of €500,000 on the back of 2500x your stake being the highest possible win for a user.

There is also the prospect of progressive jackpots being a feature, which we’ll find out in due course. Either way, if you’re looking to play with real money, Black River Gold won’t disappoint.

If you’re not sure if Black River Gold will be for you but remain intrigued, have a play on the free demo versions of ELK’s other ‘Gold’ products – Ecuador Gold, Tahiti Gold and Voodoo Gold.

If searching for treasure and gold whilst being immersed in a gripping storyline adds to your enjoyment of a slot game, then this could well be up your street.

Users of mobile devices will likely benefit from a greater gaming experience, but don’t be completely put off if you plan to play via a desktop or laptop computer.

Gambling.com will be on hand to fully review the game upon its release, whilst we’ll endeavour to update you with finer details on Black River Gold as soon as we get them. In the meantime, you might want to check out our recommended online casino sites in anticipating of this release.

When will Black River Gold be released?

The one thing we’re absolutely certain about is that Black River Gold will be released on May 5, 2020. That much has been confirmed by ELK Studios, and more information – possibly even a demo – is expected to be released towards the end of April.