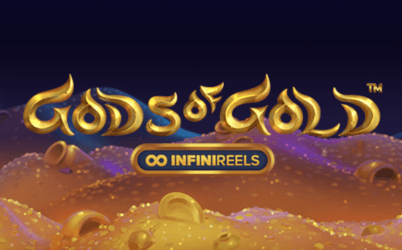 Powered by the online slot experts over at NetEnt, Gods of Gold Infinireel is the latest in a line of impressive online slots from the experienced developers. Played on a 3x3 reel, there are 27 ways to win originally but using the innovative InfiniReels engine, new reels are added as wins tot up. Gods Of Gold Infinireels just dropped at top online casinos in May 2020, and the experts at Gambling.com are here to provide you with our full review.

Play Gods of Gold Infinireels For Free!
Bookmark It For Later 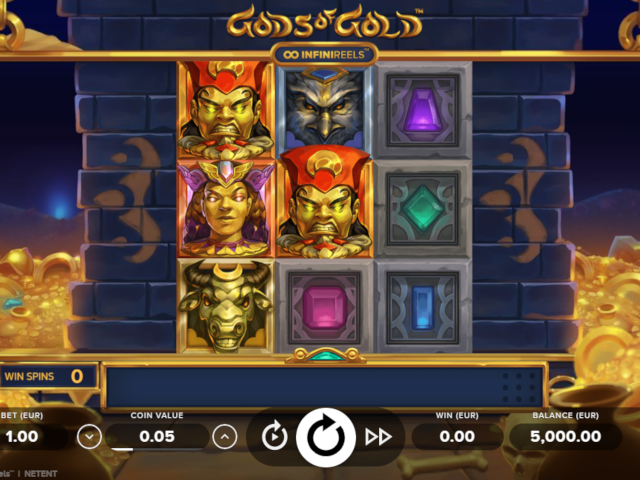 Money will be on your mind when you enter the luxury treasure room at the Gods Of Gold Infinireels slot. The clue is in the name, and Gold is certainly a centric theme in this lavish, simplistic slot. It features a top-of-the-line Babylonian theme themed slot that combines vivid imagery with and impressive games engine, NetEnt have dished up the perfect experience to try out at your favourite slot site.

NetEnt have set the minimum bet to £0.20 and the maximum as high as £100, meaning this new title caters for both high rollers and those of us who prefer to play with smaller amounts. A convenient Autoplay function allows you to spin up to 1000 times, with a handy advanced settings option allowing you to tweak where this should stop on any given win or if your balances increase/decreases by a certain amount.