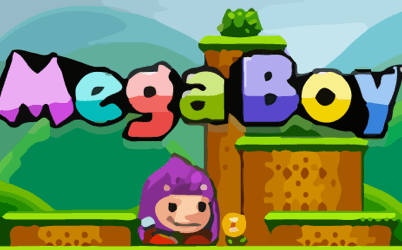 iSoftBet's dedication to continuing on the original slot concept tradition of its predecessors resulted in this modern release of a slot game sure to bring you back to the days of video gaming in the 80's and 90's.

iSoftBet, the London-based game supplier behind this wonderful slot offering, didn't follow suit with their competitors leaving original slot creation behind for branded slots. Instead, iSoftBet secured the coveted branding deals while also not forgetting the value in original concepts. This dedication to embracing original slots is manifested in their 2016 release of the Mega Boy online slot game.

Major slot releases occurring these days seem to always feature a topnotch brand or a captivating theme but rarely anymore do the most elite suppliers release a completely new and unique slot game with no special title or connection like they did in droves during the industry's infancy. Long before this slot's providers established themselves among the elite online casino software suppliers, slot game releases featured original themes like Desert Treasure or Beach Life but now most slots released these days feature TV and movie brands like Justice League or Planet of the Apes.

iSoftBet's Head of Sales, Luci Apostolou, expressed their satisfaction with the original concept slot and are proud to carry on the original slot concept tradition:

"iSoftBet’s original content collection continues to grow and improve, and Mega Boy is a true testament to the innovation and expertise of our in-house development team."

iSoftBet, the team that brought you slot titles like Rambo and Beverly Hills 90210, has put together a truly spectacular slot offering as they expand their partnerships to some of the largest casino operators on the planet. The slot's release received a lot of press due to its release date corresponding closely with their announcement of partnerships with Paddy Power, Ireland's premier bookmaker, and Leo Vegas, Sweden's prized gambling operator - which all came on the heels of their UK gambling license approval.

This stellar, original slot concept was the first big release by the supplier since securing the huge partnerships. This means it was at the forefront of many conversations and plastered across the different iSoftBet casinos. It's success continues to hinge on the iSoftBet development team's dedication to creating a captivating 3 reel, 25 payline slot from a truly original concept.

Despite the 16-bit video game theme which drives the game's aesthetics - it looks and feels like an old Mario Bros. Nintendo game - the modern offering comes with all the most cutting-edge features. In line with the old retro theme, symbols include traditional card symbols, cherries, stars and bells. There are two unique modes to keep an eye out for when one of two special characters appears on the middle row of the third reel. Both modes offer power-ups like expanding wilds, multipliers and wild transformations. There is also a regular wild to boost your winnings even further.

iSoftBet's dedication to continuing on the original slot concept tradition of its predecessors resulted in this modern release of a slot game sure to bring you back to the days of video gaming with Mario, Luigi and the whole Nintendo gang.