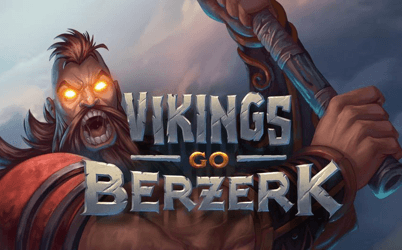 If you thought Vikings Go Wild was good, wait til you see them going Berzerk! The sequel to the hugely successful Yggdrasil title is filled with all thrilling features seen in the original, including some fantastic new additions and a 96.1% RTP! Find out more about them in our full review of the Vikings Go Berzerk online slot.

Play Vikings Go Berzerk For Free!
Bookmark It For Later 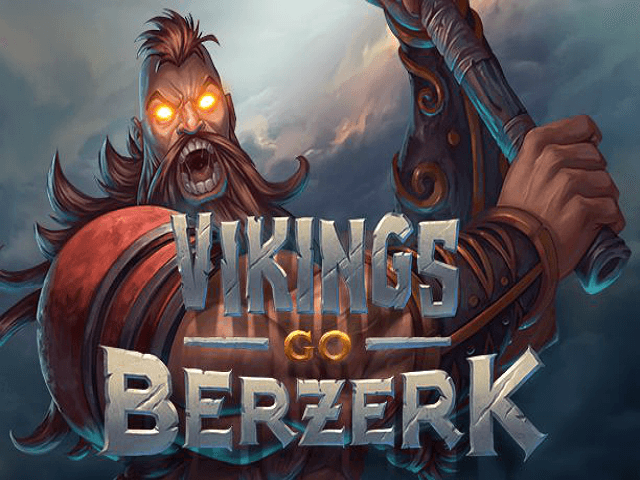 Given the incredible popularity of the original game, it’s no wonder that software developer Yggdrasil Gaming was so keen to deliver a follow up to its flagship title, Vikings Go Wild. And that’s exactly what it's done with the riotous Vikings Go Berzerk, which features a bounty of special features and side games.

The sequel in the Viking line of slots serves up many of the thrilling features that made the prequel such a huge success, while also building on the franchise with some fantastic new additions. Vikings Go Berzerk is a high-octane romp that delivers edge-of-your-seat excitement. So hop aboard the good ship Yggdrasil and set sail for the land of plenty (of wins)!

From the moment you load up Vikings Go Berzerk and the stunning cut scene intro starts playing, you know you’re in for something very special. Those pleasing aesthetics continue throughout the game, including in the backdrop to your reels, which is a beautifully rendered Norse ship ready to cut through the ocean and lead this merry band of adventurers into all manner of chaos.

The main game is played out on a five by five reel set featuring 25 paylines and the symbols here are the motley crew of Vikings that the title suggests may just be on the edge of madness. Match three or more on a payline to net a prize. This being an Yggdrasil title, you just know there's more to it than meets the eye. Vikings Go Berzerk is packed with features and special symbols, so let’s dive right in…

First things first, an introduction to the two special features that govern this slot title. These are Rage and Berzerk and anyone who's played Vikings Go Wild will know the tantalising potential these offer. Each time you land a winning spin with one of the different Viking characters, they build up their Rage meter. This accumulates, creating bigger payouts, until the power bar is full. At this point, seven free spins are awarded with that individual Viking in ‘Berzerk’ mode.

This Berzerk mode comes to fruition in the free spins round, where an evil Siren will attempt to prevent the Vikings from becoming sticky wilds. When in Berzerk mode, she stands no chance of stopping them! The dedicated free spins symbol decides upon your allotted number of freebies; a trio secures seven free spins, a quartet nets 14 and a full nap hand awards 21 free turns to make the most of.

Prior to the free spins round starting, all players are rewarded with a bonus. These range from Berzerk mode to additional freebies, sticky wilds, wild reels and more. The wild symbol, both in the main game and the free spins bonus, substitutes for all other symbols. And if all that wasn’t enough, there is one more icon to look out for: the treasure chest.

This will appear randomly on the fourth and fifth reels both in standard and free spins play and contains a bounty of five prizes inside. Players get to choose one, with the options being free spins, wilds, wild reels or handsome cash prizes. These Vikings have gone Berzerk with generosity!