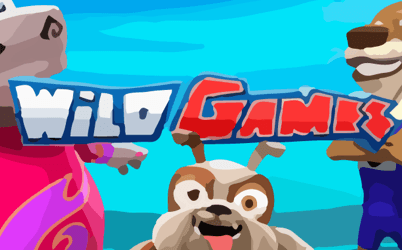 The London Olympics might be a distant memory, but this Games-inspired slot still carries the flame. The Wild Games online slot delivers an experience that's packed with bonuses, big wins and quirky design features - enough to give any slot game a run for its money.

Play Wild Games For Free!
Bookmark It For Later 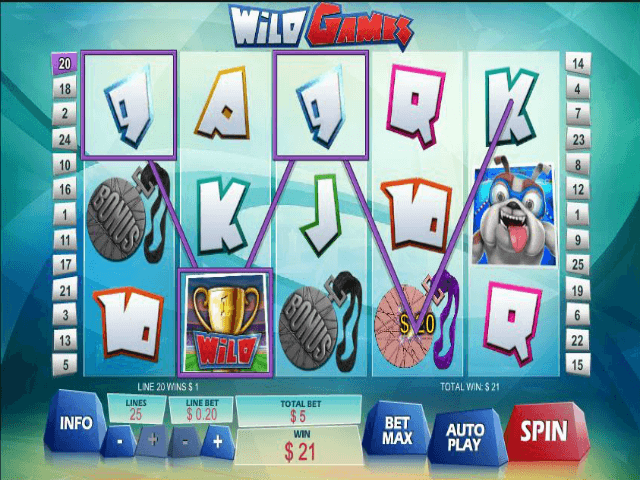 The London Olympics might be a distant memory, but this Games-inspired slot still carries the flame. Wild Games delivers a slot experience that's packed with bonuses, big wins and quirky design features - enough to give any slot game a run for its money.

Taking the form of an animal-themed Olympics, Wild Games features a swimming bulldog, an athletic cheetah and a hippo gymnast. It's admittedly a tad silly, but endearingly cute, too. And if you're worried that Wild Games is all gimmicks and no gameplay, fear not. You can be reassured there's plenty under the surface to appeal to hardened gamers who want more than just an agile hippo.

This animal slot boasts five reels and 25 paylines. Players can choose how many paylines to play with, but we suggest activating all 25 of them to never miss out on any winning combinations. Bets range from 0.01 to 10 per line, meaning you can start spinning from as little as 0.01, all the way up to the maximum of 250 per spin. So, no matter what your budget is, you’re always in a chance of winning the Wild Games. There’s no Auto Play function, but a little exercise is expected in a game that’s inspired by the Olympics.

Many games have just one big win symbol before the inevitable downward curve in payouts. In contrast, each of Wild Games' three mascots - the bulldog, the cheetah and the hippo - pay big, rewarding players with 1,000 coins for landing five on a single spin. And reaching this goal is made easier by the trophy Wild symbol, which appears regularly throughout the game.

There's also triple the chance of landing the Pick a Medal Bonus feature, represented by gold, silver and bronze medals. Achieving three or more podium finishes allows players to select a medal and win an instant cash prize. If you’re lucky enough to snatch five golden medals, you will be awarded with a cash prize of 80 to 100x your bet. Even these represent just half the bonus features on offer. The bulldog, cheetah and hippo not only offer big wins - if any one of them covers the middle reel from top to bottom (i.e. fall stacked) then a special free spins feature is unlocked.

Each character has its own special mini game to determine bonus features. The bulldog launches a Freestyle Swim Bonus, where players pick one of three dogs that compete in a race. Eight free spins are awarded. If another medal appears on the reels during the free games, more free spins will be awarded. The cheetah triggers the 100m Dash Bonus, which determines how the bonus Wild symbols behave. The golden medal becomes extra wild and expands, the silver medal becomes extra wild and randomly clones another wild on the same reel, while the bronze medal just becomes extra wild. Finally, the hippo activates the Balance Beam Bonus, which determines a bonus win multiplier. Again, eight free games are awarded and the multiplier is based on how the judges rated your performance (somewhere between 6 and 10x).

With so many entertaining bonuses packed in, it's easy to see why Wild Games remains a winner.