With a few big moves, signings, and trades, the NHL free agency period created the potential for some shifts. Understand that these are the long, bleak days of summer. Any change is usually slightly slower for the NHL on most Canadian, American, or European sites.

Alas, there will be a definite fallout between the latest deals and the ones yet to come that could change your NHL betting approach.

Here is a quick look at what has transpired and what could change first.

Few expected Johnny Gaudreau to sign in Columbus, but not many people saw Patrik Laine re-signing in Columbus after the last few coaches in town. Yet, Jarmo Kekalainen found a way to get Laine to sign on the dotted line. The Finnish star signed a four-year, $34.8 million contract.

Gaudreau has a fellow winger to be paired with. This move put Columbus $6+ million over the salary cap. Another trade had to come to get the Blue Jackets closer to the $82.5 million magic number.

That came as a trade as Oliver Bjorkstrand was traded to the Seattle Kraken. Columbus received a third and fourth-round draft pick for 2023. The good news is that the Blue Jackets are less than a million dollars over the cap. What was terrible was losing Bjorkstrand for nothing.

The Blue Jackets’ forward had a team-friendly four more years and $5.4 million left on his deal. He got married, bought a house, etc. On the other hand, Seattle picked up a top-line option.

BetRivers CA Sportsbook Review
19+. Ontario Only. Please play responsibly. If you have questions or concerns about your gambling or someone close to you, please contact ConnexOntario at 1-866-531-2600

The Florida Panthers were not happy about losing to the Tampa Bay Lightning last year the way they did. Florida got pushed around in the crucial moments of each game.

It was a sweep that did not feel all that much like a sweep. The Panthers had chances but just could not convert in the big points. It was like they were missing something.

That burning question is this. Is Matthew Tkachuk the answer to cure enough of Florida’s problems versus the top teams? The Panthers were one of the season’s best teams, only to wilt under the Lightning pressure in Round 2. Even against an understaffed Washington Capitals team, Florida faced a difficult time. Only after the injury to Tom Wilson did the Panthers’ fortunes improve.

The exchange of conditional picks aside reveals a nuts and bolts end of this trade. Tkachuk first signed an eight-year, $76 million extension to go to Florida. Yes, this is like the Volkswagen “Sign Then Trade” promotion. Then, Calgary received Jonathan Huberdeau, MacKenzie Weegar, a prospect, and a conditional 2025 first-round draft pick.

Huberdeau and Weegar are in the last year of their deals before they hit free agency. Not often does one see a 115-point player traded, but now two have shifted teams in the past couple of weeks. The odd thing for bettors is, does this truly make Florida better? The Panthers are more challenging to play against, but depth could become quite an issue.

Yes, Calgary could flip one or two players for their rebuild. The Flames were locked to make the playoffs before free agency. Their numbers will drop. How much remains to be seen?

Florida’s numbers are still entrenched in second place, ranging from 7.00 to 10.00 depending on the Canadian site and +600 to +900 on most American sportsbooks. That should shorten just a bit as the Panthers will again become a trendier pick over the Toronto’s and Tampa’s of the world.

As for Calgary, the Flames have dipped already. They were around 15.00 before free agency and have dropped to about 20.00. Those numbers expect to lengthen some more.

And Then More Fallout

Even without a move on Nazem Kadri, Colorado still tops the list to repeat as Stanley Cup champions. Do not expect too much lengthening here, as the Avalanche has more than enough depth. Expect to stay around +400 or so (5.00 for our Canadian sports wagerers) for the foreseeable future.

As for Toronto, the Maple Leafs are the Maple Leafs. Kyle Dubas and company are content with what they have (Matt Martin-Ilya Samsonov combination in goal) while making minor tweaks to the roster. Toronto is nestled between Florida and Tampa Bay in odds projections.

On the other hand, the Ottawa Senators are +5500 on DraftKings (56.00 on Ontario sites). However, some sportsbooks like Sports Interaction have them at 48.03. The value increases for the Senators after the acquisition of Alex DeBrincat. Ottawa has upgraded on defense, goaltending, and particularly the offense. They will be a fun team and tough to play against. Ottawa could make the playoffs and may see their odds further shorten.

Here are the top five teams from an odds standpoint.

Our projections expect to keep these relatively in order as Carolina then Edmonton could battle for the fifth slot as training camp approaches.

Now, there is a quick skinny as Ottawa could crash the hierarchy of Canadian teams a bit. They may be the third best behind Toronto and Edmonton.

Finally, watch for value wagers on teams like the Nashville Predators. At around 40 to 1, the Predators have a healthy goaltender, signed some scoring depth in Nino Niederreiter, and re-signed Filip Forsberg.

Teams like the Vegas Golden Knights (20 to 1) and Boston Bruins (35 to 1) are the ones to hold on. Vegas has injury issues and obstacles.

Boston can become intriguing depending on Patrice Bergeron and David Krejci. There are two windows. One is right before training camp, and another would be before Boston’s injured players returned.

These middle-of-the-pack teams have the most value. Once again, happy number hunting! 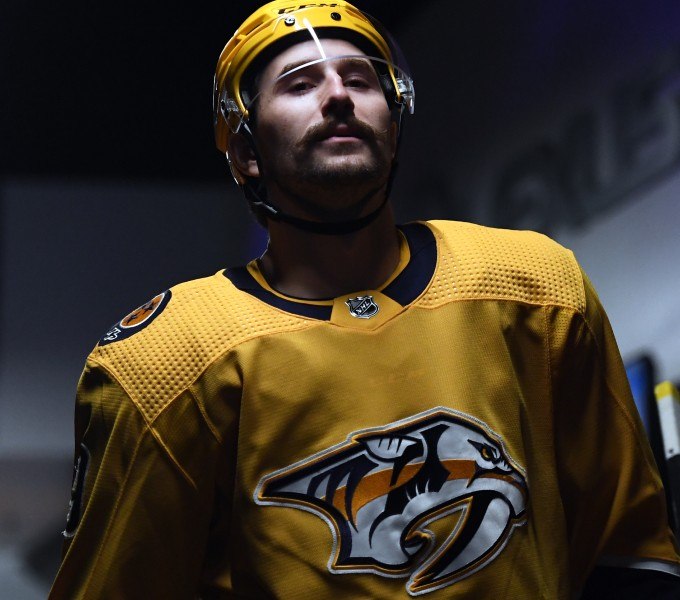 © USA Today
Grant McQuillan
3 mins
Looking ahead to Canada's Friendly Ahead of World Cup
Two months out, how is the Canadian team shaping up before the World Cup?

© USA Today
Viky Refalo
8 mins
Emmy Predictions 2022: Who Will Win an Emmy Award?
We take a look at the Emmy nominees for the top categories in drama, comedy and limited series.

© USA Today
Grant McQuillan
5 mins
UFC 279 Picks: Betting Advice for Saturday's Vegas Event
We break down the fights at UFC 279 to give you the best betting advice.

© USA Today
John Ryan
3 mins
Super Bowl Picks: Our Best Bet to Hoist the Lombardi Trophy
We go inside the numbers and run the models to give you our Super Bowl pick.

© USA Today
Grant McQuillan
5 mins
UFC Fight Night Picks and Tips
We break down this weekend's card to give you tips and betting advice.

© USA Today
Grant McQuillan
4 mins
EPL Picks: Betting Advice for Week 7
We go over the schedule to give you betting advice for this week's Premier League fixtures.

© USA Today
Chris Wassel
3 mins
How One Injury Changed The CFL MOP Race
BC's Nathan Rourke was having a magical season before suffering a foot injury.

Richard Janvrin
2 mins
Spin Genie Launches Online Casino in Ontario
Some of the more popular titles it has, per Spin Genie, are Sweet Bonanza, Eye of Horus, and Book of...

© USA Today
Chris Wassel
3 mins
CFL Picks: Betting Advice for Week 15
We break down the CFL schedule to give you betting advice for this week.