Birds On A Wire Online Pokie 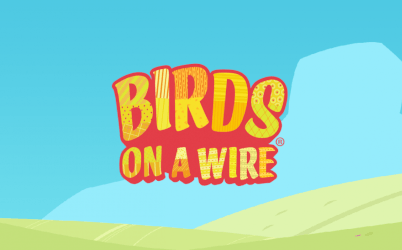 Offering you a high-variance gameplay seasoned with 17 paylines, cascading reels mechanics, and unique bonus features, this casino game may look cartoonish but it is one serious pokie machine. Thanks to its solid RTP rate of 96.0% and high betting limits, Birds on a Wire by Thunderkick can be a quite exciting game to play for real cash, one that can pay up to 900,000 credits per round! Try it our at one of our best online pokies sites, or keep reading for our full Birds on a Wire review!

Play Birds On A Wire For Free!
Bookmark It For Later 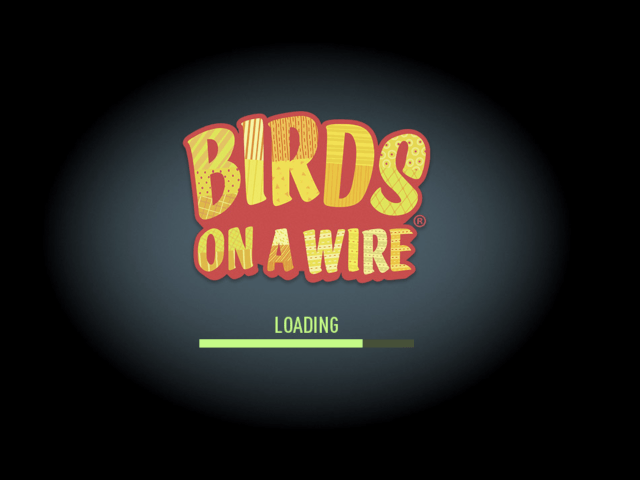 Play Free Demo
Version Directly in Your Browser
Play Birds On A Wire For Free!
Bookmark It For Later

One of the most volatile games in the Thunderkick online catalogue, the Birds on a Wire pokie was built for players who aren’t afraid of taking a risk.

Apart from exploding symbols, this pokie also features a free spins bonus with Thunderkick’s “inwinity spin” feature plus some high voltage win multipliers that can boost your payouts more than a dozen times. And all this is offered to you in a smooth and mobile-optimised package that you can enjoy no matter what device you decide to use.

How to play Birds on a Wire pokie

Playing Birds on a Wire by Thunderkick is really straightforward as the pokie uses a minimalistic set of controls to make things easier. Before you start spinning away, you’ll just need to click the chip button on your bottom-right to select your stake. There are 14 bet sizes you can choose between, ranging from a minimum of 0.10 credits per round to up to 100 credits. Choose a bet you’re comfortable with and then use the manual or auto spin controls to start playing for real money prizes at the top online casino sites.

Despite the pokie having a minimum bet of 0.10 credits, it still gives you a total of 17 fixed paylines on which you can collect prizes. You can find each payline inside the paytable which is hidden underneath the button on your bottom-left. The paytable is where you’ll likewise find explanations on the bonus features but also the symbols and their prizes. The game has a total of eight symbols, all of which pay in credits. The least profitable symbols can pay 0.10-3x your bet per sequence while the most valuable icons can pay up to 200x your bet. However, these are all just first-level prizes which can be further increased thanks to the pokie's special cascading reels and payout multipliers.

For punters who like to play pokie machines on the move, Thunderkick offers a mobile-friendly version of the game that you can enjoy on both iOS and Android-based devices. The mobile pokie features the same controls you get when using a computer, including the Auto Play control, only the buttons are placed at different areas of the screen.

Birds on a Wire Features and Free Spins

Like most pokies, the Birds on a Wire pokie will pay you for every sequence of three or more identical symbols you collect on a payline, from left to right. Apart from the wilds, which can substitute and pay up to 200x your stake, other icons you’d want to collect when playing for real cash would be the green, pink, and brown birds which offer the top payouts of up to 6x, 8x, and 12x your stake per sequence. If you think these prizes aren’t very attractive, that’s only because you haven’t considered the pokie's cascading reels mechanics.

Like in other games with similar mechanics, Birds on a Wire by Thunderkick automatically explodes all symbols that are a part of a winning sequence and replaces them with new icons that fall from the top. And each time a symbol explosion occurs, the game’s multiplier meter is also activated in order to boost any prize that follows your initial win. If you trigger three wins in a row, you can end up with payouts that are multiplied by 3x. Get to the free spins bonus game, however, and you’ll get even bigger prize boosts.

You can activate the free spins by collecting three or more of the special scatter symbols. The pokie will then give you a bonus of 10 free spins with an option to receive 2 more spins for each new scatter you collect during the feature, up to a maximum of 34 free games. For even more bonus prizes, the free spins also use the cascading reels but with payout multipliers that start at 4x and go up to 20x. And when all free spins are played out, the pokie will activate the “inwinity spin” feature that’ll spin away until you get one more bonus payout.

Birds on a Wire Maximum Win, RTP and Volatility

As a high-variance game, Birds on a Wire involves more risk than your usual pokie machine but it also offers bigger prizes when you play for real cash at the best online casinos, ones that amount to a jackpot of 9,000x your stake or 900,000 credits on the max bet. If you’re an experienced punter with a taste for volatile pokies, this game will offer you plenty of excitement and rewards with a fair Return to Player (RTP) rate of 96% and a solid hit ratio of 26.1%.

Birds on a Wire is definitely one of the most exciting products from Thunderkick but it isn’t a pokie machine meant for everyone, as the high volatility won't be to everyone's liking. If you’re looking for a casual pokie machine, you’ll need to look elsewhere.

For players who don’t like risky pokies, Thunderkick also has great low-variance pokie machines like Babushkas and the Esqueleto Explosivo pokie which likewise offers cascading reels and win multipliers. And if you like pokies with a more balanced payout rate, you can instead check out the Jaguar Temple or the Roasty McFry and the Flame Busters pokies. For even more games from the studio, visit some of our recommended online casinos where dozens of top pokie machines and generous welcome bonuses await all new members.