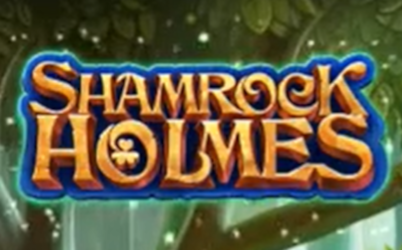 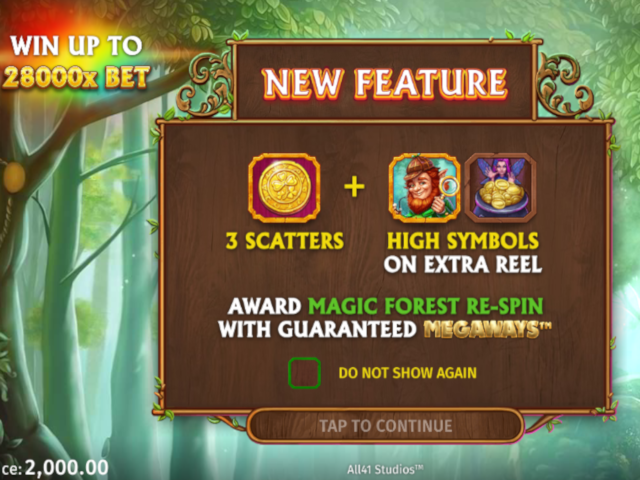 A wood-effect grid of symbols floats in the air, surrounded by trees. This is the setting for the Shamrock Holmes Megaways pokie machine, which you can visit on PCs, or on mobiles using the Android, iOS, and Windows operating systems at the best mobile casinos. Perhaps the first thing you will notice is that each reel has a different number of symbols on it, and that’s down to the Megaways system, used by All41 Studios under license from Big Time Gaming.

Gold coins combined with the pixie, Shamrock, or both, trigger respins with a high number of Megaways guaranteed. Rolling Reels can give you win after win, and during a free games feature, a multiplier rises on each Roll in a series. It’s here that you are most likely to land a vast 28,000x your bet at one of the top pokies sites.

How to Play the Shamrock Holmes Megaways Pokie

Like many Megaways pokies, the bet range is somewhat limited, with options from 0.20 to 20.00 per spin. You simply click the little stack of coins on the control panel to open up the various bet options, and once you pick a level, you’re ready to play.

The double arrow button activates automatic spins, and the 9 dots tab takes you to the Shamrock Holmes Megaways pokie paytable. This reveals how much you win from matching symbols anywhere on adjacent reels from the left side. Shamrock Holmes pays the most, returning 50x your bet for a series of 6 across all reels.

Free Spins & Other Features of the Shamrock Holmes Megaways Pokie

Despite the theoretical unlimited multipliers, the maximum possible win is set at 28,000x your stake, or 560,000.00 at the 20.00 bet level. Shamrock Holmes Megaways is a high volatility game and there’s an average return to players percentage of 96.44%.

The Irish theme, exciting features, and potential to grab vast win multipliers are just some of the attractions of the Shamrock Holmes Megaways pokies game. Rolling Reels are a good way to claim several wins in a row, and the respins with a guaranteed number of Megaways will usually be enough to create a decent win. In the free spins, with rising multipliers, the Rolling Reels become even more valuable.

Help Shamrock Holmes to discover the biggest wins when you play this PC and mobile-optimised pokie at the best online casinos featured here.