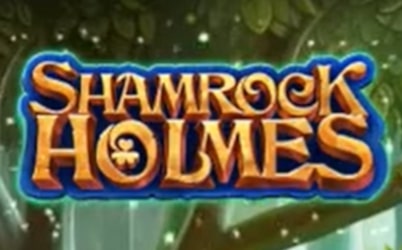 Gold coins combined with the pixie, Shamrock, or both, trigger respins with a high number of Megaways guaranteed. Rolling Reels can give you win after win, and during a free games feature, a multiplier rises on each Roll in a series. It’s here that you are most likely to land a vast 28,000x your wager at one of the top New Jersey and top Pennsylvania online casinos.

Like many Megaways slots, the wager range is somewhat limited, with options from 0.20 to 20.00 per spin. You simply click the little stack of coins on the control panel to open up the various wager options, and once you pick a level, you’re ready to play.

The double arrow button activates automatic spins, and the 9 dots tab takes you to the Shamrock Holmes Megaways slot paytable. This reveals how much you win from matching symbols anywhere on adjacent reels from the left side. Shamrock Holmes pays the most, returning 50x your wager for a series of 6 across all reels.

Despite the theoretical unlimited multipliers, the maximum possible win is set at 28,000x your stake, or 560,000.00 at the 20.00 wager level. Shamrock Holmes Megaways is a high volatility game and there’s an average return to players percentage of 96.44%.

Help Shamrock Holmes to discover the biggest wins when you play this PC and mobile-optimized slot at the recommended Pennsylvania slots sites and New Jersey slots sites featured here.