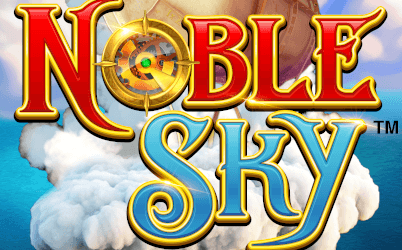 Conquer the air when you play the Noble Sky slot from Microgaming. It’s a Steampunk-inspired game, complete with airships floating across the 5 reels and 25 paylines. Wild symbols, reel respins with moving wild symbols, and win multipliers are among the rewarding features, while jackpots of up to 5,000x await lucky players. Noble Sky is a PC and mobile-optimised medium variance game, with average returns of 96.12%.

Play Noble Sky For Free!
Bookmark It For Later 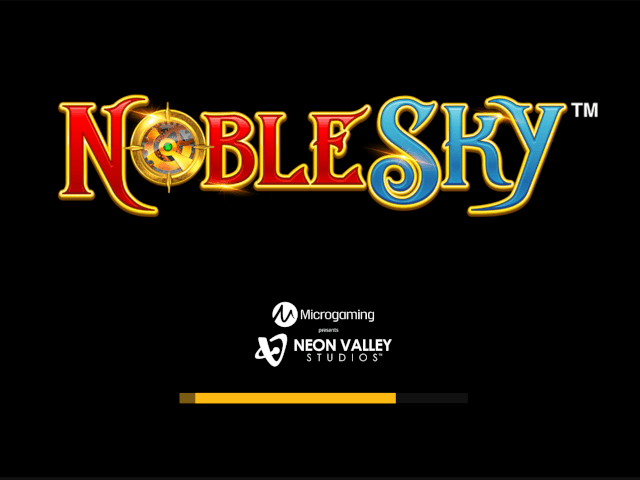 Look out for the airship filling entire reels at a time and moving around to complete win after win during a series of respins. Valuable multipliers come into effect at the same time, boosting prizes by up to 10x. You can also scoop a fixed jackpot prize by collecting enough gold coins as you play the Noble Sky slot at the top online slots sites.

How to Play the Noble Sky Online Slot

The bet range runs from 0.25 to 50.00 per spin, which should cover the majority of budgets, but may be too low for higher rollers. It equals 0.01 to 2.00 on each of the 25 paylines and you’ll win when 3 or more of the same symbol stop across a line from the left side.

Getting started is easy, and after a couple of clicks on the Plus and Minus bet control buttons, you’ll be spinning the reels in next to no time. Options include fastplay and automatic spins mode, while the paytable is opened with a click on the 3 dashed lines to the left of the main controls. It’s here that you see further details of the bonus features, along with a full breakdown of how much you win from the different symbols.

The 5,000x your stake Grand jackpot, also available at the best mobile casinos, is the biggest possible prize from the Noble Sky slot machine, and if you have a stake of 50.00 on the triggering spin it equals a win of 250,000.00. This is a medium volatility slot, so you should land wins with a decent frequency and the average return to players percentage is 96.12%.

Microgaming have a few Steampunk-style slots in their range, such as Fortunium, and Leagues of Fortune. In terms of the visuals, Noble Sky isn’t quite up to the standard of these, but it still comes with a few impressive symbols, particularly the airship.

Enter a world of Steampunk when you play the Noble Sky slot at the best Microgaming-powered online and mobile casinos. We feature the top-ranked online casinos here, where you can claim the best bonuses when you join.