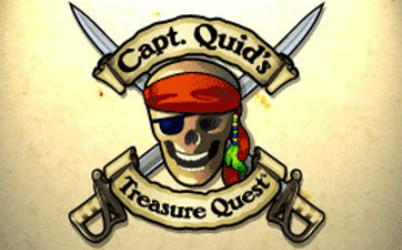 Game Provider: IGT
Play Captain Quid's Treasure Chest For Free!
Bookmark It For Later
Demo Not Available, Use The Offer Below To
Play for Real Money Now!
Loading...

We’ll take a closer look later on, but for now, let’s visit Captain Quid’s gang. Just be sure to join this crew at the top New Jersey casino sites and top Pennsylvania casino sites, where a rich bounty of bonus funds or free games awaits.

Up to 20 free games, with a maximum multiplier of 15x can be awarded and during the round, instead of triggering the bonus feature, the treasure chest symbol pays regular prizes.

If you don’t mind what device you play on, then why not try both games? The Captain Quid’s Treasure Chest slot machine is available right here in freeplay mode, as well as being available at recommended casinos that carry the IGT range. Jolly Roger’s Jackpot is found at of the top slots sites in New Jersey and Pennsylvania.