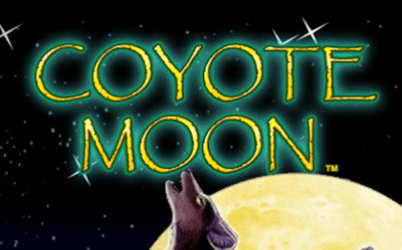 Wild substitutions and free spins might not be very unique bonus features, but they are tried and tested, popular options that are proven to boost win-rates. Check out the freeplay version of Coyote Moon below, or head right over to the top New Jersey casino sites and top Pennsylvania casino sites to start claiming real cash awards.

Check out Quick Hit Platinum slot to land payouts of 2,000x your stake.

It’s a higher-volatility slot machine than Coyote Moon, so will suit players who don’t mind spinning the reels for longer on average, before claiming a higher prize. You can find both of these appealing slot games at the top slots sites in New Jersey and Pennsylvania, but be sure to claim bonuses when you join up.