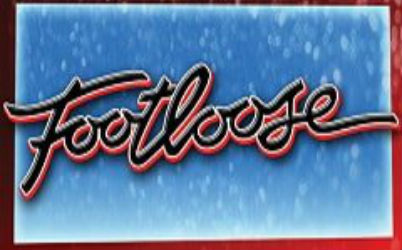 Game Provider: IGT
1
Play Footloose For Free!
Bookmark It For Later
Demo Not Available, Use The Offer Below To
Play for Real Money Now!

It’s time to cut loose, Footloose, and kick off those Sunday shoes, as IGT brings you a slot machine based on one of the most iconic movies of the 1980’s. If you haven’t seen the movie, you’re missing out on a classic take of teen rebellion, as a young Kevin Bacon fights to allow dancing in a small Utah community.

You could also miss out on playing an exciting slot game, as Footloose is only available at land-based casinos and not online or in a mobile-compatible format. That’s quite common with slots from IGT, but don’t worry, as there’s a great online alternative that we have found for you.

Back to Footloose now, and it’s a 5-reel, 30-line slot machine that comes with a dazzling collection of foot-stomping bonus rounds linked to the film. Free spins play out in the Prom Party bonus round, you get to win prizes as you play chicken with tractors, spin the bottle for some big rewards and four progressive jackpots connected to the main characters are waiting to be won.

Add in the choice of tunes that you can play as these 80’s-inspired reels spin, and it’s obvious why the Footloose slot machine has become so popular at casinos up and down the USA and beyond. Read our review, then take a look at a similar slot that you can play on desktop PC’s. Android and Apple-powered mobile.

Footloose is housed in a smart cabinet, designed by IGT for ease of use and visual appeal. The reels are shown on a bright, clear monitor and above the game you will see the four progressive jackpot levels, each slowly rising in value as a percentage of all bets on the game are put aside, waiting for players to claim.

Music pumps out of the cabinet, which in some slots can be quite annoying, but in this case, tunes such as Almost Paradise, Let’s Hear it for the Boy and the classic title song only add to the appeal of the game.

This is certainly not a slot for the high rollers among you. The minimum stake is set at 0.50 per spin and you can raise it to a maximum of just 2.50, so it’s a game aimed firmly at fans of the movie who happen to be at a casino, not serious punters looking for big wins.

Take a look at the paytable to see how many coins you claim when matching symbols cross any of the 30 paylines. There’s also useful details about how the bonus features work, plus info on how to set up the auto-play option, which simply spins the reels without you having to do anything, so you can take time out for a dance. If you really want to.

Gameplay and Features of Footloose

Classic 1980’s memorabilia is seen on the reels, with symbols of dancing shoes and cassette players paying out the smaller prizes. Images of the main cast are worth more to you when they land across paylines. There’s Reverend Shaw, played by John Lithgow, bad-guy Chuck was played by Jim Youngs, (nope, we’ve never heard of him either), Lori Singer appears as Ariel and Kevin Bacon stars as Ren.

Although you should get a steady stream of winnings from these symbols, the Footloose slot machine is all about the plentiful bonus rounds. You may have spotted that while the game has 30 paylines, you’ll be playing with 50 coins, and that’s down to the high chance that you will trigger extra features.

Some of the features happen randomly on any spin, with a wild symbol helping to complete extra combinations and stacked symbols making it easier line matching images across a payline. These stacked symbols lock in place while other reels spin once more, in the Let’s Dance Re-Spin round. Even the progressive jackpots are randomly awarded. Other features begin when the special Cut Loose symbol appears.

This opens up 4 interactive rounds and the one you play depends on how many points you earn when you select from a series of dancing shoes. It sounds a little complicated, but there are clear instructions to guide you through each feature. You could enter the Play the Hits bonus, where you win coins from cassette tapes, or be awarded the Sliver Spur Bar feature, where you spin the bottle for prizes.

10 free spins play out in the Prom Party game, where extra wild symbols are on the reels, while the fun Tractor Challenge earns you big prizes in a game of chicken.

Footloose Summary and an Online Alternative

If it wasn’t for the low bet levels and the fact that it’s a game only found at physical casino sites, we would rate Footloose as one of the best slots in the IGT range. The fantastic selection of bonus rounds, great tunes and links to a hugely popular film would surely make it just as successful online as it has been at top Pennsylvania slot sites or top New Jersey slot sites around the world.

If you don’t mind going back in time a little, the 1950’s-set Grease is a fantastic alternative. You can play this game online, or on Android and Apple-powered mobile devices, enjoying lots of movie-themed action as the famous soundtrack plays along.

Grease is a slot from Playtech and it has all the style and features that this developer is so well-known for. You’ll find expanded symbols of Danny and Sandy, reel re-spins, a Sweetheart Wilds feature and several jukebox-themed free spins rounds. Grease is the word when you win either of the progressive jackpots available in this game. Check Grease out at a recommended Playtech casino site and see if it’s The One That You Want.