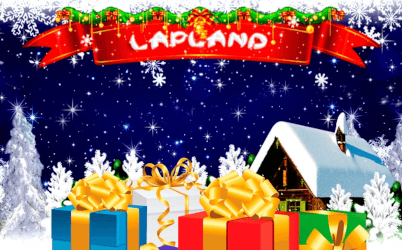 If you don’t believe in the magic of Christmas, perhaps it’s time to try out the new Lapland slot game from Fugaso. With its soothing music, 96.06% RTP, charming Christmas symbols, and seemingly endless bonuses, Lapland could help you celebrate Christmas all year round thanks to it's low to medium volatility and enormous maximum payout. Check out these extras by trying the slot at one of our recommended Pennsylvania slots sites or New Jersey slots sites, or read our easy guide into the game for some info on how they all work.

Play Lapland For Free!
Bookmark It For Later 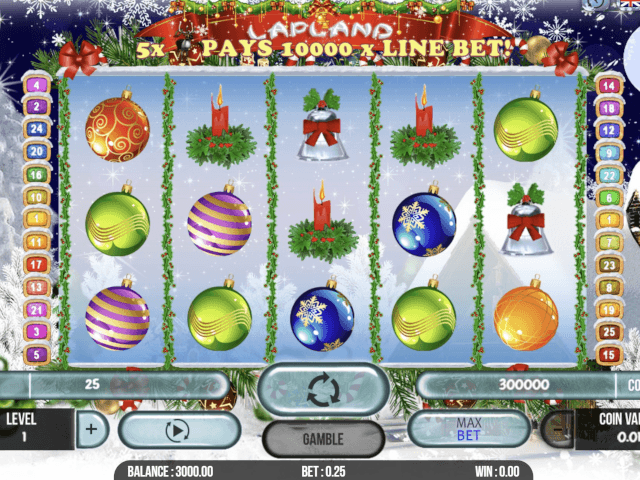 Play Free Demo
Version Directly in Your Browser
Play Lapland For Free!
Bookmark It For Later

Not only a slot that asks you to spend more to make more, Lapland also features some great extras which can get you bonus rewards at the top-ranked New Jersey casinos and Pennsylvania casinos as well. Payout multipliers, double-or-nothing side-games, and bonuses of up to 74 free spins can all be enjoyed while playing the game for a holiday experience you’ll remember for a long time.

Even if you’ve never tried an online slot machine before, Lapland should be really simple to play. To determine your stake, just pick the value and number of coins you want to use on each spin. With the large controls sitting at each side of the screen, you can switch from a minimum stake of 0.25 credits to a whopping wager size of 250 credits for those maximum payouts.

Apart from these special icons, the slot also has a third bonus symbol which looks like a wrapped Christmas present. If two of the presents land on reel one and five during a single round, you will get a special prize of 4x your total wager plus an entry into the boxes bonus game. This bonus game has five levels you can play through by picking boxes that are full of prizes. You can end up collecting a bonus of up to 74 free spins plus a multiplier of 2x at the end of the game, and more free spins can also be retriggered indefinitely once the feature starts.

And if that’s not enough extras for you, the slot also has a gamble feature which can be played after every payout by pressing the “Gamble” button. This bonus feature lets you wager your full prize or half of it on a wager against the dealer. Pick a higher card than the machine and you can win twice your money, or guess wrong and lose it all.