Queen of the Castle Online Slot 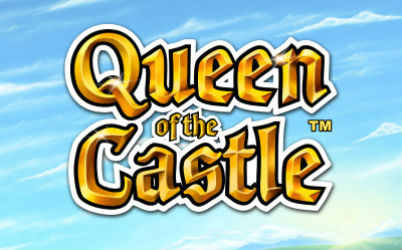 Game Provider: NextGen Gaming
Play Queen of the Castle For Free!
Bookmark It For Later
Demo Not Available, Use The Offer Below To
Play for Real Money Now!
Showing , United States
EDIT LOCATION
locale:
Loading...

Sometimes, developers can really foul the slots up with the themes they use for them. But to compensate for the lack of creativity in the theme, they often offer some mind-blowing payouts. Of course, a real slots player would not care much for the theme, as long as the slot pays nicely. If you're such a player, then you should definitely consider playing Queen of the Castle by NextGen. Judging by its title, you would assume that the queen is a grown-up woman, but no. The developer used a little girl to be the queen of the big castle, which has a dog as her adviser. This is what we meant when we said that themes can be really weird in some slots.

But since Queen of the Castle is a highly rewarding slot, we had to thoroughly review it for you, so that you don't get fooled and judge the book by its cover. Ready to learn all about the gameplay and the prizes offered?

How to Play Queen of the Castle Online Slot

If you're a fan of NextGen, you probably know that its newer slots have a new setup, and are available across all devices. Be it an Android or iOS mobile device, or a desktop device, just load Queen of the Castle online slot and you will see the huge circular button on the right side of the screen. You can change its position later, we'll explain how.

For now, you should know that in the center of this circular button is the spin button. Around it, you have the three bars, the + and – signs next to some coins and the autoplay button. While it is obvious that on the autoplay button you can set in motion up to 100 autospins, and that on the + and – buttons you can increase or decrease the bet, you should know that in the three bars button, you have the settings. Here, the first thing you will see is the speaker, where you can adjust the sound volume in the game. Next, you have the autospin button again, and then you have the coins again. Click on them, and you will see your possible bet options. They go from 0.40 to 100 credits. Considering you'll be playing the slot with 40 coins for the 576 ways to win, this means that the coin value goes from 0.01 to 2.5 credits. Then, you will see an actual settings button where you can change the position of the huge circular button and adjust the quality of the visual effects. And finally, you have the "i" button, which is the paytable.

When you enter the paytable, you will meet the little girl, the queen. She will be the wild in the slot, and the shield with the bonus word on it will be the scatter. The scatter will only appear on the middle reels, and when it does, it will give you 120 coins. The banner with the game's logo is the next symbol, giving you 20 coins, followed by the dog which gives you 12 coins. The bag of gold gives you 10 coins, while the throne symbol 9 coins. The orange and blue gem give you 8, while the pink and green 7 coins. The playing card royals from A through J give you 6 coins for 5-of-a-kind combos.

Queen of the Castle Features and Free Spins

The queen wild will replace for all symbols in the formation of winning combos, bar the two scattered symbols, and has the ability to appear stacked on the reels. We mentioned one of the scattered symbols, the shield bonus scatter, and this symbol will help you trigger the free spins. The other scattered symbol, though, will be quite useful in the rest of the special features offered in Queen of the Castle online slot. The free spins are called queen of the castle bonus, where you get 14 free spins for landing the three bonus scatters, initially. But then, all symbols that triggered it, and any other that land is transformed into crown symbols. When these crowns appear, they will be collected in the tower. The crown is the second scattered symbol.

A random bonus feature called Locked Reels can be triggered at any point during the gameplay. Vines will wrap around the three middle reels and lock them. They will make one spin simultaneously, and present the same matching symbols in adjacent positions.

And finally, the tower meter can increase up to 6 in size, and with it, also the number of symbol positions. During the free spins, the number of ways to win reach up to 3,087! And although the free spins cannot be retriggered, all the other features can.

Queen of the Castle Maximum Win, RTP and Volatility

Queen of the Castle offers a 95.40% RTP, but due to its medium volatility, it can deliver awesome rewards quite often. In addition to bonus games, Queen of the Castle slot also offers extra special features, so you can bet that you'll basically form a win on every spin! Since the slot is compatible with any device, you can play it whenever you feel like it!

The maximum you can win playing Queen of the Castle slot machine is 3,000x the stake. The scatter win gives you 120 coins, meaning 300 credits tops, but with so many free spins and features that make you form winning combos with the high-paying symbols, the 300,000 credits win could be yours in a blink of an eye.

Queen of the Castle Verdict and Similar Online Slots

While Queen of the Castle online slot might not feature a theme you'd be interested in, there are other slots by NextGen which feature a grown-up theme and offer great payouts. James Dean is such a slot. For a 62.50 max bet, you could win 150,000 credits, while enjoying the theme that portrays the troubled life of one of Hollywood's most iconic stars.

But Millionaires Club Diamond Edition is the slot you'd want to play. Other than the classic money theme, the slot can deliver a jackpot prize for a max bet that is as small as 4 credits. It offers two progressive jackpots, one of which can be life-changing since it starts seeding at 200,000 credits!

Play any of these popular slot titles at one of our recommended top New Jersey slot sites or top Pennsylvania slot sites.