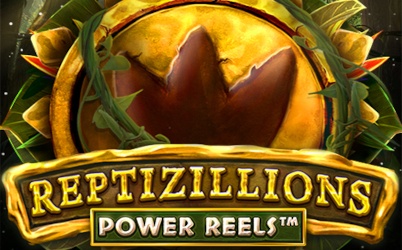 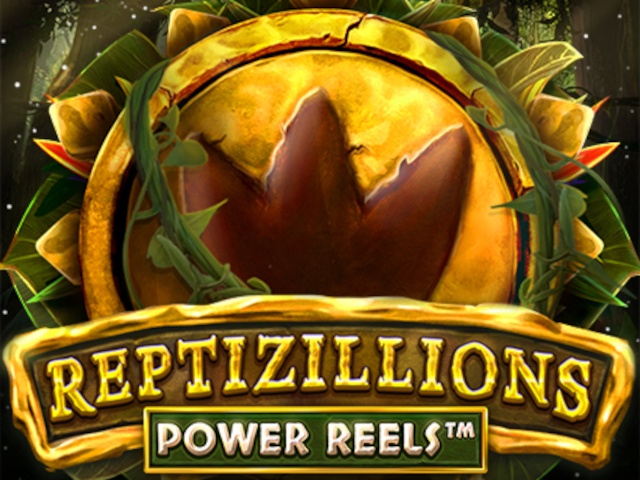 You can line up herds of dinosaurs when you play the Reptizillions Power Reels slot machine from Red Tiger. This desktop and mobile game plays out on a huge 8x6 grid of playing card symbols and prehistoric creatures.

Giant dinosaur symbols land at random and move to the left on the following spins. Matching dinosaurs follow the leader of the herd, helping to create high value payouts. More of these Super Symbols are let loose on the reels throughout a free spins bonus round.

There’s an average return to players percentage of 95.69% in this high volatility game. Unleash the beasts on a PC, iOS, Android, or Windows mobile at the best Red Tiger casinos and you can win up to 89,460.00 at the maximum wager level.

How to Play the Reptizillions Power Reels Slots Game

A virtual park of Jurassic giants feature on the 8 reels. A T-Rex, Triceratops, Velociraptor, and duck-billed Hadrosaurus are among them, plus you get the 4 playing card suit symbols in a suitably prehistoric style. Jungles, mountains, and a whole bunch of extra dinosaurs are in view behind the Reptizillions Power Reels symbol grid.

The dramatic soundtrack is a perfect match for the impressive symbols and there are some neat animations and dino roars to enhance the game even further.

A fairly limited wager range runs from 0.10 per spin to a maximum of 20.00. You simply click the Bet tab to see all of the options available at the best Pennsylvania and the best New Jersey slots sites, and once a stake is selected, you are ready to play. Auto and Turbo buttons set the reels spinning on their own and speed things up, and the 3 little lines at the top of the reels take you through to a paytable.

This lists how much you win from matched symbols across any of the 30 paylines. The most valuable T-Rex is worth between 7x and 15x your wager when it stomps across a line.

Dinosaur Super Symbols can land at any time. These over-sized beasts then move across the screen, one reel at a time from right to left, with any more examples of the same dinosaur joining the herd and moving in the same direction. You can build up long lines of matched monsters this way, but you always need them on adjacent reels to the leader to see them join the migration. Once the leader of the pack reaches the left reel, they can form a valuable combination.

More Super Symbols of the same dinosaur can also appear, making it even easier to grab some big wins.

Three scatter symbols will award 10 free spins of the reels. Before the games begin, a random dinosaur is selected as a special Super Symbol, and it’s guaranteed to appear throughout the round. Unlike in the base games, when Super Symbols can land anywhere, the chosen symbol will always start out on the right-side reel. This gives the dinosaur more time to gather a herd of followers for bigger wins.

The highest prize is equal to 4473x your total wager, or 89,460.00 at the highest stake of 20.00. That’s a little lower than many other games, and the average payback percentage of 95.69% is also slightly less than usual for a high volatility game like this.

Compared to other Slot Games, the relatively low maximum wager level, wins, and average returns are not ideal, and there’s no wild symbol to help complete combinations. These aside, the Reptizillions Power Reels slot machine is an enjoyable game, with impressive graphics, animations, and gameplay.

The Super Symbol feature is a great innovation and becomes especially useful if the dinosaur in question lands on the right-side reel. It then has 7 further reels to roam across, potentially collecting further examples along the way.

It’s during the free games, where Super Symbols are guaranteed to start from the right side, that it becomes easier to collect wins. Take a virtual trip back in time, to when dinosaurs ruled the earth, and play the Reptizillions Power Reels slot at our top-ranked New Jersey and Pennsylvania online casinos.

What symbols are used in the Reptizillions Power Reels slot machine?

The Reptizillions Power Reels slot is a dinosaur themed game filled with realistic images of prehistoric creatures. These include a T-rex and Triceratops, and you’ll also encounter playing card suit symbols, each given a Jurassic makeover to fit in with the theme.

What is the maximum possible win from the Reptizillions Power Reels slot?

You can win up to 4473x your total wager from the Reptizillions Power Reels online slot. If you play at the maximum stakes, you can win a prize of 89,460.00 from this game. It’s less than in many other slots, but also slightly easier to achieve.

How do the Super Symbols work in the Reptizillions Power Reels online slot?

Giant dinosaur symbols can land on the reels of the Reptizillions Power reels slot at any time. These move one reel to the left on the following spins, and if any more examples of the same symbol land on adjacent reels, they join the herd and migrate across the game as well. Big wins are possible when they reach the left reel.

Can I play the Reptizillions Power Reels slot on a mobile?

Yes, you can. The mobile version of the Reptizillions Power Reels online slot works in exactly the same way as the desktop game. As long as you have a Wi-Fi or mobile network connection, you can play it on iOS, Android, and Windows smartphones and tablets.

Should I always wager the maximum on the Reptizillions Power Reels slots game?

The maximum wager of the Reptizillions Power Reels slot is a comparatively low 20.00 per spin. You don’t have to wager this much, but potential wins rise in line with stakes. Always wager at a level you can afford and not with money that you can’t risk losing.

How volatile is the Reptizillions Power Reels slot?

This is a highly volatile slot machine. It means that the Reptizillion Power Reels slot can spin a few times between wins, but this is off-set by comparatively high average prizes. This is a popular arrangement, but you need to select a wager level that can take a few hits in a row.

Does the Reptizillions Power Reels slot come with a free spins bonus feature?

Any 3 or more bonus symbols will trigger 10 free spins of the Reptizillions Power Reels slot machine. During this round, Super Symbols will feature in every spin, and they always start on the right-side reel, so you can build longer runs of matching dinosaurs.

What games are similar to the Reptizillions Power Reels slot?

Dinosaurs also rule the reels of the Raging Rex slot machine from Play’n GO. This 6-reel game features stacked wild T-Rex symbols that move 1 reel to the left at a time, plus free spins with a choice of multipliers or further stacked wilds.

The Reptizillions Power Reels slots game comes from Red Tiger. This Spanish company is also behind hugely successful games such as Primate King, Cash Ultimate, and Legend of Athena. You’ll find these and more at the best online casinos.

When was the Reptizillions Power Reels slots game released?

The Reptizillions Power Reels slot was launched on 10th June 2021.