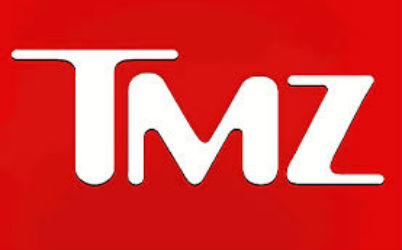 The TMZ slot machine from IGT introduces a unique concept to casino floors around the world. Photo booth technology gives players the option to take a selfie, which then becomes part of the game itself. They can see themselves on the reels as well as taking part in the bonus features of this five-reel, 30-line slots game.

In case you don’t know, the TMZ slot machine is themed around a popular celebrity news show – named after the Thirty Mile Zone around Hollywood where so many TV programs are made. It’s a celebrity-themed show hosted by Harvey Levin. TMZ is particularly popular in the USA, and Nevada-based IGT have created the game largely for the Vegas crowd.

The TMZ slots game isn’t available online and you can’t play it on an iOS or Android mobile device. That’s quite common with slots from IGT, but in this case, we think it’s a pity that you can’t take selfies on your phone and then add your own image to the reels.

This game doesn’t just rely on celebrity status and a unique feature though. It comes with expanding wild symbols and three bonus rounds. If you can’t get to a casino, there are one or two online and mobile compatible slots that have similar themes, which we will look at in a bit.

Because many of the people who play this game are just on vacation, the TMZ slot machine has been designed to be as easy to use as possible. Online slots tend to have multiple control options, but in the case of the TMZ slot you simply feed coins or notes into the machine and click a button to spin the reels.

The TMZ slots game works in a conventional way, paying out when identical symbols stop across a payline from the left side. It’s easy for inexperienced players to follow, and familiar to slots fans. Take a look at the paytable, which is opened by a button on the control panel. This lists all the different potential payouts from the different symbols. You will see celebrities, an audience, the show hosts, famous locations and props from TMZ used as symbols. Newsroom wild symbols can act as others, bridging any gaps that you might have in a sequence of matching symbols and completing the line. These wilds also expand up and own a reel, which makes it more likely that they create a win.

Look out for the letters T, M and Z landing in a single spin. These lead you to one of the three bonus rounds, although the game decides which is awarded, not you. The Celebrity Safari, Celebrity Mug Shot and Celebrity Spin Cycle rounds are each fun ways to claim more winnings and feature famous people and clips from the show. There are even plenty of clips playing out in the base games, along with voiceovers and the sight of Harvey Levin helping you out as the reels spin.

We quite like the look of the TMZ slot machine, although it certainly helps if you like the show or have an interest in celebrity gossip. The option to see yourself on the reels is a fantastic innovation and one that has propelled this game to becoming one of the biggest land-based slots for IGT.

However, the fact that it's restricted to bricks and mortar casinos will seriously limit the number of people who can play the TMZ slots game. But the I’m A Celebrity Get Me Out of Here slot from Microgaming is available to play on desktop PCs, iOS and Android mobiles at some highly recommended online casinos.

I’m A Celebrity Get Me Out of Here is based on the massively popular show where famous people lie in baths filled with snakes, cockroaches and other horrors. This is a five-reel, 30-line slot which sees Ant and Dec presiding over a range of events.

Mealworms, hats and campfires pay out the smaller wins, while the chair, Ant and Dec return wins of up to 2,000x your line bet. In the Kiosk free spins, winning symbols vanish, which leads to new combinations and with luck, extra payouts. Each consecutive win in this 'Rolling Reels' feature will be worth more as an increasing multiplier kicks in. Scary creatures trigger the 'Critter Chaos' round, with five free spins awarded. Extra wilds will appear on the reels throughout this feature. You can win up to 450x your total bet in the 'Bushtucker Trial' bonus. Other features include the Letters From Home win multipliers and big wins in the 'Treat For Camp' bonus.

You can stake between 0.30 and 300.00 on a spin of this medium volatility slot. It’s a massive hit not only with fans of the TV show, but with anyone who likes games packed full of extra features. Forget the TMZ slot from IGT. If the spiders, insects, snakes and crocodiles don’t scare you off, then we highly recommend the I’m A Celebrity Get Me Out of Here online slot.