The Wallabies are a team on the up, or are they? Every time it feels like they’ve turned a corner under coach Dave Rennie, they seem to blow a massive opportunity to make a huge statement that will put them among the firm favourites in the 2023 Rugby World Cup odds.

So let’s have a good look at what’s happening with them and Australia’s odds with betting sites to win the World Cup.

The Wallabies had an even split of seven wins and seven losses in 2021. Three of those losses were against the All Blacks, who they played seven times in two seasons, including three at Eden Park.

That’s the same ground the home side haven’t lost at since 1994, so it’s fair to give the Wallabies a bit of sympathy there.

However, Rennie’s side bounced back to beat the world champion Springboks twice in a row after the Bledisloe Cup series.

Those two wins are quite easily the high point of his tenure and had their Rugby World Cup betting odds shortening considerably. But then, at the end of the year, the curse of inconsistency struck.

The Wallabies embarked on a tour of the UK with spirits high, but crashed to three defeats on the bounce to Scotland, England and Wales.

Rugby World Cup betting eyes were definitely on what ended up being a pulsating series against England.

The Wallabies won the first test in Perth after being reduced to 14 men, but suffered two defeats to leave them with yet another series defeat to the English.

This was despite huge home support, with the Sydney Cricket Ground packed out for what will be almost certainly the last ever rugby test played there.

This was after a better than expected Super Rugby Pacific campaign for the Australian sides.

While the Brumbies carried the flag as predicted through to the semis, a young Waratahs side also showed that they have great potential and certainly future test players in their ranks.

Rennie has still got the Wallabies playing up tempo rugby that they do best at, while at the same time gradually solidifying their set piece.

Their Rugby Championship campaign coming up is actually pretty favourable draw-wise: they start in Argentina, followed by two home tests against the Springboks and then a home and away Bledisloe series against the All Blacks.

A bit of momentum going into the that last stretch, coupled with the ongoing woes the New Zealanders are facing, will see confidence high for a first Bledisloe win in 20 years.

After that, it’s another northern tour of five tests. At the end of that, the best rugby betting sites will have a pretty firm idea of where the Wallabies are at. 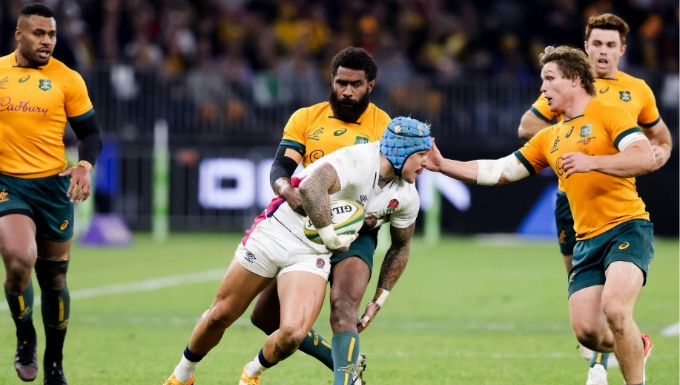 Up front, the sizable Taniela Tupou should be a good shout to play a big role this season – provided he stays fit. Tupou is a true gamebreaker with ball in hand, which will come in handy against the Pumas first up in The Rugby Championship.

Around him, the Wallabies still have a development look about their tight five, but the set piece was competitive against a big English pack.

Nic White is a key man at halfback, whose experience and decision-making will be leaned on heavily. White has been in really consistent form for the last few seasons and will need to be on the park as much as possible to partner with either Quade Cooper or Noah Lolesio.

Out wide, Andrew Kellaway is looking like a real long term try-scoring merchant, while Marika Koroibete has made a somewhat surprise return to the other wing.

How They Are Looking For The World Cup 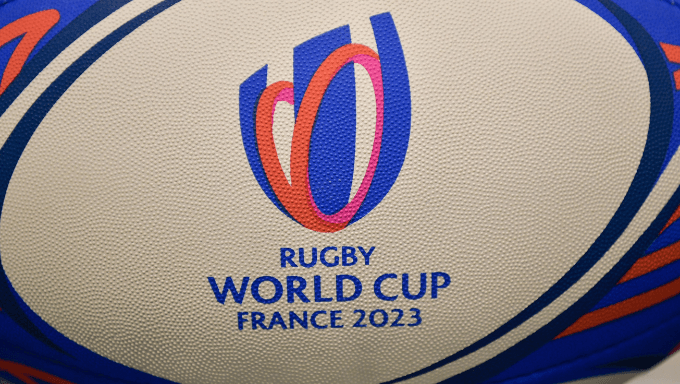 So the Australia being among the favoured betting odds for Rugby World Cup will likely depend on what happens this year.

There are the players but not really the depth yet, which is a long term issue for the Wallabies, but if Rennie can pull off a few wins the long-suffering Australian rugby public will start to believe.

One thing is massively in the Wallabies’ favour next year in France though: they are on the right side of the draw.

Their path will see them avoid France, the All Blacks, Springboks and Ireland until the semi-finals, so that’s huge given the state of world rugby right now.

© PA
Jamie Wall
4 mins
Australia Rugby World Cup Odds: What Betting Price Are The Wallabies?
Betting odds for the Rugby World Cup in France in 2023 are already available, but what price are Aus...

© PA
Joe Short
3 mins
Victoria Election Odds Tips Labor To Beat Coalition To Majority
The Victorian state election takes place on November 26 with all 88 seats in the lower Assembly and...

© PA
Andrew Beasley
6 mins
The Most Expensive Replica Jerseys in World Sport
We crunch the numbers to pinpoint the most expensive and cheapest sports jerseys in the world.

© PA
Daire Walsh
5 mins
Wallabies Next Game, Latest Odds and Analysis
Australia are now into their Rugby Championship campaign, and Argentina are next agenda for them.

© PA
Daire Walsh
5 mins
What Will Be The Highest Grossing Film Of 2022?
With lots of big films being released in 2022, we've looked at which one could earn the most money.

© PA
Joe Short
3 mins
Serena Williams Odds To Win US Open Unmoved Despite Retirement Confirmation
Serena Williams will retire from tennis after the US Open and we have looked at her odds to win it.