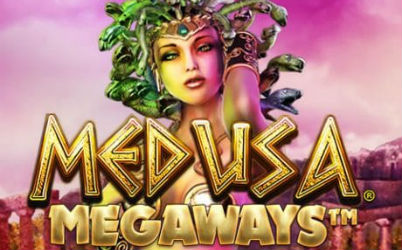 Play Medusa Megaways For Free!
Bookmark It For Later 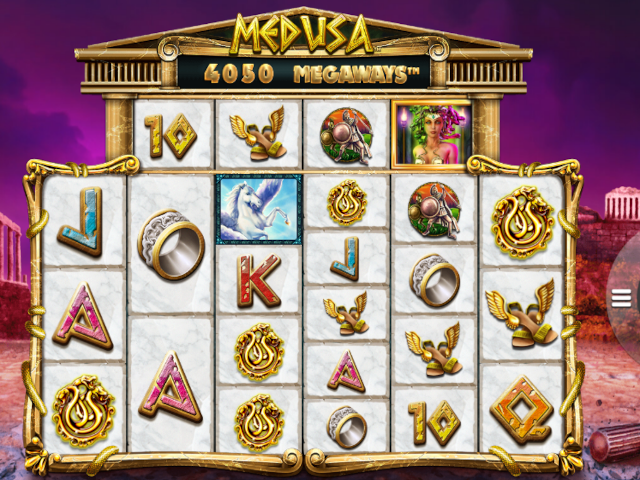 If you are a slots player, there’s no way that you haven’t played or at least heard of Medusa and Medusa II slots. These two have become NextGen’s signature slots, which have gotten players’ attention more than any other of its games. Medusa, being the first in the series, attracted enough interest from the players for the developer to create its sequel, Medusa II, which became NextGen's smashing hit slot of all times. But then, when all developers started acquiring the rights for the Megaways mechanics from BTG, NextGen decided to surprise its fans by doing that, too, and implementing the Megaways into their favorite slot. That’s how Medusa Megaways was created.

It is only normal that Medusa Megaways slot is available on any device, considering it was developed in a period where mobile gambling took over the industry. You can play it on all Android and iOS mobile devices and you will get equally the same quality and performance as you will on desktop devices while playing at a top online casino.

As the game loads, you will see the 6+1 reels set in a golden temple. On the left side of the reels, you will see the Buy Pass display, and on the right side, the play button. On each side of the play button, in the outer circle, you will see the three bars, the signs – and + next to the coins, and the autoplay buttons. It is rather obvious that by clicking on the autospins button you can put in motion autospins, from 0 to 100. By clicking or tapping on the – and + signs, you can increase or decrease the coin bet, and consequently the total bet. You will be playing with 25 coins for every spin, with a coin value that goes from 0.01 to 1 credit. Therefore, for the 25 coins, the minimum bet you can place is 0.25, while the maximum 25 credits.

When you click or tap on the three bars button, you will see that in addition to the previously mentioned, you will be able to adjust the sounds on the game, on a volume slider from 0 to 100. But you will also see the “i” letter at the end of the window. Click on it and the paytable will open. You will first see Medusa which is the wild, this time presented to perfection by NextGen, with impeccable graphics. Then you will see the scatter presented with the game’s logo, and then the other scattered symbol, the soldier. The Pegasus-looking horse is the highest-paying symbol, giving you 750 coins for the best combo, followed by the symbol with the two soldiers fighting which gives you 150 coins. The golden emblem with three snakes on it gives you 50 coins, the golden ring 30 coins and the golden sandals 20 coins. The playing card royals will deliver 10 coins wins for 5-of-a-kind combos.

Since it uses the Megaways mechanics, as soon as you make a winning combo in Medusa Megaways slot machine, you will see a chain reaction activating, where all the winning symbols are removed from the reels and new ones added. The wild will substitute for all symbols, except the two scattered symbols, in the formation of those winning combos.

The first thing you will notice as you load the game is the extra reel. It appears at times, and it features any symbol. You will benefit the most of it when you see wilds appearing on it. These wilds will trigger the Medusa’s gaze feature. The medusa wild will expand and cover a full reel, and as she leaves the reels, she adds one or more wilds on that reel.

When you land 3 or more scatters, you get 10 free spins. But you can also access the bonus games via the Buy Pass option, for a 100x the stake cost. There’s a reason why you would want to rush to get to the free spins. This is where the huge payouts can be won.

Once you trigger the free spins, you should know that for each extra scatter you land you will get 5 additional free spins. Moreover, as long as you keep on landing 3 scatters, there is no limit as to how many times you can retrigger them.

During the free spins, the unlimited win multiplier feature gets active. You first get a 2x multiplier which has the ability to increase with each chain reaction. In addition to the previous Medusa’s gaze feature, the snake strike feature can be triggered here. This is when two snakes appear on the extra reel, which start attacking the soldier the minute it lands on the reel. If the snake on the left strikes first, the soldier transforms into a wild, if the one on the right attacks first, the soldier will transform into a scatter. When the free spins end, you will get the temptation feature. This is when you will be tempted to either collect your winnings or play the free spins feature again for a second chance to win much better and much bigger rewards!

But that’s not all! You also get the gamble feature, where you need to guess the color or suit of the card in order to double your win, or even quadruple it!

Medusa Megaways by NextGen is not only another slot in the series, no sir. It offers significantly improved, modern graphics, animations and other visual effects, vividly visible on any device. It gives you an increasing RTP that goes from 96.28% to 97.63% and a payout capped at 50,000x the stake! Being a highly volatile slot, Medusa Megaways online slot will provide you with intense gameplay filled with features that can take you to the jackpot prize when you least expect it.

Medusa Megaways online slot is a must. You probably don’t even need convincing, as the slot speaks for itself. There is a 50,000x the stake max win in play, extra exciting gameplay, and a theme proven to provide entertainment. We have recommended it for both low and high-rollers in our previous reviews considering it can deliver 1.25 million credits for a 25 credits max bet.

If you’re in for another Medusa adventure, we recommend that you try Medusa II. Even though the original Medusa is a nice game, it is Medusa II that climbed on top of the list of the most-played slots by NextGen.

And if you are up for something else entirely, which can deliver incredible wins for a small max bet, you can always try Kingdom's Edge. It is a slot that for a 50 credits bet can deliver up to 150,000 credits.

Dare to look the gorgon in the eyes? Head on over to one of our best online slots sites, where welcome bonuses are available for new players.