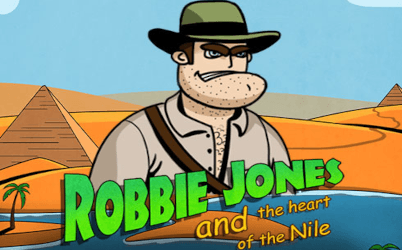 Obviously inspired by the Indiana Jones franchise, this slot machine will have you face off animated Nazis and the evil Baron Strudel to recover the treasures of the Nile and make yourself richer. Mobile-optimized and equipped with 99 fixed paylines, 96.76% RTP, medium to high volatility and lucrative symbols that can trigger prizes of up to 990,000 coins at the best online casinos, Robbie Jones by Fugaso is a slot that can reward you wherever you are. See these extras in action by playing a free Robbie Jones slot machine or read more about them in our full breakdown of the game. 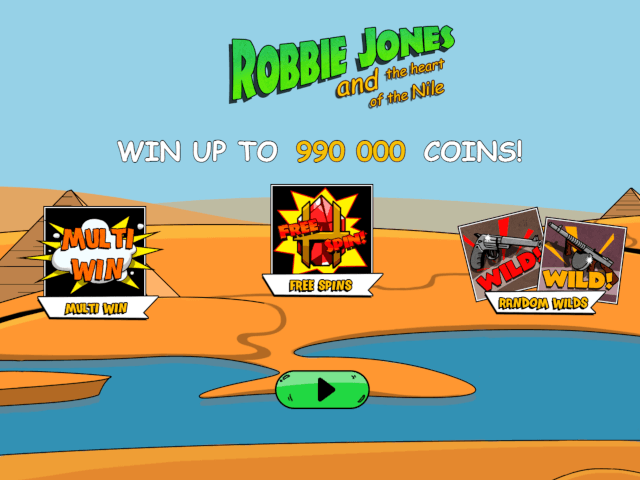 Robbie Jones is a new jackpot slot machine from the ever-expanding catalogue of Fugaso that brings cheeky entertainment and big payouts to the world of online casinos. The main selling point of this slot game is its potential to deliver a huge payout thanks to three progressive prizes that increase the more you play plus free spins games, payout multipliers, and a respins feature with sticky symbols.

Robbie Jones – how to play this Online Slot

If you have never played a slot game before, don’t worry. Robbie Jones is simple to use even by non-experienced punters. The controls on your right will let you determine the value of your coins while the wager level control on your left will let you increase the number of coins per payline up to a total of 10. You can use these buttons to go from the smallest wager of only 0.50 credits to a max wager of 250 credits per spin.

Robbie Jones features a staggering number of 99 fixed paylines which can only be seen by opening the paytable and not during an active round. You can collect up to 10 symbols on these paylines to trigger prizes, all of which give payouts in coins. Using one coin per line while playing for real cash can get you prizes of 2 to 500 coins, depending on the symbol. But if you wager all 10 coins, you can multiply your prizes and enjoy five-of-a-kind payouts of up to 5,000 coins. And thanks to the slot’s unusual Multi Win feature which triggers free respins, getting your hand on one big prize won’t mean that’s all you’re going to collect out of a single round.

Even when you switch to a mobile device, the slot will be quite easy to play thanks to the game’s mobile-friendly spin controls. You can play Robbie Jones on almost any device at the mobile casinos, no matter if it’s an older Android phone or a brand new iPhone. You can play the slot both manually and in AutoPlay mode when using a phone but also have full control over the game’s built-in settings.

Cash prizes on your quest to “the heart of the Nile” can be earned only when three or more matching symbols line up on a payline, starting at the first (leftmost) reel and continuing towards your right. The main hero, Robbie Jones, but also his love interest are the symbols you’ll want to see on your reels most often because they pay the best prizes when playing for real cash. But no matter what kind of payout you collect, the slot will automatically trigger its Multi Win feature which locks the winning reels and respins the rest for free, giving you a chance to bank the best possible prizes. And to help you activate the feature, the slot also has a bonus wild symbol which can substitute for all of the base symbols to form a winning sequence on your screen.

Another special symbol you’ll be able to collect is the free spins scatter, which can trigger the Multi Win feature when three of the symbols appear but also up to 20 free spins bonus games when you collect five or more scatters. During the free spins, you will also get to enjoy two additional wild symbols that can help you bank even more prizes. And to top it all off, any payout you collect during these bonus spins will also be applied a 2x multiplier by default.

And finally, the slot also has Fugaso’s three progressive jackpots which are featured in plenty of other slots from the studio. Apart from the smallest Mini jackpot, while playing this slot you can also trigger a Midi and Maxi prize for even more bonus money. All of these jackpots are pooled with each new wager you place and any of them can be won randomly during any round.

Not only does it have three different jackpots, but Robbie Jones also offers payouts of up to 990,000 coins when playing for real money which can be hit on a whopping 99 paylines at recommended online slots sites. However, keep in mind that having so many paylines also gives this slot a higher hit ratio, which implies that those mammoth payouts may be rarer than you’d like them to be. As a medium volatility slot with a relatively high RTP (96.76%), there should be plenty of appeal in this slot game for a variety of players.

Another medium-variance slot from Fugaso that is a thrill to play at the top-rated online slots sites, Robbie Jones is a game that can make a fan out of any type of punter. If you like simple online slot games that aren’t too risky but have the potential to pay well, you’d want to try out this game, even if you only play for free.

For players who want entertaining slot games that involve a little more risk, Fugaso also has several great slots that offer high-variance gameplay. Revenge of Cyborgs is one slot from the studio that is known for its volatile payouts but you also have other great slots like the Carousel, Mummy 2018, and the Cosa Nostra slot. Pay a visit to some of the top casinos featured on our website for a chance to enjoy these games for real money but also get some cash bonuses to help you get started.