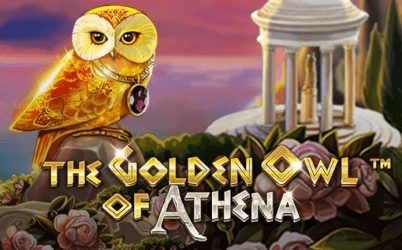 A slot game built for traditional players, The Golden Owl of Athena is one of the simplest games in the Betsoft collection. Featuring a classic theme inspired by legends of the Greek goddess Athena and only 10 paylines, this slot game features a 95% RTP and will take you back to the golden days of straightforward and rewarding casino entertainment. Learn more about the slot and its bonuses by reading our Golden Owl of Athena online slot review.

Play The Golden Owl of Athena For Free! 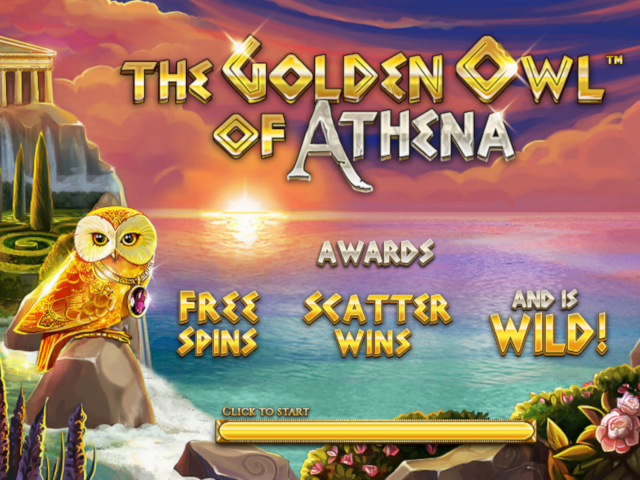 As you play along, you’ll get to see Athena’s legendary owl swoop down on the reels to unlock the wisdom of free spins games, produce wilds, and harness scatter payouts. And if you’re too impatient to wait for the bird, you’ll also be able to buy your way into the main bonus feature, just like in a number of recent BetSoft slot games. Prizes of up to 50,000x the line bet can be claimed while playing this game and thanks to its mobile-optimized design, you can get your slice of those payouts no matter what device you want to use.

The Golden Owl of Athena Slot Controls and Setup

The Golden Owl of Athena is a very simple slot that would be a great choice for any punter who is just starting to play slots online. When you sit down to play, the game gives you a few basic controls on your screen: one to control your spins, one to set up your payline bet, and additional buttons to engage the Autoplay mode, tweak settings, or buy your way to the bonus games. With the payline bets varying between 0.01 and 1 credits, you can spend anywhere from 0.10 to 10 credits per spin while playing this game.

The slot only features 10 fixed paylines that you can use to trigger prizes, which can be seen by hovering over the numbers on your screen. You’ll have up to 11 symbols to win payouts with while playing for real cash, including the owl which serves as the default bonus symbol. Collect some card icons on the reels and you can bank prizes of 5-150x your line bet, but collect five of the high-paying symbols and you can win a whopping payout of 5,000x for a single sequence. And thanks to the slot’s double-up game, you’ll have an unusual chance to double any payout you win up to several times.

If you want to play the slot on your phone, you will be able to do so directly without the need to download anything. Most of BetSoft’s new slots are HTML5 games that can be played instantly on a variety of devices, Android and iOS included, and The Golden Owl of Athena online slot is not an exception. Play automatically by tapping your screen or set up the Auto Play feature to kick back and let the slot do all the work for you.

The Golden Owl of Athena Gameplay and Bonus Features

Once your quest to Athena’s temple begins, you’ll mostly be waiting for two or more matching symbols to fall on a payline, from left to right, and trigger a payout. The best symbols you can collect when playing for real money are the tree, temple, and Athena symbols because they pay the biggest prizes of 2,000x, 3,000x, and 5,000x the line bet, respectively. These symbols, together with the other picture icons, are also the only symbols that pay for a two-of-a-kind sequence.

Another symbol that can be quite worth your attention is the owl, which acts as both a scatter symbol as well as a wild symbol. When the owl appears, it can either substitute for other symbols from the paytable or trigger a payout of 20-2,000x the line bet, depending on what’s more likely. And whenever you collect three or more of the symbols on the screen in any location, the slot will also give you a bonus of up to 20 free spins. One advantage you get with the free spins bonus is that it is played with a special expanding symbol which the slot chooses randomly at the start of the feature.

And finally, if the game’s bonuses don’t prove to be as profitable, which isn’t very likely, you still have the double-up game. You can play this game after every payout by pressing the “double up” button that sits next to the Auto Play control. In it, you’ll be able to bet your full winnings or half of them on a simple coin toss for as many times as you want.

In short, The Golden Owl of Athena is a very simple slot with affordable betting limits, medium-volatility gameplay, and a solid payout potential. As such, this game is mostly suited for beginner punters or experienced players with a taste for more traditional slots. When played for real cash, The Golden Owl of Athena online slot can offer balanced payouts of up to 50,000x the line bet without putting your budget at risk with long dry spells. Of course, the higher hit ratio of the slot also means that you’ll likely see small wins much more frequently than you will any huge payouts.

If you’re more interested in slots that offer simple features but are also more volatile with their payments, we recommend trying out Play N’ Go’s Rich Wilde and the Book of Dead. This 10-payline slot machine is a popular high-variance game that likewise features free spins bonuses but also offers better payouts of up to 250,000 coins. NetEnt's Dead or Alive is another great alternative you may want to explore if you want a simple 9-payline slot with free spins bonuses and a very high volatility.