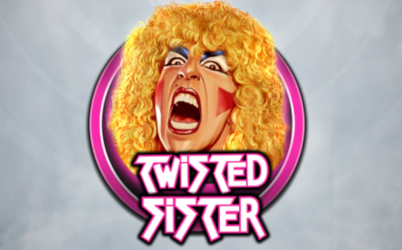 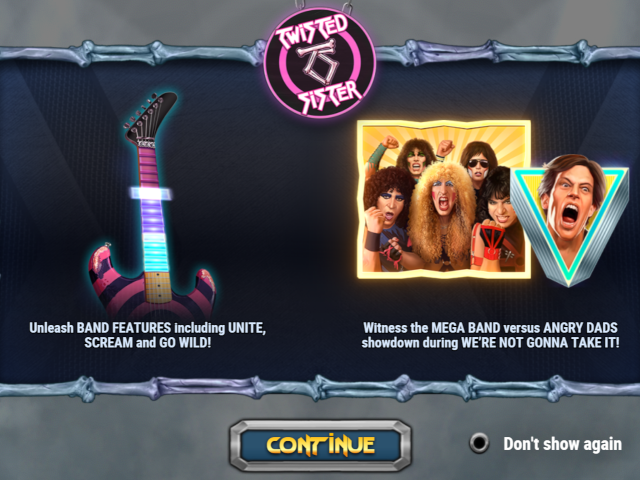 The Twisted Sister online slot from Play'n Go stars the heavy-metal rock band that bears the same name. First formed in 1972, Twisted Sister has rocked generations of fans for nearly half a century with high-energy, anthems like “We’re Not Gonna Take It” and “I Wanna Rock” that turn teens into life-time fans. Their music videos also rode the zenith of that genre in the 1980s and ‘90s.

Unlike many of the best online slots, this game features real people as symbols. They are lead singer Dee Snider, Jay Jay French, Eddie Ojeda, Mark Mendoza and Anthony Pero. The Dee Snider symbol is the most rewarding, offering 250x your total stake for 25 or more on the 36-spot grid. The Twisted Sister slot has 2 wilds, including Angry Dad. Lower-value symbols include a guitar pick, an LP, a Twisted Sister badge and a record sleeve.

Real-money players can play this game from C$0.10 a spin to C$100 per spin. As you’d expect, there’s an Auto Play function where you can spin up to 100 times without a click. To help you control your play, you can add single win and loss limits. The Auto Play will stop, if you device, when activating the Free Spins feature.

The Twisted Sister slot benefits from several bonus features, including the linked reels, a cascading grid and mega symbols. It takes 5 or more matching symbols to form a winning combination. When that occurs, it triggers the cascading feature. The winning symbols are removed from the grid and new symbols take their space. This allows for successive wins

The Twisted Sister slot offers players at the top online slot sites a top RTP of 96.2%. Typical for a Play ‘n GO game, it’s a medium variance slot with a top winning spin of 4,500x your total stake.

There are severs steps involved to getting free spins, but the trip is worth it for players who want to rock their way to some slot riches. The Mega Symbol cascades each time it appears but the biggest jackpot opportunity comes from triggering free spins.

This game is a terrific addition to Play ‘n GO’s portfolio of rock band-themed slots, which include Testament and Annihilator. Give Twisted Sister a ride or check out any of our other game reviews from Play’n Go!