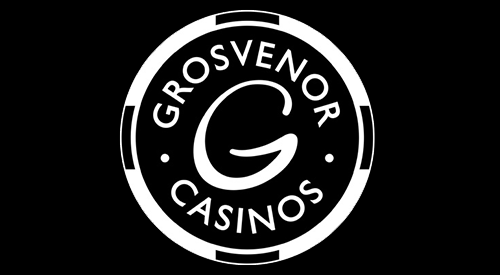 Grosvenor differs from most other online operators in that its main land-based offerings are actual casinos rather than betting shops. The company has been in business for several decades, and despite being fully owned by the Rank Group, the Grosvenor brand remains strongly associated with the British gambling market.

Anyone who's anyone on the UK poker scene has heard of Grosvenor's Poker Tour, and the company even sponsors top pros such as Jeff Kimber.

Grosvenor proudly left the established iPoker Newtwork, a subsidiary of industry colossus Playtech, for rival Microgaming's poker network, MPN. With the newly established backing of Microgaming, the site now offers some of the finest software in the industry.

MPN is one the world's largest networks of online poker rooms, and there's no denying that Grosvenor's offering is improved by this software partnership: a larger network means more players, and more players mean higher jackpots. Grosvenor operates via a dedicated client that can be downloaded from the company's main web page. Players shouldn't be put off by having to download – the file is a mere 1.06 MB and can be installed on most systems in minutes.

The firm also offers a poker application that works on both Android and iOS; this app can be downloaded directly from the main site using a handy QR code, and can also be found on Apple's App Store and Google Play. While there's a small selection of in-browser poker titles on the main site, serious players who want the full experience should get their hands on the client.

Grosvenor users can tailor their display to show a wide range of data about their gameplay, as well as adjust sound and graphics quality to get the most out of their hardware. Poker tables can be resized at the click of a button, and expert gamblers can amp up their experience by playing several games at one time.

Although Grosvenor's offering is more about gaming than socialising, players can also create lists of people they've played against in case they want to organise a rematch.

Most of these games work on a 'Fixed Limit', 'Pot Limit', and 'No Limit' basis, which means that punters have variable levels of control over the amount they can wager on each hand.

One unusual and attractive feature of Grosvenor's poker offering is the link between online play and the Grosvenor United Kingdom Poker Tour (GUKPT). While most online casinos get no closer to real life than live streams, Grosvenor players can try to win a place at the GUKPT by playing satellite games on the outfit's online service.

Players can find a wide selection of poker games in Grosvenor's client, including popular variants such as Texas Hold'em, Omaha, Omaha Hi/Lo, 5-Card Stud, and 7-Card Stud. There are also 'Sit 'n' Go' jackpot tables where gamers try to win a set number of tournaments in a row to qualify for a huge cash bonus.

While all of Grosvenor's best poker rooms use the dedicated client, there are also six online poker games that can be played on an in-browser basis: this selection includes Jacks or Better variants alongside Triple, Five, and Ten Play Draw offerings.

Grosvenor Casino Poker has a wide range of tables that suit experienced players and newbies alike, so there's no need for gamers to dive in at the deep end if they're still learning the ropes.

Players can transfer into their Grosvenor account using Visa, Mastercard, and Maestro, and can also make transactions via direct bank transfer. While the company's client is simple enough to be used by anyone with basic computer skills, tech-savvy gamers can deposit and withdraw via e-wallet services such as Moneybookers, Laser, Neteller, and Ukash.

Users who are accustomed to playing on the main casino should note that the poker client only accepts three currencies, these being pounds, US dollars, and euros.

Grosvenor Casinos is licensed and regulated by the UK Gambling Commission and the Alderney Gambling Control Commission and, what's more, all of the company's iPoker-powered software is rigorously tested to ensure random number generation.

Players who are unsure about how to make deposits or withdrawals can contact a dedicated customer support team via email, and Grosvenor also operates a helpline that's available 24 hours a day.

It comes as no surprise to most that Grosvenor's online poker product is considered one of the most elite poker offerings on the market. Most familiar with major poker tournaments would recognize Grosvenor's obvious connection to the Grosvenor United Kingdom Poker Tour (GUKPT).

The online poker site is on par with all other Grosvenor products which seem to find their way atop every list of topnotch online offerings.

"A professional Poker player, TV pundit and over 30 years top level experience across all aspects of the gambling industry."