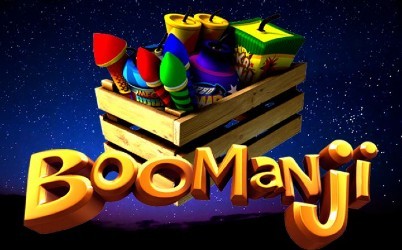 If you ever miss the good old days when slot machines were simpler, you'll love the Boomanji slot. This 3D slot game from Betsoft is one of the simplest slots you can play online and a game that can speak to experienced punters and novice players alike. With a 95.3% RTP, this slot game offers just one bonus feature and a low to medium variance experience. Before you try it at one of our recommended online casinos, read on for a full breakdown of the features of this game.

Play Boomanji For Free!
Bookmark It For Later 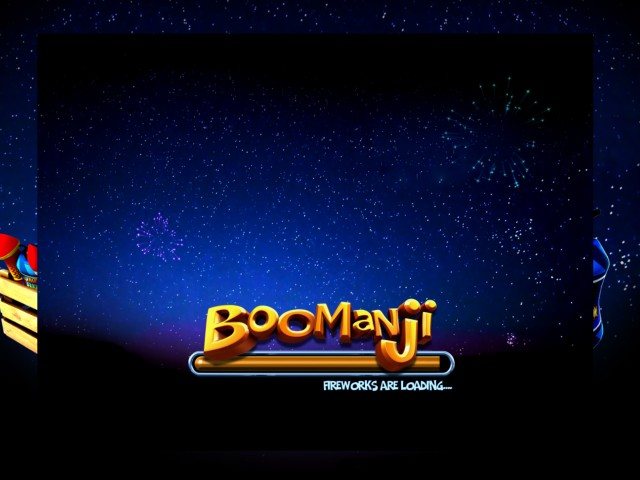 Play Free Demo
Version Directly in Your Browser
Play Boomanji For Free!
Bookmark It For Later

Featuring only 10 active paylines and but one bonus wild respin feature, Boomanji may not seem like a very attractive game at first sight. But play it for real cash and you'll see that it can be really worth your time, giving you a shot at collecting a really solid 50,000 coins jackpot.

If the game looks familiar, it's because it is very similar to NetEnt's popular Starburst slot. Like that game, the Boomanji slot machine is equipped with a respin feature but also mechanics that pay in both directions. And just like virtually all slots from BetSoft, you can play Boomanji on all available devices, no matter if it's your tablet or a computer.

How to play Boomanji Online Slot

There's nothing complicated at all about playing Boomanji. On the contrary, this game is one of the simplest slot machines you can find online. To begin playing, firstly use the three betting controls at the bottom of your screen to adjust your stake. The first of these controls lets you increase/decrease your coin value while the other two controls let you bet more coins per payline and select which paylines you want to activate. Use these buttons to fine-tune the size of your stake and bet anywhere from 0.01 credits to up to 100 credits per spin.

Since the paylines are active, it would be a good idea to check them out first by pressing the numbers on any side of the reels to see whether you want any line turned off. You can also see the paylines inside the paytable where all of the slot's symbols are likewise listed. Boomanji has eight symbols in total that can bring you money and each offers different payouts in coins, though none of the symbols will trigger any free spins. These payouts range from 5-250 coins per combination when betting one coin per line and between 50-2,500 coins when betting the full 10 coins. But what is really interesting to mention is that these prizes can be paid in both directions, giving you twice the winning opportunities of a regular slot machine and much better returns while playing for real cash.

As a mobile player, you can also enjoy Boomanji on practically any type of mobile device that runs on iOS or Android. As you may expect, you will have fewer controls on your screen after you switch to a smartphone or tablet for a smoother mobile gameplay. Therefore, in order to choose a different stake or engage the Auto Play mode, you'll need to enter the game's menu while your screen will only feature a single spin control.

As the firework symbols start rolling on your screen, the only way to win a prize and see some of them pop is to match them in a sequence. Any time you match three, four, or five of the same symbols on a designated payline, the slot will pay you the cash prize for that symbol sequence. And since Boomanji pays both right to left and vice versa, your sequences can begin at the leftmost reel, the rightmost one, or at both starting points to get you paid. Collect a five-of-a-kind on any payline with the highest-paying symbols and you can grab a real money prize of 5,000 coins, and that's only for a single sequence.

Apart from the regular symbols that are there to pay prizes, Boomanji also has one bonus symbol that triggers the only special feature in the game. This symbol looks like a box of fireworks and it serves as an expanding wild symbol. When it appears on reels two, three, or four, this icon will grow to fill the entire reel with wilds that can substitute for all other symbols but also trigger a bonus respin during which all expanded wilds will remain in their places. And if you get additional wild symbols during the respin, the slot will likewise expand them and give you more respins, up to a maximum of three.

Boomanji is a slot machine that will mostly attract players who are looking for simpler, old-school slots rather than any bonus-packed modern games. Just like a Vegas-style slot, this game offers you a limited number of features and a straightforward gameplay that will be easy to understand even by new players. The variance is somewhere in the low-to medium territory while the hit ratio is persistently high, paying out prizes steadily throughout your session. Unfortunately, this also suggests that most of the payouts you'll get while playing through a real money casino will be smaller rather than close to the max win of 50,000 coins per spin.

So, if you're more interested in online slot games that can offer you big payouts and don't mind playing something more volatile, you can also look into other Betsoft slots that have a different payout rate. Games like the Greedy Goblins and the Slotfather II are one of the most popular medium-variance slots from the studio and games that feature a wide range of bonuses, while pokies like the Blood Eternal and Fire & Steel offer you simpler but more volatile gameplay. Check out one of the top online slots sites to find these Betsoft titles as well as games from other slot game makers.