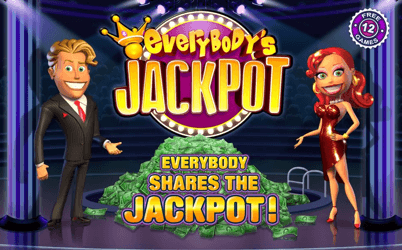 Everybody's Jackpot is unique in the world of progressive jackpot slots, in that it rewards everyone in the game when the big prize is won. And that's not the only distinguishing feature of this special slot. 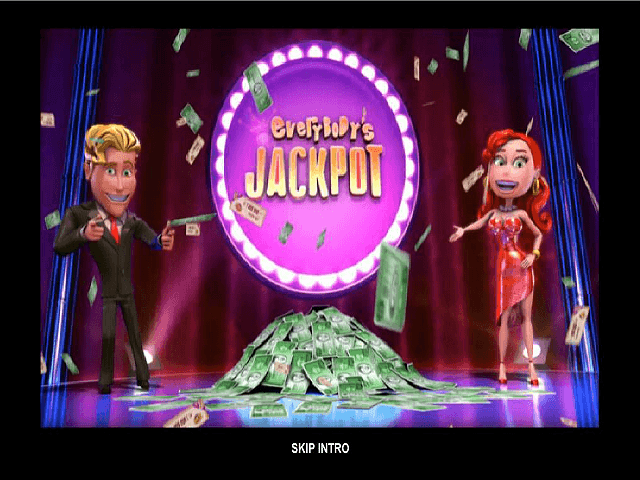 It's rare to find a popular progressive jackpot touting the slogan "Everybody shares the Jackpot!" Obviously, most of us are a fan of progressive jackpots and enjoy the idea of everybody contributing to the jackpot in order to win some more, but when we finally snatch that life-changing jackpot, we don't get particularly excited about sharing it with someone on the other side of the world, do we? Though, this is exactly what makes Everybody's Jackpot so unique in the world of progressive jackpot slots; it rewards everyone in the game when the big prize is won. Fortunately, that's not the only distinguishing feature that this special slot has to offer.

The game is set up as an exciting gameshow, with funky 3D graphics and a dynamic hostess leading players through the game. By using much smaller reels than you will find in most online slots, Playtech was able to build a larger than life environment to surround them. There are just three reels in all, which make a nine-square grid with eight paylines in play. As a result, gameplay is quick, clean and simple.

Players can win in the conventional manner, by lining up the glitzy win symbols on the grid. During play, the Wild may only occur on the central line during free games and substitutes for any symbol in a win line. The Scatter may occur in any position on the reels. The Free Spins feature is triggered when three or more Scatters appear in one spin. Each Free Spins feature is comprised of 12 free spins with a bonus Wild at the centre of the grid, and can be retriggered by landing three or more Scatters at any point during play.

Instead of giving the whole jackpot to a single player, Everybody's Jackpot awards just 70% to the winner. What about the remaining 30% you ask? 15% is shared evenly between all qualifying players in the game and the other 15% is distributed between the same players proportionally to how much was wagered in the previous 24 hours. This means that you can still win a share of the jackpot even if you currently aren't playing. Everybody's Jackpot is unique in the sense that it does not only ensure that all players get a slice of the action when one lucky player wins, it also rewards its most loyal fans.