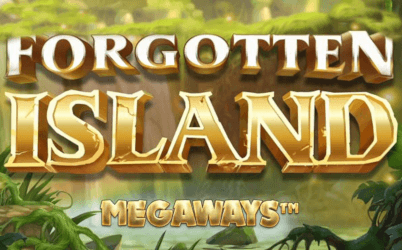 Explore a lost realm with the Forgotten Island Megaways online slot from Microgaming and partner All41 Gaming. Scheduled for release on 18th January 2021, it promises to be a game packed with adventure on every spin. With a varying number of winning ways, it also comes with Rolling Reels, win multipliers, and free spins. You can play this high volatility game on PCs and mobiles, winning up to 7,000x your stake. Average returns are set at a generous 96.25%.

The 6 reels sit in a lush jungle setting, with a gorilla standing to one side. It’s an adventure-themed game and alongside the standard playing card symbols, the Forgotten Island Megaways slot will have items such as lamps, books and a compass on the reels.

The Megaways system places a 7th horizontally spinning reel above the main set and varies the number of symbols on each reel anywhere from 2 to 7.

Winning symbols vanish, which can lead to several wins in a row, while other features include the gorilla handing out random win multipliers, and a free games round where multipliers rise in value with no upper limit.

How to Play the Forgotten Island Megaways Slot

When it’s launched, the Forgotten Island Megaways slots game will offer a range of bet options, from 0.20 to 20.00 per spin. Like other Microgaming titles, it’s designed for ease of use and will work on iOS, Android, and Windows mobiles at the top mobile casinos. Control options will include Autoplay and Turbo modes.

The gorilla will leap into action at any point, awarding a random multiplier of between 2x and 10x. Other features are set to include the popular and rewarding Rolling Reels system, where winning symbols vanish and new ones drop from above to fill the gaps, potentially creating further combinations. Any wins in a series of Rolling Reels will see a multiplier rise by 1x and there will be no maximum limit.

During a free slot spins bonus round, you will start with a 2x multiplier on any win, and it rises from there with each Roll in a series. Once more, there will be no limit to how high this multiplier can rise.

The exotic theme and Megaways layout will surely make this a hugely successful game. Bonus features such as rising multipliers in any series of Rolling Reels, and free games with even greater winning potential are among other attractions to look forward to.

When is the Forgotten Island Megaways Slot Released?

Forgotten Island Megaways is due to launch at our recommended online casino sites on 18th January 2021.