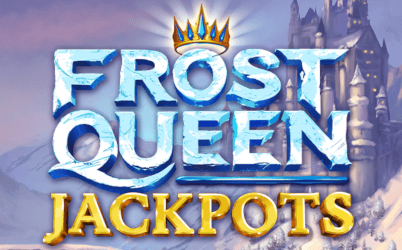 The Frost Queen Jackpots online slot is a new game from Yggdrasil that’s set to hit online and mobile casinos on 21st January 2021. It will be a low variance game with average returns of 96%, and where you can win up to 1260x your bet. Played out across 5 reels and 20 lines, the Frost Queen Jackpots slot machine will have a Treasure Chest bonus feature and free spins that can lead to a big jackpot prize.

How to Play the Frost Queen Jackpots Slot Machine

The standard Yggdrasil control buttons are used here, which will ensure that the Frost Queen Jackpots slots game is easy to play and suited to novices as well as experienced users. By selecting the coin value, you can vary stakes from a minimum of 0.20 to a maximum of 40.00 per spin.

Keys can appear in any spin, and your task will be to collect enough of the same colour key to trigger a free games bonus round. Each of the different free spins bonus features can lead to a jackpot prize, but the size of the jackpot will depend on which games your keys unlocked.

The Frost Queen Jackpots online slot will also have an exciting prize picking feature, where you select from the treasure chests to reveal a win multiplier.

The jackpots are not the only way to a big win, as you can collect a prize of 1260x your bet from this low volatility game. That’s 50,400.00 at the maximum stakes. The average payback percentage will be 96%.

When is the Frost Queen Jackpots Slot Launched?

You can play the Frost Queen Jackpots slots game at the best Yggdrasil online and mobile casinos from 12th January 2021.