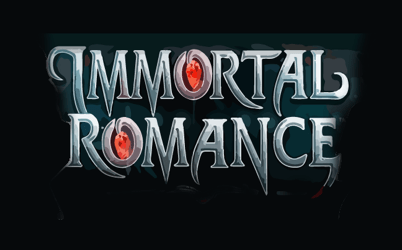 The first in a mythical saga of games from industry leaders Microgaming, this slot combines the excitement of video slots with a story of dark desires and vampire love. Although it sports only five reels, the Immortal Romance online slot was also one of the first games to feature the company’s revolutionary 243 Ways to Win system.

Play Immortal Romance For Free!
Bookmark It For Later 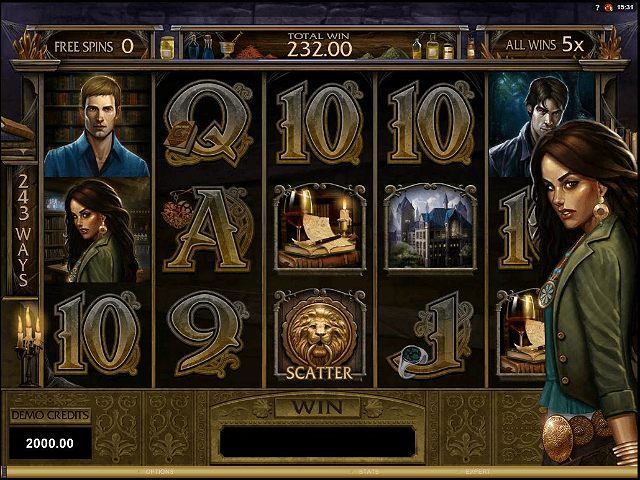 Immortal Romance is the first in a mythical saga of games from industry leaders Microgaming and combines the excitement of video slots with a story of dark desires and vampire love. Although it sports only five reels, Immortal Romance was also one of the first games to feature the company’s revolutionary 243 Ways to Win system.

Initially debuting in December 2011, Immortal Romance attached itself to the vampire bandwagon, which was made popular by films such as Twilight, and TV shows like The Vampire Diaries. The game itself features a cast of mysterious characters, which actually look a bit like the cast from The Vampire Diaries. Their stories unfold as the player achieves higher winnings and bonuses. So, to unravel the mystery, players should play on.

The journey undertaken by the beautifully illustrated characters is elevated by an understated gothic romantic soundtrack, while certain symbols will dance out of the screen in dazzling 3D when struck. As well as the four main characters, other symbols include a country mansion and a library, with some old parchment and a glass of wine, or is it blood...

As for betting, this video slot caters to all sorts of budgets. Players can select how many coins to bet (1 to 10) and attach a value of 0.01 to 0.10 to them. This means you can start spinning from 0.30 and bet up to 30.00 per spin. To speed things up a little you can opt for a Quick Spin setting or make use of the Auto Play button, which lets you spin automatically up to 500 times. To manage your budget, you can choose to set a win limit, causing Auto play to stop if the limit has been reached or exceeded.

Immortal Romance contains several interesting features. The game's logo represents the Wild symbol, which can be swapped for any character except the golden knocker Scatter symbol. It also doubles the winnings if on an active pay line. However, it does not act as a Wild during the Wild Desire feature, which is triggered at random. This is because the feature has the ability to turn all five reels wild. Landing three or more of the scatter symbols grants players access to the coveted Chamber of Spins, with four rounds to choose from relating to the main characters; Amber, Troy, Michael, and Sarah. Amber’s room is unlocked from the start, granting 10 free spins, while the others have to be unlocked by landing the scatter symbol multiple times. Sarah is the last to be unlocked, gifting a player an amazing 25 free spins.

The intriguing storyline, generous bonuses, and 243 Ways to Win system guarantee that players will be fixated with this title for some time to come. Just make sure to catch some sunlight every now and then, sure it won’t hurt you.

Why is the Immortal Romance slot so popular?

Immortal Romance offers players the chance to win up to 12,000x their bet on a single spin. The vampire theme is also very popular as evidenced by the amount of vampire themed slot games at online casinos.

Immortal Romance is a medium volatility slot game, offering players the best of both worlds in terms of low and high variance slot games.

Do I need to download the Immortal Romance slot?

To play the Immortal Romance slot game, simply visit one of our top online casinos and open the slot in your browser. There is no download required.

Can I play the Immortal Romance slot for free?

You can play a free demo of the Immortal Romance here at gambling.com.

What online slots are similar to Immortal Romance?

For a newer slot game with a similar vampire theme to Immortal Romance, slot players should check out Blood Lust by ELK Studios.

When was the Immortal Romance slot released?

What is the RTP in the Immortal Romance online slot?

Immortal Romance comes with an above average RTP of 96.86%.

What slot symbols are in the Immortal Romance slot?

Does the Immortal Romance slot have free spins?

Landing 3, 4, or 5 scatter symbols will award entry into the Chamber of Spins. Here, players can win free spins with a variety of features, such as win multipliers or enhanced wild symbols.

Are there any Immortal Romance promo codes?

There are no Immortal Romance promo codes at the moment, but players can avail of other welcome bonuses at many of our top online casinos.