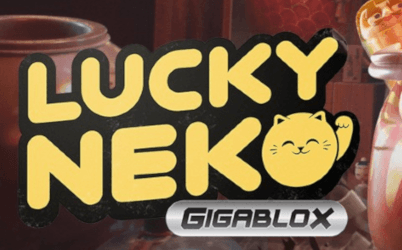 There are slots with incredible visuals and then there’s Lucky Neko; to put it simply we’ve never seen a game like this before. This is Japanese-themed slot comes from the minds at Yggdrasil. It’s more akin, visuals wise, to an AAA video game than anything else so if you’re a major slots fan you need to try Lucky Neko right now at a top online slots site. Read our review below! 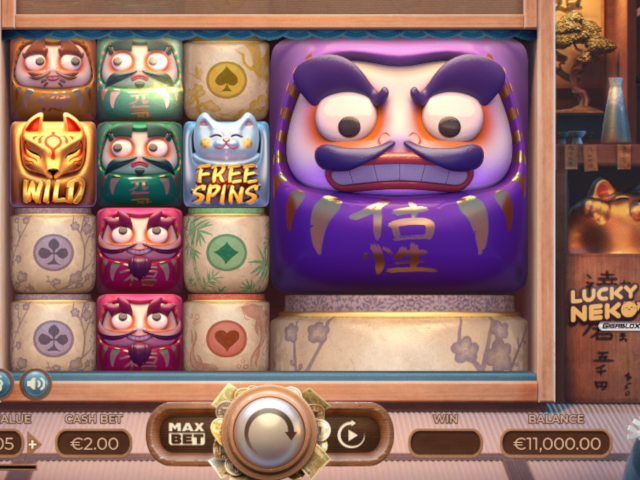 Lucky Neko is quite possibly the most effervescent slot game we’ve ever come across. Having played the game extensively we can tell you that the attention to detail is breathtaking - from various household objects shaking as the reels smash into the floor in the base game, to trees and banners swaying in the breeze during the free spins round. This game feels alive and the Japanese ‘Neko’ theme is vibrant and inviting.

We had the chance to speak with Pawel Piotrowski, New Games Manager at Yggdrasil, on an episode of The Knowledge podcast about Lucky Neko:

“The idea [for the theme] came from our concept artist Alex. We were looking for something that would work nicely with the mechanics of the game. So different symbol sizes with a clear hierarchy. Alex, being a huge fan of Japanese culture, proposed the dolls that you see on the symbols. According to Japanese culture they bring good luck and so does the lucky cat Neko that appears in the name of the game and also as a free spin symbol.”

The controls in Lucky Neko are set up in a classic way, pretty similar to other Yggdrasil games. The spin button is at the bottom of the screen in the center flanked on the sides by the max bet and autoplay options. It is possible to use autoplay stop conditions in Lucky Neko but you’ll need to access them by clicking the small ‘+’ symbol on the bottom left of the screen.

Lucky Neko is available to play on PC or Mac. You can also play the game on iPhone and Android mobile devices. We tried the game out on all of the aforementioned devices and we are pleased to report that there was no lapse in quality or gameplay between any of them. Lucky Neko runs smooth everywhere.

The Lucky Neko real-money slot is Yggdrasil’s first game containing the Gigablox mechanic. The feature grants at least one set of synced reels for every spin that creates big blocks on the reels. These big blocks cover more space and will turn into smaller blocks to help make up paylines. The minimum is one 2x2 reel but that can scale up to 4x4 and it is possible to get multiple block reels on each spin.

The free spins in Lucky Neko are awarded depending on how many scatters you land in the base game. Each scatter gives you one free spin. You can also land scatters in the free spins game, which will award you further spins. The free spins round begins by randomly designating a ‘blessed’ symbol which you’ll see land in a pot beside the reels.

The maximum win in Lucky Neko is 6,953x your stake, which equates to the possibility of winning a maximum total of 695,300. The base game’s RTP is on the medium to high side, which means you’ll experience bigger wins less frequently. In line with this the hit frequency of the game is 15.45%.

Lucky Neko is a fantastic game, which can be enjoyed for free or for real money, and is well worth a go if you’re a fan of online slots. While the high volatility may not be everyone’s cup of tea, the new Gigablox mechanic really sets this game apart from release competition.

We always recommend trying out slot games with new mechanics and Gigablox is something that’s totally unique. Yggdrasil will have more games with the mechanic coming out in the future but for now we would highly recommend checking out Lucky Neko and experiencing it for yourself at a top online casino.

If you enjoy Lucky Neko: Gigablox you may like the following: