Quest To The West Online Slot 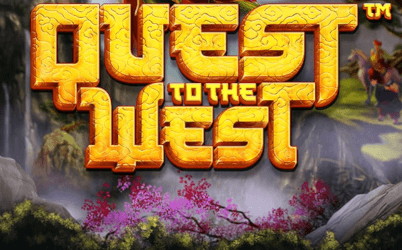 Slot players at the best online casinos have been delighting over the recent release of Quest To The West from those master software wizards at BetSoft which has blended the usual superb gameplay of a BetSoft title with thrilling Chinese graphics and powerful Asiatic wonderment.

Play Quest to the West For Free! 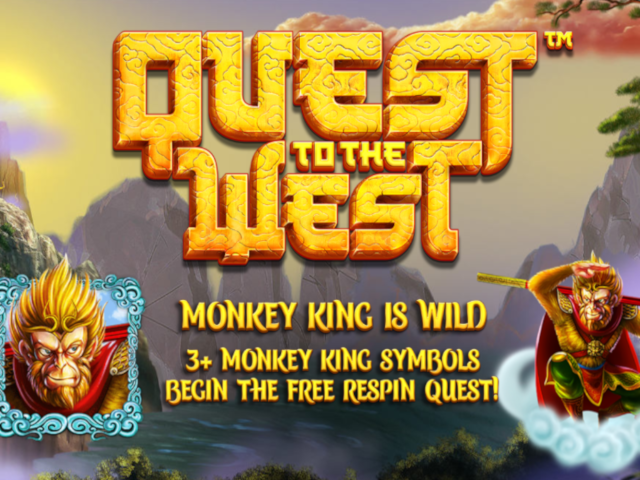 No prizes for guessing where the inspiration came from as the title gives that right away, despite the change of Journey to Quest in the expected title! The famous book Journey To The West is recognised as one of the greatest classical novels of Chinese literature and perhaps the most popular book of all time in Asia with it’s epic historical tale combined with indulgent fun and intended humour.

It’s a different genre for BetSoft to go after with previous success from the Sugar Pop series and the likes of Slotfather 1 and 2 but it’s a welcome one and it could be the start of something quite big for the Malta based crew.

They have clearly pulled out the stops with a super high RTP of 97.53%, a very low minimum stake play level at 0.02 per spin and an upper limit that will appeal to high rolling real money spinners of 80.00

With a top prize of 1,260x your stake there is lots to like even if that doesn’t reach to the top of the pay out charts for slot jackpots, it’s a delight to try and here’s why our expert slot reviewers think so.

How to play Quest To The West Online Slot

Quest To The West will be available at all Betsoft casinos on desktop, mobile, tablet and across the Apple iOS and Android platforms it’s simple to enjoy and play on the move wherever you are.

25 paylines across 5x3 reels, no jackpot or progressive involved here it’s a straight shooting and simple to understand game with delightful Asian themed graphics. You can set up autoplay simply with up to 100 spins at a time for all bet limits, the menus and info options allow for the pay-table to be studied, the music to be toggled on or off along with the sound fx and then there are the rules.

The Monkey King Walking Wilds the games big feature, these win generating beauties are wild and substitute for all other symbols. They pay out at the highest possible prize level and if you get three or more they trigger the Quest To The West event – the all important bonus round!

Quest To The West Free Spins and Gripping Gameplay

Wins that follow the trigger of the Quest To The West bonus round via the three Monkey King wilds are where the walking wilds come into play. With each Free Spin the Monkey King wilds move one reel to the left and this continue until they disappear off the reels.

Quest To The West Maximum Payouts

With a max pay out of 1,260x your stake then it isn’t the highest around from Betsoft or several other developers but it is a truly exceptional slot in terms of game play and with a solidly high RTP of 97.53% and a relatively sensible medium volatility level this game has maximum appeal.

Previous Betsoft slot hits have gone as high as an amazing 1,200,000 coins for a maximum payout (see Greedy Goblins!) and whilst that is a clear stand out players won’t complain with the regular bonus action and excitement Quest To The West generates.

It was only a matter of time until BetSoft went into Asia themed slot games and a genre that has so many passionate fans across the online casino world will surely make Quest To The West a huge hit now it’s hit the online casinos at last.

Here at Gambling.com we love the humour and fun of the original Chinese novel and players are already reveling in the monkey magic, princes, pigs and warriors battling it out to deliver big wins across reels with walking Monkey King wilds and the substituting symbols!

If you like your slots to have temples, Asiatic mirth and riches along with free spins and a back story of historic and epic nature then we know you will love Quest To The West.

Alternatively check out some other Betsoft slot titles here!