Should You Pay For Tips? The Knowledge Ep1 - Pete Ling of SBC

Did you know that there’s such thing as a professional tipster? Yeah, there are people out there who pay people for betting tips, on horses, football, golf, tennis, you name it.

Pete Ling runs the Smart Betting Club, a service that reviews and painstakingly monitors sports tipsters and then recommends them to punters who are looking to make a profit from betting. But you’ve got to be good to make his list.

How Professional Tipsters are Judged

When the Smart Betting Club finds a tipster that looks like they can do their job, they begin the tracking process. But they don’t actually review a tipster until at least a year after that.

"We do some very detailed analysis of the results a tipster has," he said. "We get very granular on the different aspects. If it’s a horse racing tipster, we’re going to look at the overall picture, but we may also look at how they perform on the Flat, the jumps, the all-weather.

"To get into that we need a decent-sized data set. You’re not going to look at just two months results, you’re going to want a few 1,000, a few years worth of results to actually draw some substantial conclusions from."

He added: "Off the back of that, once we get the results, we look at the practical reality of following a tipster. A tipster might quote a price, they’ll say you can back this horse at 5/1, but if that 5/1 isn’t available for more than five seconds, in the real world you’re not going to be able to match their performance.

"That’s a really key aspect of what we also track through some detailed monitoring of the service. So there’s a lot that goes in and to a certain extent it depends on the tipster and the markets they are involved in."

Conquering the Quest to Make Profit

Even after being handed the best tipsters by the Smart Betting Club, still some people struggle to make a profit - even though their tipsters are handing them the information to do so.

According to Ling, the barrier for so many people, especially when they are trying to bet for profit and not just for a few thrills on at the races, is emotion.

"I would say that one of the most underrated topics is the psychological impact of betting," he said, "and how you need to get on top of that to conquer the quest to make profit.

"I often suggest to people that they don’t watch events that they’ve bet on. It’s far easier to see the results of a horse race where you have a lot of money riding on it, just as results on a web page.

"The horse that you back may have been beaten in a photo-finish, or you’ve got a bet on a football game where there’s a last-minute penalty that goes against you, or some kind of unfair event, like VAR may chalk a goal off. You may then make irrational decisions off the back of that bet. Because you’re so emotionally tangled up on the outcome of that bet."

Coping with the Highs and Lows of Betting

Ling provides this kind of advice as to the next level of his tipster service, helping to train punters’ mind on how to combat some of the issues that can arise from over-thinking their betting.

But what about when things really aren’t going your way. What about the dreaded losing streak? How do we deal with that?

"The thing to be aware of is that losers happen to everybody," Ling stressed. "Just because you’re paying a tipster doesn’t mean you’re not going to lose. So my advice would be: understand mathematics, understand probability, understand the concept of value betting.

"All tipsters, or the ones I come across - the good ones - are based on a value betting proposition. They might calculate that a horse has a 3/1 chance of winning, yet they can see there is 7/2 available with a bookmaker.

"That’s not saying that the 7/2 chance is going to win every time, it’s still got the same chance of winning as it had prior to that, but if you then take that price 100 times and the tipster is right, you’re going to make that edge." 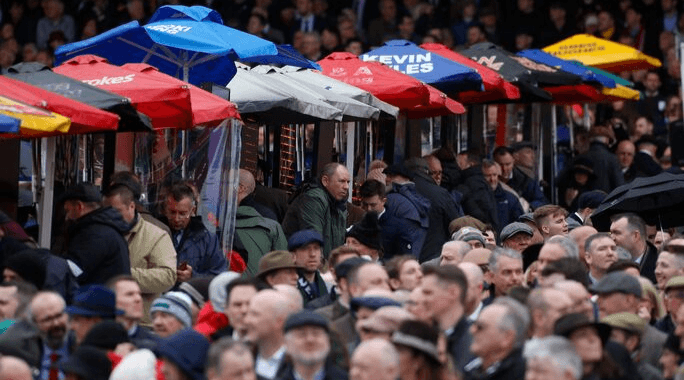 He added: "One other thing I would say is: look at the strike-rate of a tipster you’re following. If you’re following a golf tipster for example; golf by its nature means you’re backing selections at big prices, so your strike-rate is going to be very low, but when you do win, you’re going to cash in big."

Different markets represent different opportunities and levels of risk in betting, so we’ve asked Ling, where’s the best place for a new punter to start trying to make a profit?

"I think horse racing is a good sport to get involved with because it allows you to bet daily, there are several race meetings every day," he said. "You can easily find affordable tipsters, or find enough opportunities to bet if you want to back off your own steam every day.

"I wouldn’t recommend people start looking at laying or trading at high odds, but I can think of a couple of racing services that are making a 10% return of investment backing under 4/1, with maybe two or three bets a day.

He added: "It’s generally not too volatile it’s a nice easy way to get involved, and you’re not going to get too many problems with a possible bookmaker restriction, or the wrong kind of interest in you for making a profit, due to the profile of bets you’re making."

With the market fairly saturated in Europe on the tipster and bookmaker front, Ling has started to look into the emerging sports betting market in the US to find out what kind of tipping services are available.

"There are established tipsters," he said. "They call them handicappers out in the States, but market out there for tipsters seems to be a bit like the wild west.

"There was a really interesting show on the Action Network. It followed four different punters when sports betting was legalised. There were a couple of tipsters on it, and some of them were pretty shady.

He added: "The difference is there’s a lack of transparency in the US, a lack of accountability, and they charge extortionate prices.

"You might pay for a racing tipsters you might pay £20 per month in the UK or Europe. People would probably pay $200 for one tip in America. It’s mind-boggling some of the prices that are quoted and what people will pay for."

Subscribe to the The Knowledge here and be sure to check us out on iTunes and Spotify where you can leave us a review. Ep2 will feature Greyhound Racing New South Wales wagering supremo Adrian Molloy and the comeback of Greyhound Racing in Australia and the Million Dollar Chase!

© PA
6 Of The Biggest Ever Upsets At The Euros
By continuing to use our site you agree to us using cookies in accordance with our Cookie Policy .
Got It
×