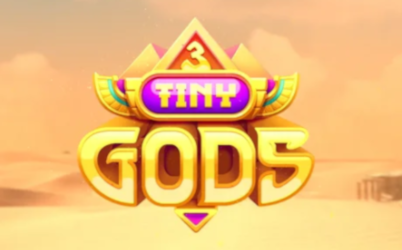 Another highly anticipated production from Microgaming, 3 Tiny Gods is an Ancient Egyptian themed online pokie with a unique design unlike anything else out there, one that works really well. Wilds, scatters, free spins, a number of bonus games and random modifiers help to keep players filled with excitement despite the slot’s lower frequency hit rate and with a 96.40% RTP, it could pay out handsomely at the best online casinos. 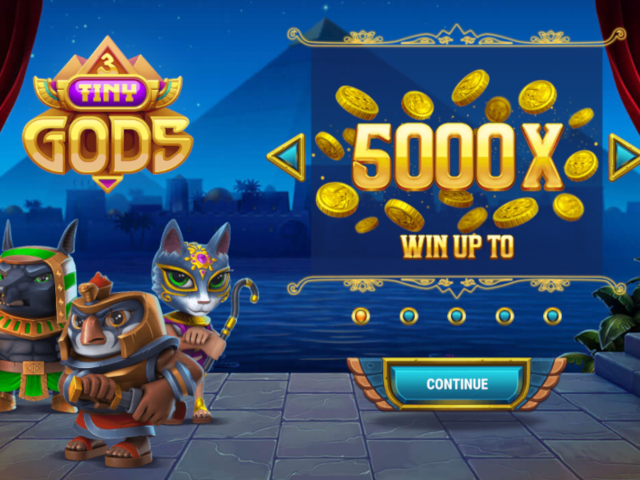 Set in Ancient Egypt, 3 Tiny Gods has been making waves since its release, thanks to the features Microgaming have packed into it to make it stand out.

As we mentioned, there are a number of interesting and exciting features in the 3 Tiny Gods slot game but with an average hit frequency of 24.22%, it could be argued that the game is not the most generous when it comes to the payout regularity.

It does however have some innovative features, including a powerful Wild symbol which will help players hit those winning combos. It’s also part of the slot’s biggest payouts with 100x the stake per line indicating the importance of seeing those Wild logos appear!

How To Play The 3 Tiny Gods Online Pokie

Before spinning the reels, players can access the paytable via the menu in the bottom left. Here you'll find all the important information on the payline and high paying symbols, such as the Pharaoh, the Queen, Horus, Anubis and Bastet.

This menu button also allows players to set their stake amount and, if you'd rather sit back and watch the action, set up to 100 autospins.

All devices, from desktops to laptops and mobiles to tables, are compatible with the game’s layout and Microgaming have ensured no functionality is lost regardless of what platform is used to play this online pokie. This goes for both the standard gameplay as well as the controls like autoplay and adjusting your stake.

Free spins bonuses can be obtained by the bonus symbols that appear on a trio of the reels and this feature is known as the Wrath of Anubis. Other features, such as the Mystery of Horus, which transforms 2 or 3 reels into mystery icons, and the Gift of Bastet, where reels are shuffled to give players the chance to hit a winning combination, are also on show and keep the gameplay exciting throughout.

The other main feature in the 3 Tiny Gods pokie game is the potential to scoop a jackpot. During spins in the base game, symbols may appear with a stack of coins. Landing these coins may trigger one of the game's three jackpots for players.

To be in with a chance of landing the maximum payout for the 3 Tiny Gods online slot, you need to be in the bonus game. The Jackpot Bonus is hit by amassing coins which appear beside the symbols in game and as you land upon more of them, your chance to get involved in this feature go up also. It pays up to 5,000 times the player’s stake and there are another pair of lower value prices paying 100x the stake and 15x the stake. The RTP in this medium volatility slot is 96.40%.

Although the Ancient Egyptian theme has been well travelled, the 3 Tiny Gods slot game is one of the most impressive ventures in the market when it comes to visuals and is sure to catch the eye of many players. The game itself is exciting, with the prospect of big wins from the 5,000x bet jackpot alleviating any concerns over the medium volatility. The bonus features and easy to understand gameplay will likely make it an attractive slot for novices as well as season pros.

For a look at what else Microgaming have been getting up to recently, check out the Immortal Glory online pokie. Another 5 reel slot set in ancient times, Immortal Glory offers a maximum payout of 2,500,000.00!