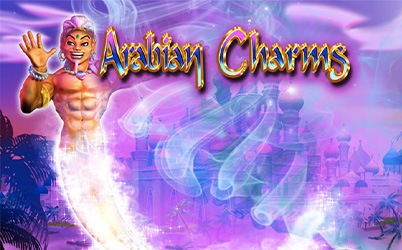 The Arabian Charms online pokie machine from Barcrest was originally designed for land-based casinos. It gives players a more-traditional experience, one that you can enjoy only on Flash-enabled devices. The online pokie features a 5-reels screen with 20 fixed paylines which is mostly filled with icons representing images from a mythical Mideastern region. It is a medium-variance game with a 95% RTP.

Play Arabian Charms For Free!
Bookmark It For Later 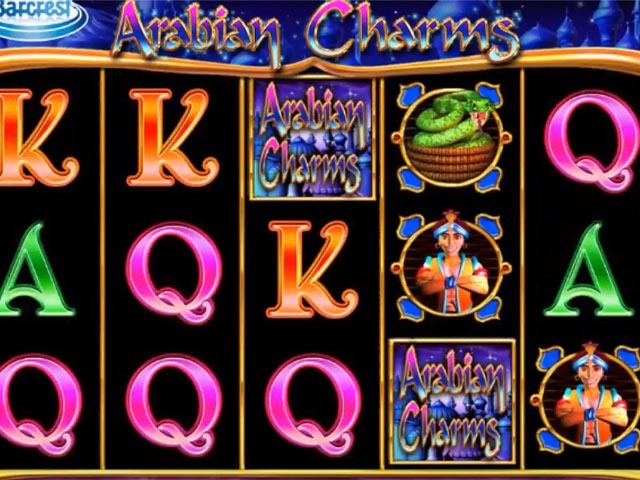 Another pokie machine from Barcrest that was originally designed for land-based casinos, the Arabian Charms pokie gives you a more traditional experience, one that you can enjoy only on Flash-enabled devices. Inspired by the genie in a bottle myth, this online pokie features a 5-reels screen with 20 fixed paylines which is mostly filled with icons representing images from a mythical Mideastern region. As a medium-variance game with a 95% RTP, Arabian Charms offers you a fair gameplay that’s less risky but without lacking good payouts. With prizes of up to 250,000 credits available for the taking, you’ll have plenty of rewards to look forward to whenever you play for real money, like you find on other Barcrest pokie games.

Whilst the pokie may not be available on any device, it can still be quite tempting to play thanks to its bonus features. Apart from substituting wilds, this game also offers you a symbol swap feature that can improve your payouts but also a Money Wheel game that hides some very rewarding instant bonus prizes. Read our in-depth guide below to learn more about the bonuses and rewards offered by the game or try our free Arabian Charms pokie machine for a demo.

As a pokie that was built for land-based gaming, Arabian Charms by Barcrest is equipped with really intuitive controls that should be easy to use even by inexperienced players seeking the best online pokies. Before you can play for real cash, you will first need to use the control on your bottom-right to set up your payline bet. Push the control downwards for a chance to play with only 0.20 credits per round (0.01 per payline) or push it upwards to set up your bet up to a massive 500 credits. Once you finish choosing, just use the spin button to start off your first round.

In Arabian Charms, you can trigger prizes on up to 20 fixed paylines at a time by collecting up to seven different symbols. To see the prize given by each symbol and take a look at the paylines, just press the help button on your dashboard. The cash prizes are always listed as multipliers to your payline bet and they can be triggered with all symbol found on the screen, including the bonus icons. The three card symbols are the lowest payers, offering 5-100x your payline bet per sequence, whilst the logo symbols give the best prizes that can go up to 250x your line bet. And thanks to the special mystery win feature, the pokie can also help you collect some of the top prizes even when a spin doesn’t produce any high-paying sequences.

Sadly, unlike some of the other NextGen pokies, which were subsequently adapted for online playing, the Arabian Charms pokie doesn’t come in a mobile-friendly package. As an online casino game that runs on Flash, this pokie is only available to players who use a desktop or a laptop but not anyone that likes to gamble via iOS or Android mobile devices.

Until your fortune smiles on you and the genie lands on your reels, you will need to earn payouts by collecting matching sequences. For every three or more identical symbols that you collect consecutively on a payline, beginning with the far left reel, the Arabian Charms pokie machine will pay you one of the prizes from the paytable. And to help you create a winning sequence when there are none, the game will often give you a wild symbol which can substitute for all base icons (not the scatter) and pay up to 250x your line bet.

The reason why the scatter symbol can’t be substituted is that it triggers the main bonus game. When you collect three genie scatter symbols on reels two, three, and four, the pokie activates the golden trail bonus feature. Like a game of Money Wheel, the golden trail bonus game lets you spin for prizes, with the difference being that each number your wheel lands on will determine the number of steps you climb up the special money path. This bonus path is full of prizes that are multiplied by your total bet which you can win when the wheel stops on a collect button. The maximum you can win is 500x your stake, i.e. 10,000x your payline bet (500 x 20 paylines).

Another bonus you can expect whilst playing for real cash is the mystery win feature, which can be activated randomly on any spin. This special feature can help you bag some bonus payouts by either swapping your losing symbols with winning ones or improving a win you’ve collected by adding new icons.

If you have no problems playing for real cash on a computer, this pokie machine will offer you a medium-variance gameplay that hides some very attractive prizes, ones that can go up to 250,000 credits per bet. The RTP is also fair (95%) and the hit rate is high enough to get you paid often whilst you’re waiting for those big wins.

Are Arabian Charms And Similar Pokie Games Right For You?

Despite being a desktop-only game, Arabian Charms by Barcrest still remains an attractive online pokie for those playing at the top online pokies sites. If you’re interested in more traditional pokies and want a game with really high max bet limits and more than one attractive bonus, Arabian Charms will have what you need.

Alternatively, if you’d rather play pokies that are more volatile with their rewards, you can also check out some of our Barcrest casinos to find other high-variance games that’ll better suit your needs. Barcrest’s own Hercules High & Mighty pokie is one game worth looking into as it offers you a higher RTP, free spins games, and a 5x5 screen that can stretch to 10 rows of symbols. And if you ever want more winning opportunities, check out the hugely popular Raging Rhino from Barcrest’s partner WMS, which gives you 4,096-ways mechanics and free spins bonuses with wild multipliers.