Even the Score Online Pokie 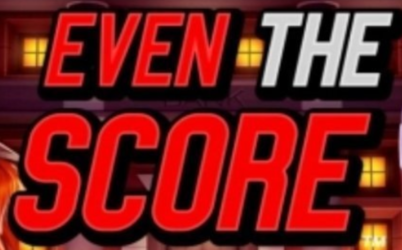 Even the Score is an exciting heist-themed pokie from Playtech where you join a band of villains over 5 reels and 20 paylines. Each character has their own special abilities to grab wins, including expanding the reels, adding win multipliers, and more.

Even the Score Online Pokie Review

With the right mix of symbols and features, you can claim wins of up to 10,000x your total stake, or a huge NZ$1,500,000 if you have the maximum bet on the triggering spin. These figures alone will indicate that Even the Score will be a popular play at the top pokie sites.

Even the Score Pokie Setup & Controls

The ‘I’ tab below the reels takes you through to a paytable, where you see how the various criminal masterminds modify the gameplay, and how much you win from each symbol. It’s all very easy to use and even inexperienced players will be spinning the reels of the Even the Score pokies game in next to no time.

Like most Playtech pokies, it works on PCs, iOS, Android, and Windows mobiles and tablet computers. Apart from some of the controls repositioned to make them easier for thumbs to reach, the mobile version works in just the same way as the desktop game, so you don’t miss out on anything if your preference is to play at mobile casinos.

Free Spins & Other Even the Score Pokie Bonuses

It’s possible to win 10,000x your total bet if the Inside Man grants the maximum multiplier of 10x to a win. At the highest possible stake of 150.00, you would legitimately claim 1,500,000.00 in loot. This is a medium to high variance pokie though, so you can often see longish runs of losing spins between winning ones. But don’t worry, as the average return to player percentage is a decent 96.12%.

Our Even the Score Pokies Game Verdict

For a variation on the theme, play the Heist Online pokie from the guru’s over at Betsoft. Great graphics and thrilling gameplay mean it would be a crime to miss out on these games. You’ll find them at our top-rated sites, where you can grab free bonus funds and spins without even breaking any laws.