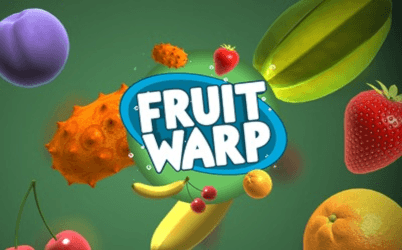 Welcome to the Fruit Warp pokie – one of Thunderkick’s most original and most volatile pokie machines that can attract any player who likes high-variance games. Featuring a unique gameplay that relies on 9 reels and no paylines, this pokie may look a bit unusual but it can certainly be rewarding. With its high RTP rate of 97%, broad betting limits, and a jackpot of 1,100,000 credits, Fruit Warp by Thunderkick can be a very exciting game to play for real cash, one that you can enjoy on any device you want. 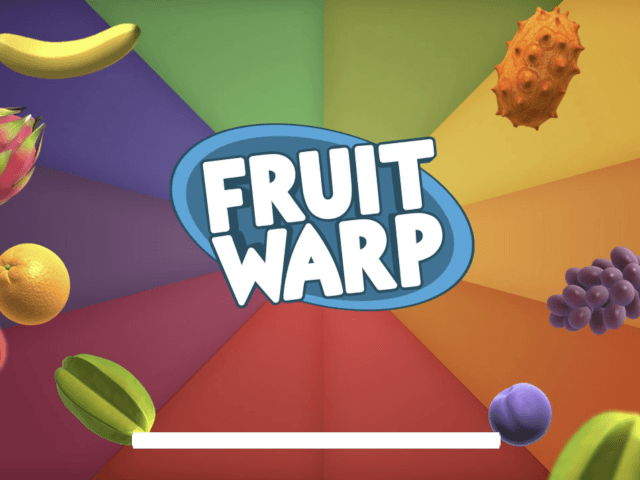 Building upon the legacy of old fruit machines with a completely new set of features, Fruit Warp is a logical choice when you want to move on from the traditional gameplay of the online casinos. Collect small sequences any way you want them for a shot at the bottom prizes or trigger a bigger win to activate crazy portal respins and the Fruit Mode feature for dynamic win multipliers and more bonus spins. These features and a whole lot more make this fun pokie game a whole lot different to retro fruities.

How to play the Fruit Warp pokie game

Fruit Warp by Thunderkick may not look like your usual pokie machine, but that’s not to say that it’s difficult to play. On the contrary, this online pokie features only three screen controls which give you an easy way to enjoy the game, no matter your experience. Begin by pressing the chip control to select a bet between 0.10 credits and 100 credits per round and then use the spin button to kick off your session.

What’s unique about the pokie is that it has no paylines nor does it rely on any usual win mechanics. Prizes are won here just by collecting any of the nine fruit symbols listed in the paytable, which is accessible to you through the button in your bottom-left corner. The prizes are always shown in credits and they vary depending on your chosen bet size. The three lowest-ranking symbols offer you payouts of 0.10x to 24x your stake per sequence while the most profitable icon can pay up to 216x your bet. Bigger wins are also possible with every larger sequence you collect thanks to the special Fruit Mode multiplier feature.

If you want to, you can also play the Fruit Warp pokie for real money on any mobile device that supports HTML5. The game was designed to work smoothly with the top mobile casinos on Android and iOS devices alike and you can play it on both smartphones and tablets. The playing experience is the same no matter what device you use, only the buttons are placed at different parts on the screen.

Fruit Warp by Thunderkick allows you to collect prizes without worrying about any paylines or lining up symbols on adjacent reels. To win some money, you just need to collect at least three of the same symbols in any positions on your screen. Since you get nine symbols per spin, you’ll get a chance to collect nine-of-a-kind wins, the most profitable of which are given by the carambola, kiwano, and dragon fruit symbols which can pay up to 42x, 45x, and 216x your stake, respectively.

Where things get really exciting while playing for real cash or with a no deposit bonus is when you collect four or five matching symbols during a single round. If you collect a four-of-a-kind, the pokie will activate the fruit portal feature which removes all non-matching icons from the reels and replaces them with randomly-chosen symbols to give you a shot at a much bigger prize. And if the portal feature helps you add at least one more matching symbol to your initial four, the pokie will immediately trigger the Fruit Mode bonus game.

The Fruit Mode is a progressive respins bonus you can trigger with five matching icons, during which you’ll get to complete a special prize trail and collect multiple bonus payouts. As you progress on the trail by collecting new matching symbols, you’ll get to unlock dynamic win multipliers that grow but also one extra life to use when a respin doesn’t produce more of the same icons. The bonus lasts until no more matching symbols appear or until you reach the end of the trail. And the best part is that the win multipliers are applied at the end of the feature on the sum of all prizes won during it, even payouts triggered by different symbols than the ones that activated the bonus.

Fruit Warp is one of the most thrilling pokies in Thunderkick’s portfolio and a game that will appeal mostly to high-limit players. With bet sizes that go up to 100 credits, high-variance gameplay, and a very enticing progressive bonus feature, this pokie can get offer you plenty of rewarding payouts, up to 1,100,000 credits per round on the max bet (11,000x your bet). The RTP is 97%, which is very solid, and the hit frequency is estimated at a quite high 40%, which we’re guessing is mostly due to the progressive bonus. If you like your pokies to be straightforward, rewarding, and volatile, this is the game to look into.

If you like playing less risky pokie machines, you can instead check out Thunderkick’s amazing Roasty McFry and the Flame Busters – a medium-variance game with 16-bit graphics and prizes up to 5,280x your stake. For an even less volatile pokie machine, you can also try the Esqueleto Explosivo which gives you a fun presentation, cascading reels with win multipliers, and a jackpot of 700x your bet. Feel free to pay a visit to some of our Thunderkick online casinos to discover even more pokies from the game company and get yourself a proper welcome bonus after you create a new account.