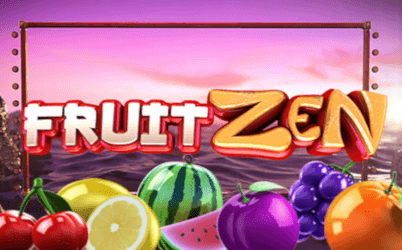 Betsoft are back with a relaxing, chilled out slot game in the form of the Fruit Zen online slot. This straightforward release features frozen wilds, a 96% RTP and some classic fruit symbols. Check out our full review down the page. But, for now, we need to go deep; deeper, to find out what the true source of this slot is. So, “Turn off your mind, relax and float downstream...”

Play Fruit Zen For Free!
Bookmark It For Later 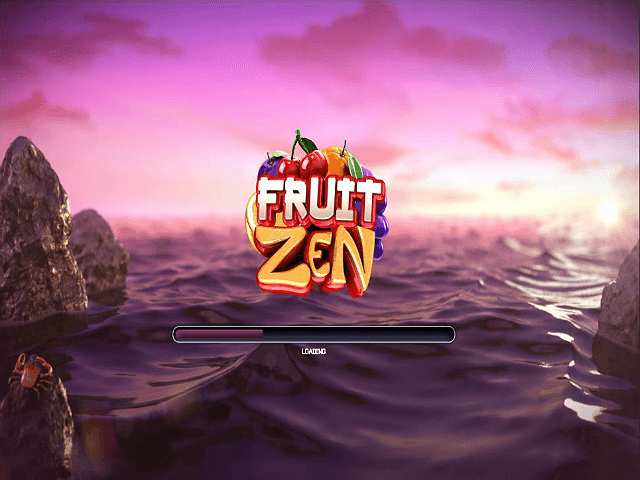 It's fair to say most online slot games are pretty full-on nowadays, packed with flashing images, wacky characters and/or repetitive soundtracks. Fruit Zen, a real-money 3D game released via BetSoft’s Slots3 Arcade series, is the perfect antidote to all this. It isn’t full-on. Or wacky. Or loud. It simply… is (and breathe out).

It’s worth remembering that, with online gambling – as with life in general – it’s important to relax and simply live in the moment sometimes. Playing this five-reel slot with three rows and up to ten paylines affords you just such an opportunity as its core vibe is one of peace, calm and contentment. The fact that it encourages you to enjoy a stress-free gambling experience and gives you the chance to land a jackpot win is, to our mind at least, the best kind of karma there is. And, as a largely medium variance offering with a RTP hovering around the 96% mark, this Oriental-themed, fruit-based gambling slot has the potential to keep you channelling those super-positive vibes for a good long time, be it on a mobile or PC.

It goes without saying that the setting for this game is lovely and chilled, with the transparent reels resting on an enchanting seascape where undulating waves lap softly against the rocks. There’s even a little red crab in the corner of the screen, watching the setting sun.

Fortunately, Fruit Zen’s high-quality graphics and neat 3D animations look just as good on tablets and mobiles as they do on the desktop platform. The simplistic gameplay works effortlessly on Android, iPads and iPhones as well.

Fruit Zen is, in essence, a modern 3D take on old-school fruit machines. However, the big difference here is that winning combinations can be formed from right-to-left as well as left-to-right. This effectively gives you ten extra paylines (making 20 in total) to play with.

Of course, you’ll need to set your bet size before you start playing. This is done via the ‘Choose Coin +/-’ option in the bottom-left of the screen. The ‘Select Lines +/-’ and ‘Bet per Line +/-’ features are right next door. In the opposite bottom corner you’ll find ‘Max Bet’ (set the maximum bet allowed) and ‘Autoplay’ (used to turn the reels automatically). The most important button of all – ‘Spin’ – is also here. If you want to check out the paytable then just click on ‘Options’ in the top-left corner.

There are seven of the fruity symbols mentioned earlier: oranges, lemons, grapes, watermelons, plums, raspberries and cherries. The highest-paying symbol is the orange. Landing a combination of five oranges will give you a nice 250-times your bet reward.

The game’s Wild symbol is the bright ‘Fruit Zen’ logo, though it appears only on the second, third, fourth and fifth reels. The Wild expands to cover the whole reel it pops up on in flowers, affording you the chance to land even bigger wins as it ‘grows’. You’ll receive one free re-spin whenever this happens, with the Wild symbols frozen in place.

If another Wild should appear on the reels while your initial Wild remains frozen in place, you’ll bag yet another free spin. Like re-incarnation, this can carry on and on and on as long as there's space on the reels for Wild symbols to appear. Fill all four reels with Wilds and you’ll be in line to land some seriously big wins.

Some of you may well have noticed that the Fruit Zen online slot isn’t dissimilar to the classic online slot, Starburst. So is this a good or a bad thing? Well, it depends on your point of view and, perhaps more importantly, your state of mind. If you really love Starburst then you may just chalk Fruit Zen up as a copy and be done with it. If, however, you regard imitation as a form of flattery then you’ll no doubt conclude BetSoft has taken a winning formula and dressed it up in a nice and relatively distinctive outfit that works very well indeed.

Sure, it may be a little too simplistic for some, and the theme certainly isn’t going to suit you if you’re looking for something to get the heart racing. But if you’re looking for something a little different, or even a nice little break from the norm, then the simple yet highly entertaining delights of Fruit Zen are definitely worth checking out. Man.