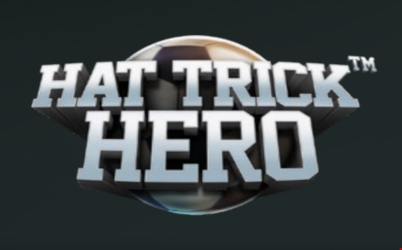 Play Hat Trick Hero For Free!
Bookmark It For Later 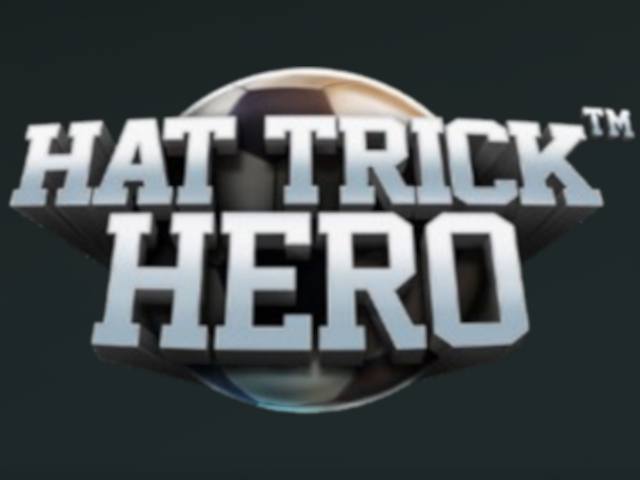 Football is the biggest sport in the world, and has entered other pores in society as well. It’s more than a sport and a major piece of pop culture. It has even managed to infiltrate the world of online pokies, giving players a chance to bag goals and win cash prizes.

The Hat Trick Hero pokie is a new and popular Betsoft pokie game that will delight football fans around the world. A highly volatile pokie with an RTP of 96.23%, Hat Trick Hero allows you to score goals across 25 paylines. Hit a hat-trick like Cristiano Ronaldo or Lionel Messi, and you can win a prize over 1,200 times your stake.

Playing the Hat Trick Hero online pokie is pretty easy. Football fans will be happy about the crisp-clear graphics and the animations that bring the pitch to life. Hat Trick Hero’s symbols include everything from a football trophy to a power shot, cleaves, and a jersey. There’s a golden ball and a golden shoe for the most efficient strikers. A referee’s whistle can also be seen, so make sure not to be too hard with your fouls.

The Hat Trick Hero pokie game makes great use of the so-called Power Shot wilds as well as regular wilds, sticky wilds, and walking symbols. The golden trophy pays the most – 45x for 5 on a line on a bet of 1.20 per spin. You get half of that for the same combination involving the five golden footballs or golden shoes. There are 4 low-win card royals too which pay 10 times less on average.

Betsoft is known to create visually-appealing pokies, some of the best pokie games around, and this one is no exception. The sights bring stadium football to life in Hat Trick Hero, and the booming soundtrack and appropriate sound effects complete the pretty picture.

Playing the pokie is simple no matter the device you’re on. You will need to set your bet first (0.20-12.00) per spin and hit the Spin button. The reels will then turn with a nice animation and you should cross your fingers for the Power Shot wilds. Three of these special wilds will trigger the Hat Trick Hero event where you’ll be bagging goals to raise the score meter right above the net.

The RTP of the Hat Trick Hero pokie is set at 96.23%. That’s on-point for a highly volatile pokie game whose main feature is a respins mode with instant cash prizes. Make sure to keep your bets small so you don’t go bankrupt right away.

The maximum win in the Hat Trick Hero pokie game is 1,260 times your bet at the top online pokies sites.

Football pokies are pretty popular, but there aren’t that many great ones to try. Betsoft tries to change this status quo with the release of Hat Trick Hero. It’s certainly an impressive pokie to enjoy with the Power Shots and the fun respins round. During our Hat Trick Hero pokie review, we managed to hit it quite regularly, so it’s not as sporadic as free spins rounds are.

The Hat Trick Hero online pokie was developed by Betsoft. This is one of the biggest studios on the market, responsible for hits such as Viking Voyage, Stampede, and Primal Hunt.

The minimum bet you can place on the Hat Trick Hero pokie is 0.10 per spin. That’s pretty low for new players and a solid bet for those that use strategies.

Are there any free spins in the Hat Trick Hero pokie?

No, there are no free spins round in the Hat Trick Hero pokie game. There is a bonus respins round that can be triggered by special wilds.

What do the walking wilds in the Hat Trick Hero online pokie do?

The walking wilds are the central part of the action in the Hat Trick Hero pokie. They move one spot to the left and an inch closer to the goal fueled by free respins wins that can bag you a prize worth over 1,000x your stake.

Is there a jackpot in the Hat Trick Hero pokie?

No, the Hat Trick Hero pokie doesn’t feature a jackpot. However, with a maximum prize of 1,260 times your stake, it comes close to jackpot territory.

What’s the best casino where I can play the Hat Trick Hero pokie game?

There are so many casinos to pick from nowadays, so we can’t tell you what the best Betsoft casino is. Try them all and find a suitable one where you can enjoy the Hat Trick Hero pokie.

Yes, it is. If you want to get the most out of it, you should be careful with your bets in the early rounds.