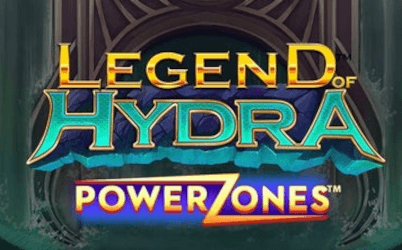 A 4-headed monster stalks the reels of the Legends of Hydra pokie from Playtech. It guards the rows of symbols of this 6-reel game, adding special zones where you can land the biggest wins. Random bonuses and free spins are also available. It’s a high volatility pokie with 15,625 ways to win, that comes with average returns of 96.48% and the chance to win a vast 10,000x your stake. At the top end of the betting options, that equals a win of 2,000,000.00.

Play Legend of Hydra For Free! 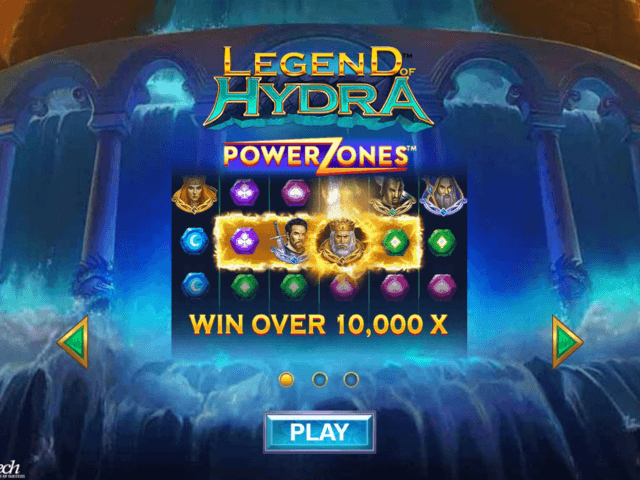 Developed in conjunction with Ash Gaming, this Playtech-powered pokie looks fantastic on PCs, iOS, Android, and Windows mobiles at the best online casinos. The action takes place in front of a massive waterfall in some mythological Ancient Greek setting, where castles, columns, and the 4 dragon heads of the Hydra frame the 6x5 grid of symbols. The reels themselves are filled with lower-value crystals, along with higher-paying knights, kings, and queens.

Look out for Power Zones appearing in any places. These expand and can turn symbols within the Zones into multiple examples of any other. During a free games round, the Zones continue to grow. Randomly triggered Hydra features can also give your winnings a big boost.

How to Play the Legends of Hydra Pokies Game

The wide choice of staking options will be enough to cover almost any bankroll, with bets of between 0.10 and 200.00 accepted. Playtech pokies are designed for all levels of skill and even inexperienced players will find Legends of Hydra easy to set up, with just a couple of clicks on the bet options needed to get started.

Speed up the gameplay in Turbo mode, or sit back and watch the reels spin on their own by activating the Autoplay function.

You can review the paytable by clicking the ‘I’ tab to the left side of the controls. This lists how much each symbol is worth when crossing reels from left to right, and it has further details on the multiple bonus features.

A gold crown is the wild symbol here, and it helps out by standing in for others if needed to complete a win. Any standard symbol can appear charged with energy, and they turn any position they land on into Power Zones. If another charged symbol appears adjacent to a Power Zone, the Zone expands, potentially filling large sections of the reels.

If you land a charged symbol within the Power Zone, all symbols within the Zone transform into the same type and that can lead to some huge wins. Once symbols transform, the Zones vanish, and you start to build new ones.

Charged symbols also fill a meter above the reels. This gradually unlocks special Hydra features, and the longer you play the Legends of Hydra pokie machine, the more features you activate. The first feature is available right away, and sees the Hydra adding up to 11 wild symbols at random. Next, you can land up to 9 Power Zones at once, and following this, the Hydra adds 2x multipliers to the Zones. The last Hydra head adds up to 3 more Power Zones, with win multipliers and mystery symbols.

Gold coin scatter symbols trigger a free spins round at our top-ranked online casinos, with between 12 and 50 bonus games playing out, depending on how many scatters you land. You can retrigger the free games, with no upper limit, and instead of vanishing when symbols transform, the Power Zones stay active throughout the round.

At the end of the feature, a Mega Spin sees all symbols in the Power Zones transformed into one type.

It’s possible to win a colossal 10,000x your stake from this high volatility game, or 2,000,000.00 at the maximum bet. When setting your stakes, keep in mind that high variance games can spin their reels several times in a row before you land a win, but payouts tend to be higher to compensate. The long-term average returns are a healthy 96.46%.

This great-looking pokie has an epic quality to the style, gameplay, and features. The ingenious features, such as each Hydra head activating a different bonus in turn, and Power Zones, make it stand out at online and mobile casinos using the Playtech range.

It could look a little complicated at first, but in practice, it’s all very easy to follow. Play the Legends of Hydra pokies game for a wide range of stakes at our favourite sites, and don’t miss out on the best casino bonuses when you join up.