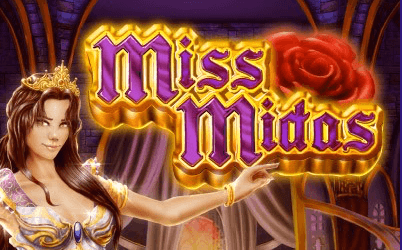 King Midas has made way for the somewhat sexier, eponymous princess Miss Midas who, fortunately for us, also has a magic touch! 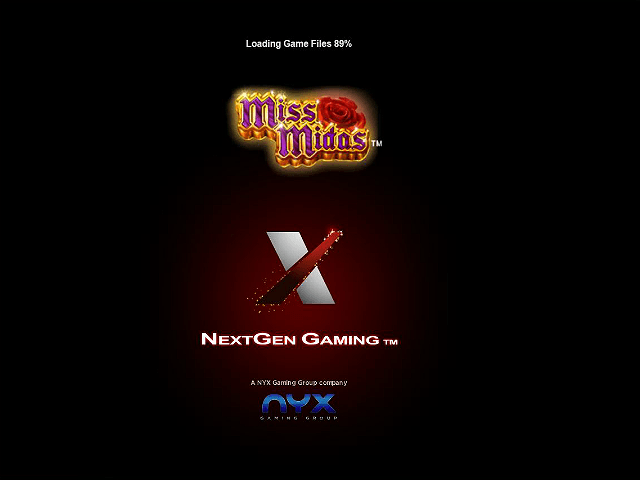 Most of us will be familiar with the story of King Midas and his magic touch. Well, for this excellent slot the story has been modernised, offering some shiny special features that may just turn everything to gold, too.

A true classic in NextGen Gaming's increasingly polished pantheon is this impressive five-reel, 25-payline slot. In this game, King Midas has made way for the somewhat sexier, eponymous princess Miss Midas who, fortunately for us, also has a magic touch. As you might expect, the theme is overflowing with glitz and glamour, both on the reels and in the soundtrack, which is an excellent fit for this flashy casino environment. Symbols include traditional card symbols and high paying symbols, such as a rose, a throne, a fruit bowl and a peacock.

Players can bet between £0.25 and £500 per spin by toggling the coin amount, which makes this slot suitable for players with low and higher budgets. NextGen's unique 'Superbet' function also allows players to buy in up to two extra symbols to increase the possibility of bigger wins for an added stake. Without the Superbet, the return to player percentage in the Miss Midas online slot is 95.3%, rising to 95.6% with a 25-credit Superbet. It's worth noting that the lucrative extra win symbols also increase the volatility of the slot, meaning there'll be fewer small wins as you pursue the big prize.

Since her dad is famous for turning everything he touches into gold, Miss Midas certainly has a reputation to uphold. Fortunately, this slot has enough interesting features to offer to keep us satisfied. During gameplay, the Miss Midas Wild will substitute for any symbol in a win line, except the scatter. On reels two, three and four, the Miss Midas Golden Touch feature can activate at any time, turning tiles adjacent to Miss Midas into new golden Wilds. If the Superbet is disabled then Miss Midas can turn the peacock and the throne into gold. If you choose to enable Superbet level 1 for 10 coins, Miss Midas can change the peacock, the throne and the fruit into gold, while level 2 can turn all three symbols including the rose into gold for an extra 25 coins. So, it’s definitely worth adding the extra stake if you can afford it.

In addition, Miss Midas boasts several lucrative special features. The Midas Palace scatter symbols trigger free spins, with 15 awarded for three scatters, 20 for four and 25 for five. During free spins, the Midas Touch feature extends beyond the three centre reels to cover all five. This could be the goose that lays the golden egg, as free spins can be re-triggered during the feature as well.

Finally, players have the option to gamble any wins they land. Simply click the playing card suit symbols under the reels after a win and you'll be given the chance to wager your winnings on the turning of a card. Predict the colour of the card that appears and you could double your money. If you're a risk-taker, you can even try to predict the right suit in a bid to quadruple your win.

With so many features and opportunities to win big, Miss Midas definitely is on her way to follow her dad’s footsteps, turning everything around her into gold.