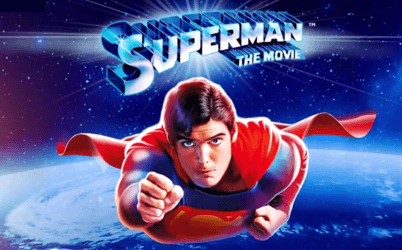 Play Superman The Movie For Free!
Bookmark It For Later 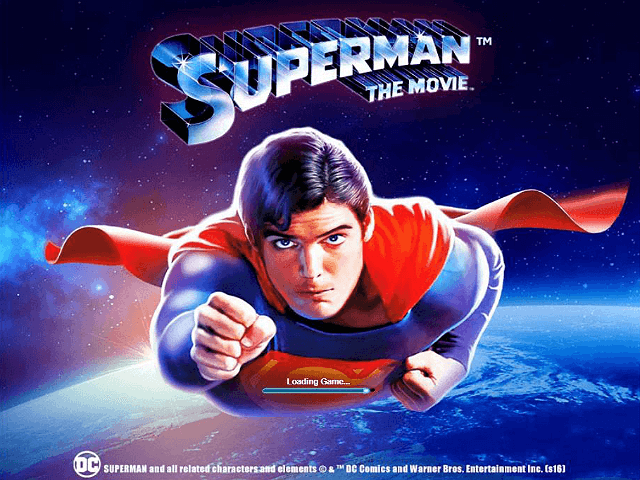 Play Free Demo
Version Directly in Your Browser
Play Superman The Movie For Free!
Bookmark It For Later

As you may have already concluded, this slot title from Playtech is based upon the Superman movie franchise, but this time it’s not the shiny new remakes that seem to pop up on a cinema screen near you on an almost weekly basis. Oh no, this Superman The Movie slot is based on the 1978 release featuring Christopher Reeve in the blue spandex and Gene Hackman as his nemesis Lex Luthor.

It remains one of the most highly-regarded iterations of the franchise to this day (along with the second installment). And so it’s pleasing to note that Playtech has done a fantastic job of bringing the silver screen action to the reels, and with 100 paylines, two bonus features and four progressive jackpots all in tow, players are guaranteed to feel like a superhero themselves – if they can land one of the big payouts that are up for grabs!

The five-reel setup plays host to all manner of good stuff – there’s no Kryptonite in sight here. Players have ten main game symbols to work with, plus a wild, a scatter and a Free Games symbol to enjoy. And with 100 paylines to take advantage of, which pay exclusively from left to right, you don’t need special powers to trigger a handsome prize.

You have the ability to modify your game board as you wish, and so Superman the Movie can be recommended to players of all budgets. The number of paylines is set in stone, but the total bet per spin can be changed using the up and down arrows on the marker. There are also autoplay and turbo mode options available.

The basic symbols in Superman The Movie are rewarding enough on their own. If you land five of the Superman icon on your reels, for example, you’ll trouser a payout of 500x your stake. If that’s not enough to have you heading down to your local phone box to get changed into your superhero outfit, then who knows what is.

But the real majesty of this Playtech title comes in the form of three special symbols and four progressive jackpots (more on the jackpots later). The first is the wild symbol, which is that iconic red ‘S’ logo. This substitutes for all other symbols apart from the scatter and bonus to create exciting new winning lines.

The first feature of note is the Crystal Bonus, which is triggered when three of the corresponding bonus symbols are spun on the middle trio of reels. Simply click on the icicles to reveal cash prizes, multipliers and lots more. Reveal the Free Games symbol on reels 1, 3 and 5 and you’ll trigger the free spins round.

Here ten freebies are awarded in the first instance, with any wilds spun locked in place for the second set of ten free spins. And a final note about those four progressive jackpots, which form part of Playtech’s DC Super Heroes jackpot network. These are all randomly triggered, so anybody can win big, with payouts of up to seven figures changing players’ lives. Now that really is super!