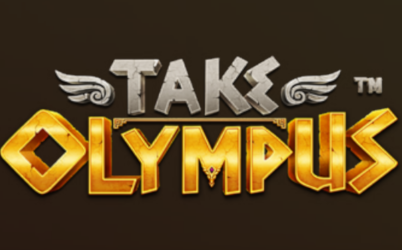 The gods of Ancient Greece battle across the 5 reels of the Take Olympus online pokie from Betsoft. Each god takes centre stage over the course of 10 spins, unleashing their powers at the end of a cycle. You’ll benefit from respins, multipliers, wild symbols, and mystery symbols, while Zeus takes charge during a free spins bonus round. You can play the Take Olympus pokie on a PC or mobile, winning a maximum of 93,120.00 at the highest stakes, and the average returns of this low volatility game come in at 95.49%. 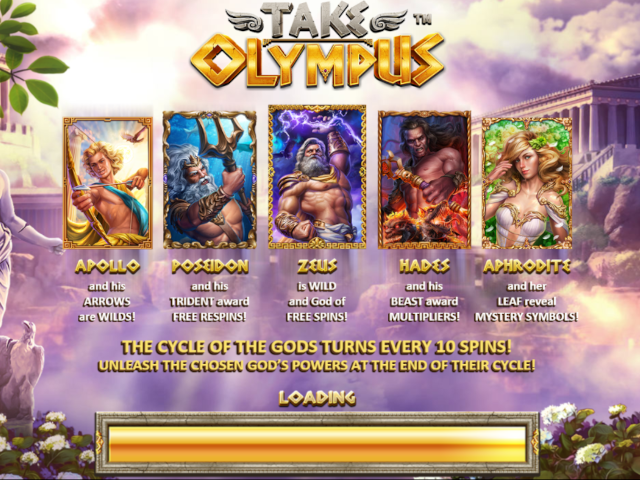 Take Olympus is an exciting pokie from Betsoft that takes you back to a time of powerful Greek gods. It’s optimised for iOS, Android, and Windows mobiles at the best mobile casinos, as well as PCs and plays out over 5 reels with the 4 rows of symbols crossed by 50 paylines.

How to Play the Take Olympus Pokies Game

You can meet the gods for between 0.20 and 45.00 per spin at the top online pokies sites, winning a prize when matched symbols land on at least 3 adjacent reels across a line from the left. There are 50 paylines in the Take Olympus pokie, and the low volatility makes it quite easy to create a winning combination.

You can win up to 2,328x your stake in this game, which adds up to 93,120.00 if you have the maximum bet on the triggering spin. That’s actually a pretty good multiplier for a low volatility pokie such as Take Olympus. The overall return to players percentage is a reasonable 95.49%.

Our Verdict on the Take Olympus Online Pokie

Join Zeus and his gang when you play the Take Olympus pokies game at the best desktop and mobile casinos. Generous welcome bonus deals are ready for collection at our favourite online casinos.