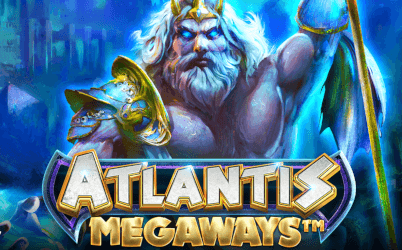 Yggdrasil takes you on a deep-sea adventure to a lost world with their Atlantis Megaways online slot. It’s a 6-reel game that offers up to 117,649 different ways to win and some exciting features such as symbol cascades that can create win after win, and a respins bonus where you can collect jackpots at the top New Jersey online casinos or the best Pennsylvania online casinos. You can play on PCs and mobiles for between 0.20 and 100.00 per spin, and the Atlantis Megaways slots game comes with a medium to high volatility, average paybacks of 96.1%, and wins that can reach 864,100.00 at the maximum bet.

Play Atlantis Megaways For Free!
Bookmark It For Later 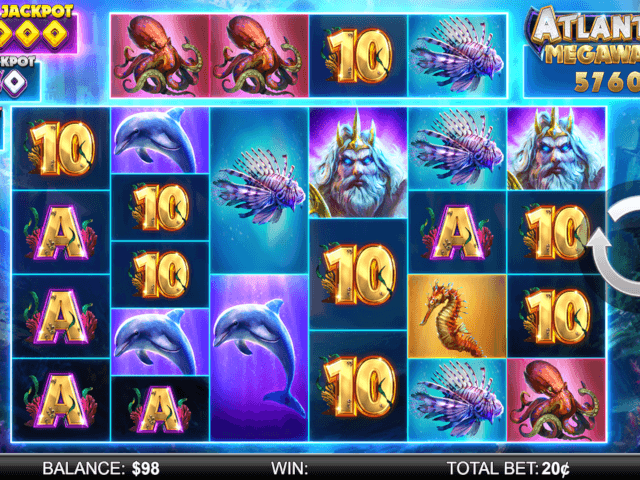 The Atlantis Megaways slot is developed by Yggdrasil Gaming in conjunction with ReelPlay. The impressive gid of symbols sits at the bottom of a virtual ocean, where the ruins of a legendary lost city still lie among the corals. Symbols such as seaweed-covered playing cards, a seahorse, octopus, and dolphin appear, along with Poseidon, a glaring undersea god. To the left of the reels you’ll see the values of 4 fixed jackpots, with the top prize worth 2000x your stake.

Thanks to the Megaways system, you see between 2 and 7 symbols on each reel, with the number varying at random between spins. With more symbols in view, you have more ways to win as you match up at least 3 of the same kind from the left side.

Other notable features include the temple, which can act as others to complete combinations, and a treasure chest that triggers the thrilling jackpot respins feature.

You can play the Atlantis Megaways slot on Android, iOS, and Windows mobiles, as well as PCs, with no changes to the style, features or payouts of up to 864,100.00 across any device.

How to Play the Atlantis Megaways Slots Game

The bet range is very generous, with minimum stakes of 0.20 and a maximum of 100.00 for each spin at any of our recommended Pennsylvania slots sites and the top New Jersey slots sites. It’s a simple game to set up, with the standard Yggdrasil Gaming control panel designed for players with any level of skill and experience.

Click the stacked coins symbol on the controls to reveal all of the bet options, or the 3 lines to the left of the game to open up the paytable. You’ll see how many times your bet each symbol is worth, with the lowliest playing card returning up to 0.5x the bet, and Poseidon worth up to 100x.

The circle around an arrow button unlocks an Automatic spins mode which you can set to run for up to 999 consecutive games.

As well as Megaways, this game comes with cascading reels and jackpot respins. Any symbols in a win will be removed, leaving gaps for those above to fall down into, as new symbols appear from the top of the game. Cascades continue for as long as they create new wins, with no upper limit.

Six or more treasure chests stick in place for the Jackpot Respins bonus feature. The rest of the reels respin 3 times. If more treasure chest scatter symbols appear in a respin, they also lock in place and the respin counter gets reset back to 3. This continues until either no treasure chests land for 3 consecutive respins, or they fill all symbol positions. At the end of the round, the chests reveal prizes, or any of the 4 jackpots. The Mini, Minor, Major, and Grand prizes are worth 10x, 50x, 200x, and 2000x your total bet, while treasure chest wins are worth anywhere from 1x to 100x.

Surprisingly, the jackpots don’t pay the maximum possible prizes, as you can win up to 8,641x your total bet when you play the Atlantis Megaways slots game. That’s 864,100.00 at the maximum 100.00 stake.

It’s a medium to high volatility game, and over the long term, the payback percentage is 96.1%.

Like other Megaways slots, part of the excitement comes from the varying number of ways to win in each spin. A counter lets you know how many you currently have and if you are lucky enough to land the maximum number, or anywhere near, multiple winning combinations are all but guaranteed.

Of course, the hugely popular underwater theme mixed with Greek gods is a further attraction, and the Jackpot Respins bonus round is a thrilling feature where you are certain to collect a prize, even if it’s not an actual jackpot.

Be sure to play the Atlantis Megaways slots game at the best New Jersey and Pennsylvania slots sites with the biggest and best welcome bonus offers, such as those we feature at gambling.com.