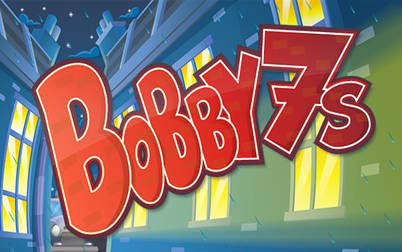 As a game based on bobbies and robbers, you can probably guess what to expect on the reels. In terms of design, NextGen’s Bobby 7s online video slot looks pretty simple. There are 25 adjustable paylines and 5 reels graced by cartoony fruit symbols, bobbies, robbers, and the unique Police, Judge, and Crook 7s. If you’re wondering what these are, they are sevens dressed as each of these characters.

You can bet between $0.25 and a whopping $5,000 per spin (a maximum of $200 per line), making the Bobby 7s slot perfect for new slot players and veterans as well. With low-medium variance, you will win frequently in this slot, but don’t expect big sums of cash. Although the maximum possible win is quite lower than the usual, you can still win prizes worth 500 times your stake if you’re very lucky.

And the fun doesn’t stop there. The crook (thief, robber, whatever you call it) symbol is the game’s scatter that triggers the bonus round. It’s a simple free spins round with doubled prizes that’s activated when the symbol appears on reels 1, 3, and 5 simultaneously. Three funny crooks will instantly give you a prize worth double your bet while also triggering the free spins round. The great news about this round the 7s features are active during it, so you can win pretty enticing prizes.

You can win up to 20 free spins with the 7s features also active during this round. Depending on which special feature you activate, you get different prizes. With the Police 7 feature, you can win a prize worth 500 times your stake which is more than an enticing prize. So go on, channel your inner bobby and chase those robbers – it could very well be worth your while at one of our recommended top New Jersey slot sites or top Pennsylvania slots sites.